Up to 25 provinces are at risk due to heat this Sunday, with temperatures reaching 41C in Badajoz and Córdoba 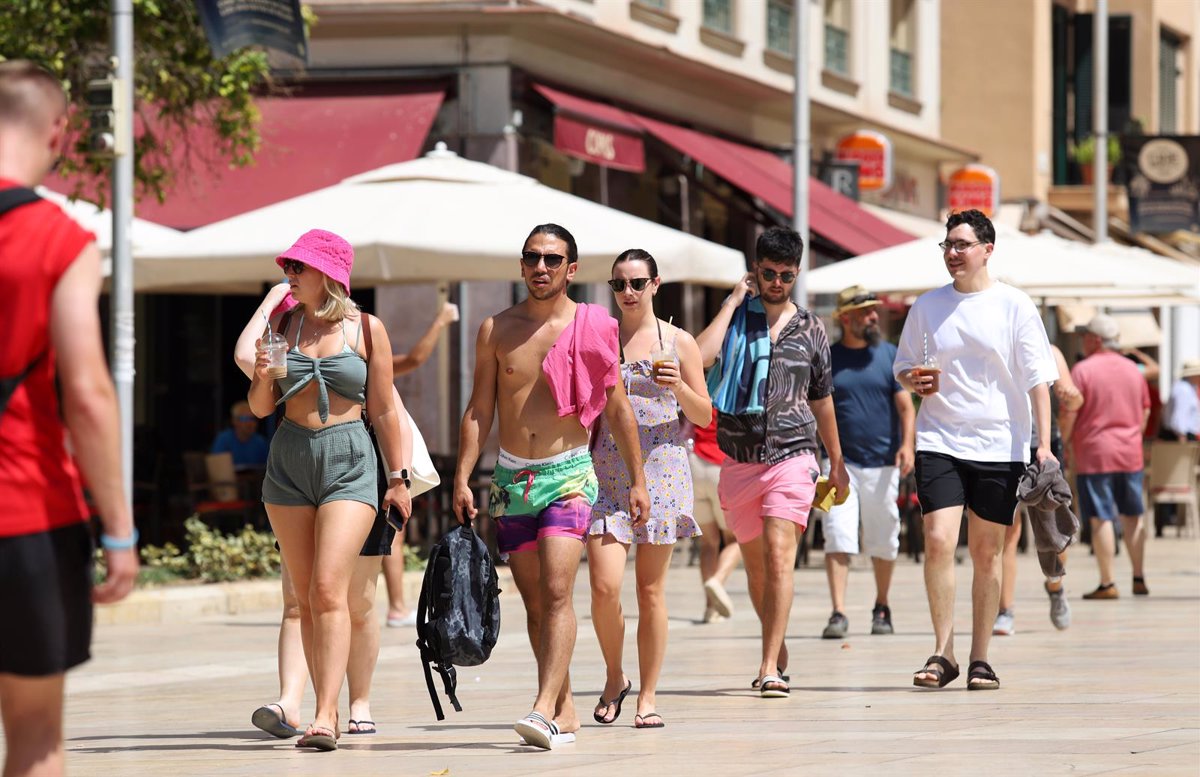 Up to 25 provinces are at risk (yellow) or significantly at risk (orange) this Sunday due to high temperatures reaching up to 41C in Badajoz and Córdoba, while another five provinces have a warning of rain and storms, according to the forecast of the National Meteorological Office (Aemet).

In Andalusia, Córdoba, Granada, Jaén and Seville will be at significant risk due to the heat, which will also put Almería, Cádiz and Huelva at risk, but less so.

The same will happen in Ávila, León, Salamanca, Segovia, Valladolid and Zamora in Castilla y León and Ciudad Real, Cuenca and Guadalajara in Castilla-La Mancha, where the Toledo heat alert will be important.

The high temperatures will also put Badajoz and Cáceres in Extremadura at significant risk, as well as Ourense in Galicia, where the heat warning extends to A Coruña, Lugo and Pontevedra, but at a yellow level. Madrid and Gran Canaria are also at risk due to the heat.

Aside from slight decreases in the eastern interior of the peninsula, maximum temperatures will generally increase across the country, more markedly in the southwestern and northern thirds of the peninsula and particularly in southern Galicia and central Canary Islands, where increases could reach notable ones.

Thus, in the surroundings of the Ebro Valley, southern Galicia, in the central plateau of Gran Canaria, as well as in most of the center, in the west and south-west of the peninsula, 35 ° C are exceeded, in the valleys of the main rivers even 40 ° C are reached in these zones. A maximum of 41 °C is measured in Badajoz and Córdoba.

On the other hand, the rains and storms will put the provinces of Teruel in Aragon on alert (yellow); Cuenca, in Castile-La Mancha; Barcelona and Girona in Catalonia and Valencia.

Intervals of low clouds are expected, particularly in the north of the Canary Islands and around the Strait, and in the Levant and northern third of the peninsula, tending towards partly cloudy or clear skies in these areas, except at the western end of the Bay of Biscay where they are more persistent and it is not excluded that they will cause light rain at the eastern end.

In the afternoon, instability will increase with evolutionary clouds in the center and eastern third of the peninsula, with the likelihood of causing showers and storms in Catalonia, northeastern Castilla-La Mancha, southern Aragon and the interior of the Valencian Community. and that of northern Catalonia and eastern Iberia could be strong and accompanied by hail. Otherwise there are partly cloudy to clear skies.

In addition, haze is likely to increase throughout the day in the eastern Canary Islands, while morning fog and fog banks will prevail at higher elevations in the northern peninsula and inland Levant.

Intervals of strong winds from the NE are also expected in NW Galicia and trade winds in the Canary Islands, fading from the north in Ampurdán and the north of the Balearic Islands, from the east in the western Cantabrian Sea, in the Levant Strait and Alborán, and from the NE on the coast peninsula south-east.