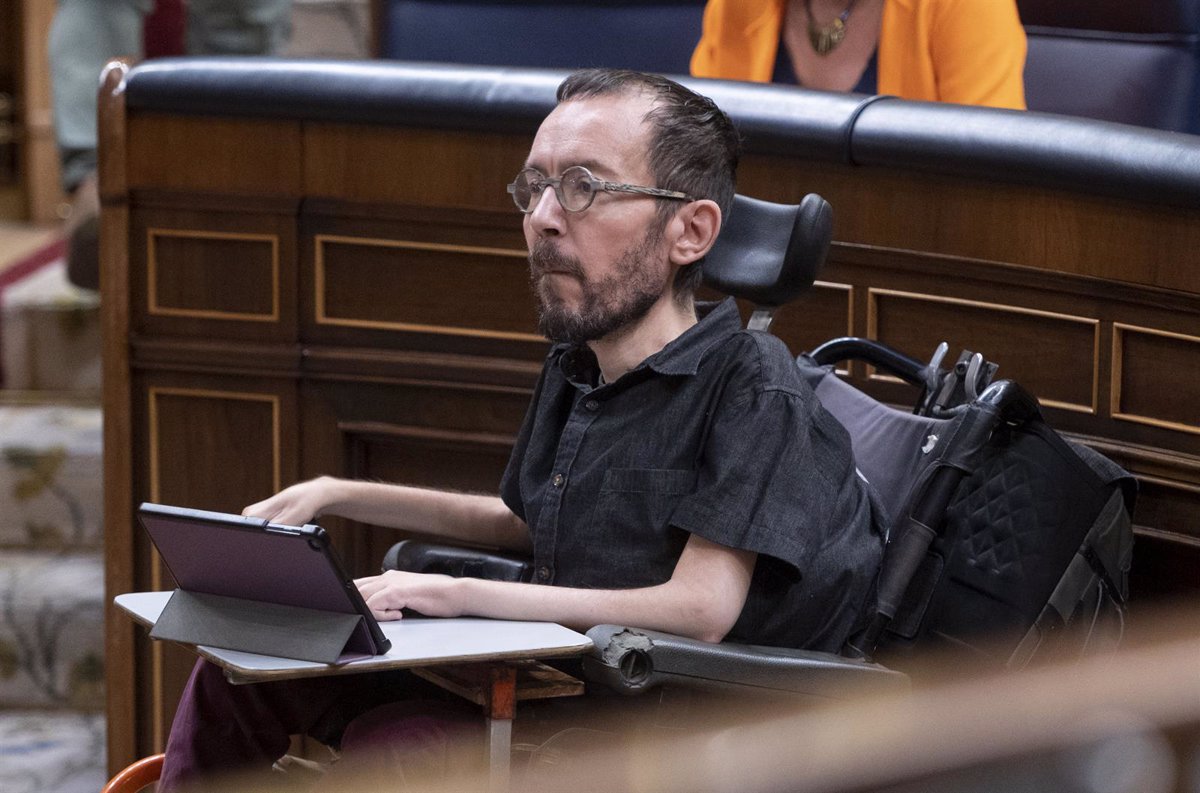 United We Can spokesman in Congress, Pablo Echenique, announced this Thursday that his political force is committed to the geostrategic autonomy of Europe and Spain and not to “follow” the United States in its particular interests.

This was expressed in relation to the bilateral meeting that Prime Minister Pedro Sánchez and his US counterpart Joe Biden will hold as part of next week’s NATO summit in Madrid.

The leader of the “Purple” formation has revealed in an interview on TVE collected by Europa Press that they are not concerned that internationally and geostrategically there are “commercial and all kinds of ties with the United States,” though they are concerned about subordinating Spain’s geostrategic interests to those of the United States.

“It is good that there are international and commercial relations with the United States,” he stressed, while pointing to the importance of an autonomous European and Spanish foreign policy also within the European Union.

He pointed out that the North American country had democratic problems “recently” and that in the past it had “sometimes” not gone well for Spain to follow in the footsteps of the United States. “What would happen if Spain and Europe accept a geostrategic scheme to follow the US and Trump wins the election again in two years?” he asked.

MEMBERS OF UP WILL ATTEND THE DEMONSTRATION ON SUNDAY

The leader of Podemos has indicated that there will “certainly” be members of his political space who will take part this Sunday in the demonstration that will take place in Madrid against the Atlantic Alliance summit, but he has indicated that the ” what’s important” is that there are policies that “defend the peace” because it’s also the “fastest” way to curb inflation.

Regarding the presence of Podemos ministers at the events surrounding the summit, Echenique replied: “I don’t think that will happen. It’s not a peak we like.”

In this sense, he explained that they do not share the aim of the summit at all. “The summits at which an increase in arms spending is agreed are not the ones that our political space likes,” the UP leader said.