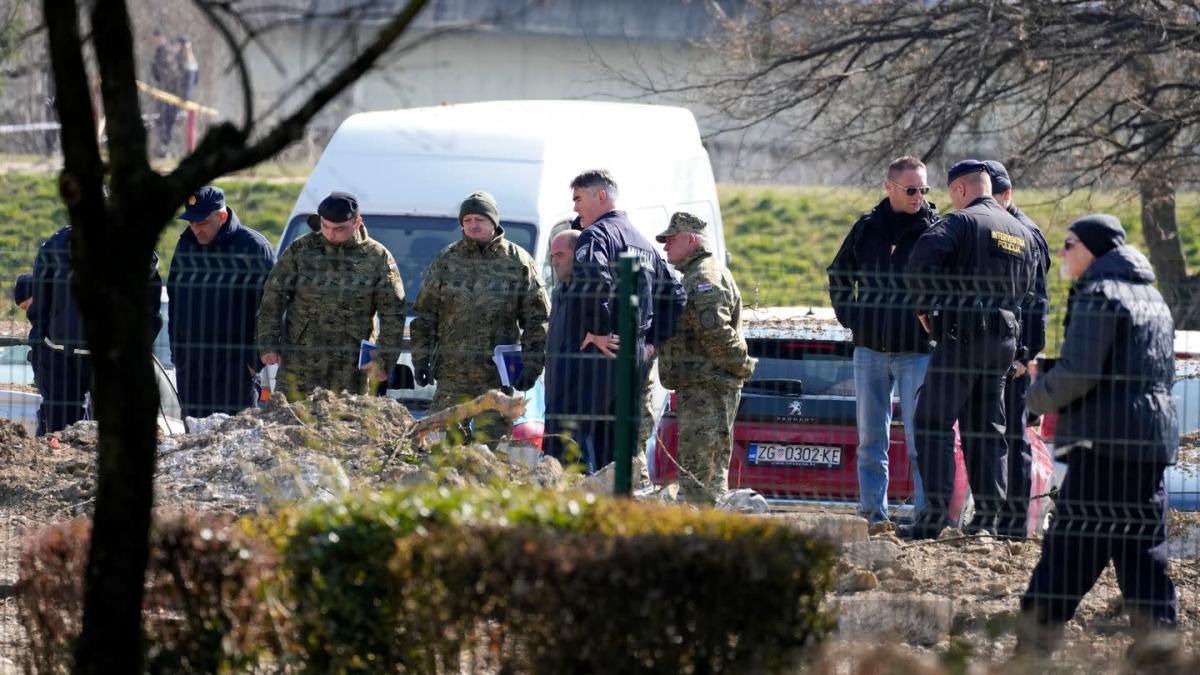 Zagreb/Budapest (dpa) – The crash of an unmanned military plane over the capital Zagreb has shocked Croatian public opinion.

The drone, which is about seven meters long and weighs six tons, hit Jarun Park on Thursday night, Croatian authorities confirmed. Although there is a bedroom nearby, no one was injured or killed. Parked cars were damaged.

The aircraft had taken off from the Ukrainian territory according to the flight route that had been determined in the meantime. “According to the information we have available, it is a Russian-made plane,” Croatian Prime Minister Andrej Plenkovic said on the sidelines of the EU summit in Versailles. “We don’t know if it was in the possession of the Russian or Ukrainian military,” he added.

Croatian authorities confirmed that it was a Tupolev M-141 long-range reconnaissance drone, which was still being produced in Soviet times, in the 1970s. The aircraft entered Croatian airspace via NATO countries , Romania and Hungary. It flew at an altitude of 1,300 meters at a speed of 700 kilometers per hour and remained in Croatian airspace for seven minutes. Croatia is also a member of NATO.

In neighboring Hungary, people were puzzled as to how the drone could fly over the country from east to west for a good 40 minutes without being seen. The Hungarian Defense Ministry limited itself to stating: “We have already noticed that the object was flying at high speed over the territory of Ukraine. (…) From the moment it entered Hungarian airspace, we monitored and controlled it until it left the country’s airspace.”