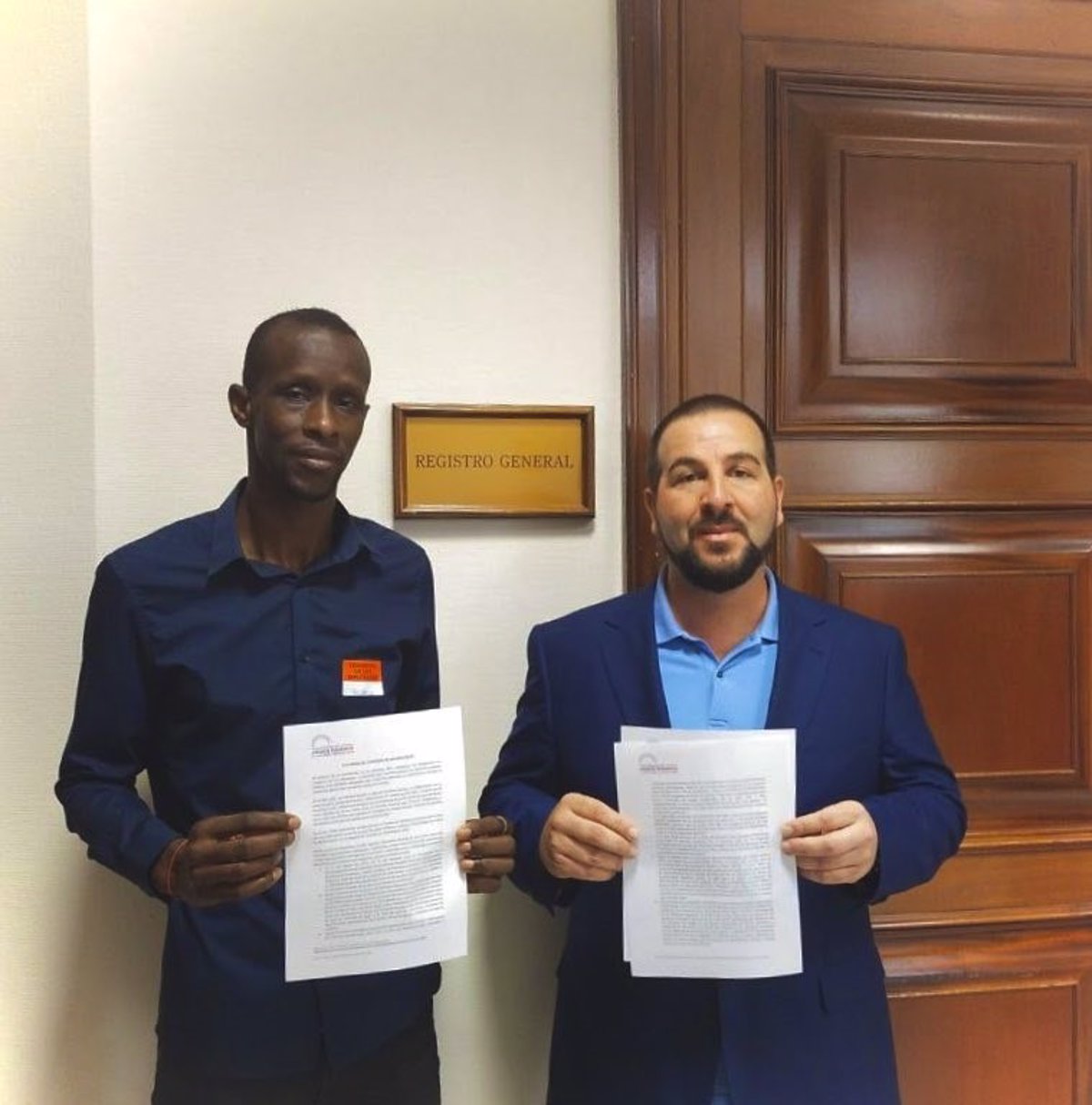 Register a question accompanied by Serigne Mbaye, who was recently identified and his party said it was because he was black

United We Can asked the Home Office in Congress to explain the measures it has taken to prevent police stops from being conducted on the basis of racial or ethnic profiles.

This is formulated in a parliamentary question formulated by the deputy of the Confederal Group and leader of En Comú Podem, Ismael Cortés, who was accompanied at the time of registration by the deputy in the Madrid Assembly, Serigne Mbaye.

Exactly, the spokesman for United We Can in Congress, Pablo Echenique, recently denounced that the National Police had registered the anti-racism secretary of the formation and deputy in the Madrid Assembly, Serigne Mbayé, on a train after he had traveled to Valencia to to take part in the party’s ‘Spring Festival’, in his view, because he is black.

In describing his initiative, the head of En Comú Podem argues that as early as 2005, an open society study “showed that rational profiling practices were ‘prevailing’ among law enforcement officials.

It also recalls that in 2009 Spain was convicted by the UN Human Rights Committee of rational discrimination in the case of Rosalind Williams, who asked the National Police at Valladolid train station in 1992 for documentation.

“Studies have been carried out in this direction since to date and there have been several organizations, bodies, corporations and media that denounced these types of actions and asked for control over them so that the identifications are as objective as possible, Cortes reasons.

For example, it is stated that the Ombudsman has made various recommendations to the national police since 2013 and that, despite a circular on this practice, complaints based on ethnic criteria continue to be received.

It also points out that a study indicated that between 2011 and 2013 the identifications of foreigners, although they represented 11.7% of the population, accounted for 54.5% of the total number of identifications carried out for this group.

For ethnic appearance, North African Gypsies and Afro-Latin Americans were arrested at 60%, 45%, and 39%, respectively. “That means the police have identified 10 times more Gypsies and 7.5 times more Maghrebs than the rest of the population,” says the United We Can MP.

Cortés points out that another 2020 report by the Council on the Elimination of Rational and Ethnic Discrimination indicated that this feeling about being treated by the police had decreased across all groups.

However, it was reported that the population from non-Mediterranean Africa was the one with the highest perception rate of discrimination at 37%, followed by the North African community (26%), Roma (24%) and Indo-Pakistani (22%). )).

- Advertisement -
Share
Facebook
Twitter
Pinterest
WhatsApp
Previous articleCiudadanos remains only a senator and must restructure his faction in the senate
Next articleSix detainees and more than 2,800 marijuana plants intervened in four operations in Almería province