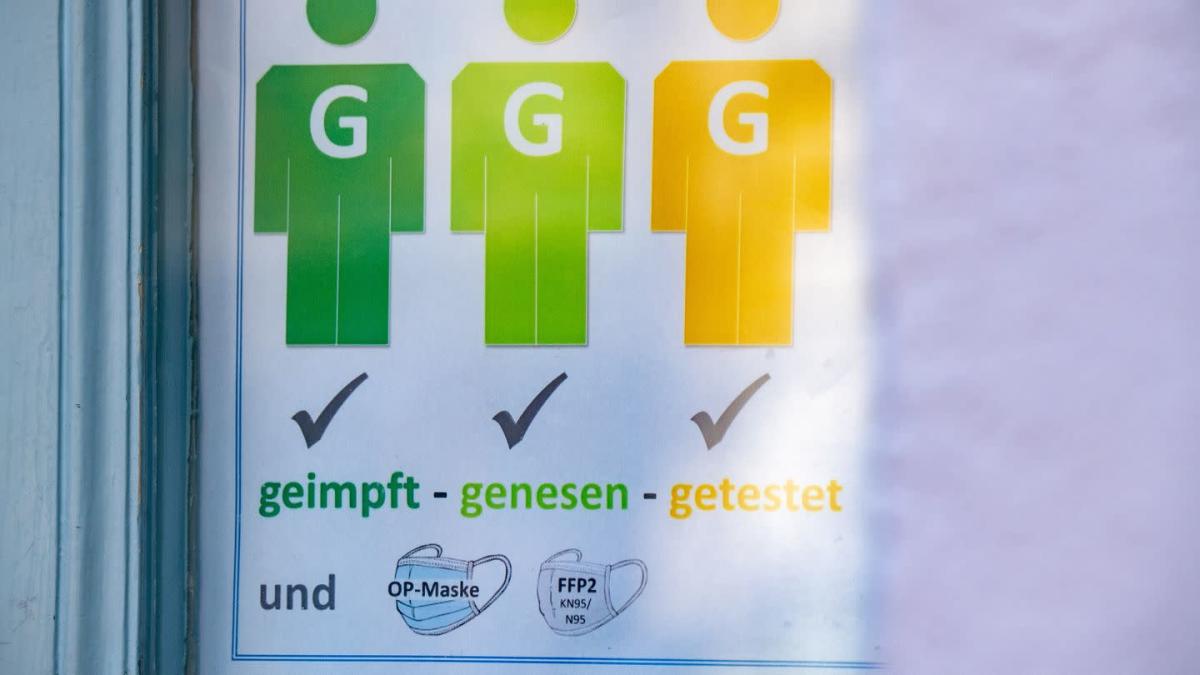 The Union continues to fight against the modified infection law with only a few corona protection rules. The German Association of Cities assumes that the law will be corrected soon.

The Bundestag had approved the new regulation, the Bundesrat let it pass, but with widespread protests. The Chamber of States refrained from convening the Mediation Commission because otherwise there would have been no legal basis since Sunday for the time being. The amended law was published in the Federal Law Gazette on Friday.

The new legal basis should apply from tomorrow, since the current one expires this Saturday. To control the pandemic, the federal states may still set some general requirements for masks and testing in facilities for vulnerable groups such as clinics and nursing homes. Masks should remain mandatory on buses and trains. However, further restrictions are possible for regional “hotspots” if the state parliament determines a particularly critical corona situation for them. All countries want to use a transition period and keep the protection rules applicable until April 2 at the latest.

criticism of the law

The parliamentary director of the Union faction, Thorsten Frei, called the law “horrible”. This means that adequate basic protection is no longer possible. The “hot spot” rule puts countries in a very uncertain legal situation, criticized the CDU politician in the “Neue Osnabrücker Zeitung” (Saturday). “I will say it very clearly: we do not want to have anything to do with this law. We consider what the traffic light is presenting completely irresponsible,” Frei said.

Bavarian Health Minister Klaus Holetschek complained that the law was not practicable. It is not clear how it can be applied and what standards and parameters apply to “hot spots”, said the CSU politician from the “Augsburger Allgemeine” (Saturday). Therefore, Bavaria does not plan to make use of it at the moment. No precautions will be taken after April 2, Holetschek said.

NRW Prime Minister Hendrik Wüst (CDU) criticized the federal government for giving up the law on the experience of states. All countries agree that this approach is unacceptable, the president of the Conference of Prime Ministers told the editorial network Germany (RND/Saturday). Wüst added: “I hope that the federal government will soon be common again in pandemic politics.”

Federal Finance Minister Christian Lindner defended the law. He is “responsible” and finds the right balance between individual and state health protection. The federal states are still able to act with the “hotspot” regulation, said the head of the FDP of the “Augsburger Allgemeine”. “Now we are taking a step towards normalcy with Corona,” Lindner said. “In this phase of the pandemic we are reinforcing people’s personal responsibility,” he emphasized.

China reports for the first time dead crown for a year

The German Association of Cities hopes that the new rules will be corrected quickly. “Now there is a patchwork quilt to fear,” city council president Markus Lewe told the Funke media group newspapers (Saturday). “And it is very likely that the law will have to be amended again soon,” he added.

Many countries in Europe have already largely abolished the corona rules. Austria is now tightening the reins again in view of the sharp rise in the number of infections. From the middle of next week, FFP2 masks will have to be worn in public interiors again, as Health Minister Johannes Rauch announced on Friday night. In the neighboring country, the seven-day incidence is about twice as high as in Germany.