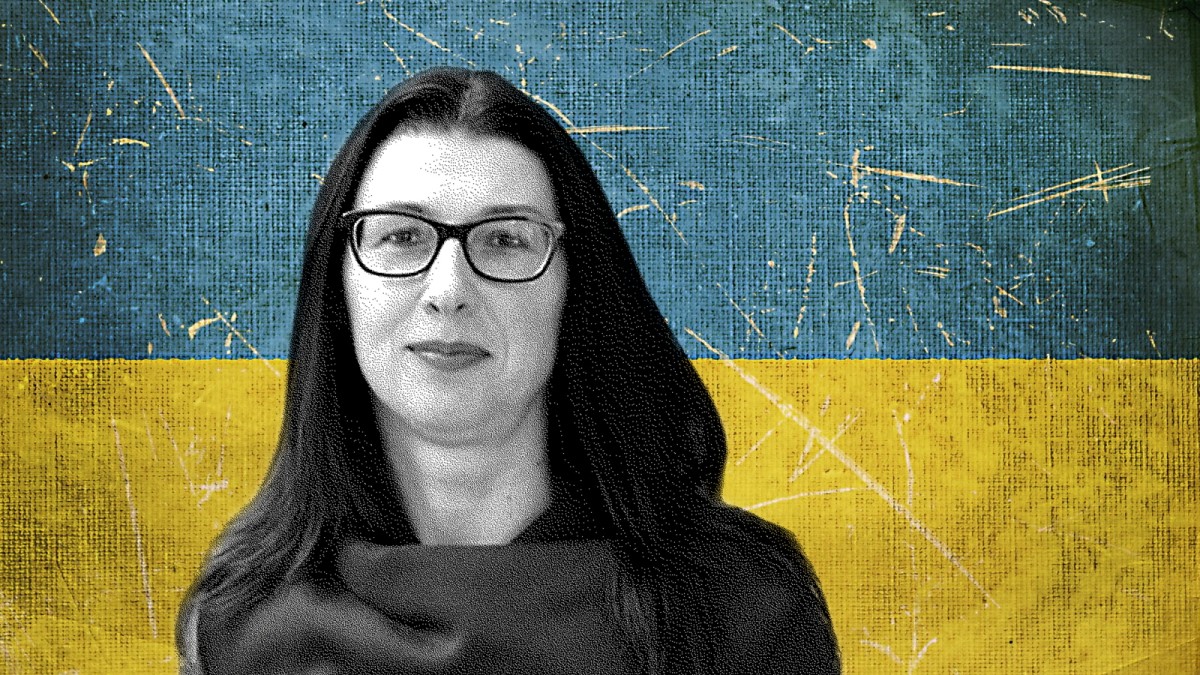 Our team at the International Office is downsizing, a young colleague is leaving with her 16 year old sister. A. didn’t really want to leave, her sister S. didn’t want to leave either, her arguments with her parents were violent, A. had been quite depressed in recent days. She now she is through Romania to Dortmund. We will miss her, a young woman who speaks fluent English, confident and tough. The German television crew also leaves Chernivtsi and travels further east. That makes me feel sad. After a few days of working together over and over again, you almost feel connected. This game feels like a small personal loss to me.

A second delivery of IKGS aid will arrive on Friday. This time it’s my turn to drive to the border. Relief items are loaded in the customs area. The customs officer is in a bad mood and explains to the driver and me that it would be impossible to complete the delivery without a Ukrainian translation of the documents, and that we did not have this and that required letter. However, the official letter from the military district administration (as the Chernivtsi district administration is now called) and the person of the pro-rector of Suceava University make it more lenient. The Prorector is an integrator for the universities and the region par excellence: he comes from the Ukrainian part of Bucovina, his mother lives here, he himself studied at the University of Chernivtsi and did a degree in the south of Bucovina, Romania. “Ștefan cel Mare” university in Suceava became one of the first of our international partner universities after reunification. I also receive a sum of money from the Proctor. We will certainly spend the money quickly.

It is very, very bitter to have to ask yourself those questions.

Things are unloaded in a dormitory student common room, quickly sorted and distributed: they go to the local defense troops, the military hospital, but also to people in the dormitories. L calls. Another 100 sets of bed linen are ready for collection, I can also pay in euros, the sum will be converted. So we make another detour to the company, we get lucky with the college bus driver, he’s relaxed and cooperative, that’s not necessarily to be taken for granted. Despite the lunch break in the accounting department, everything is quickly arranged and the bedding arrives in bedroom number five.

On Saturday there is another aid shipment, a private initiative of a friend born in Chernivtsi and our former German cultural manager B. This time it is “my boys’ turn, I myself am on duty at the university. There are positions that are now staffed 24 hours a day. Our former colleague B. also takes four people from the border, they are his acquaintances, two wives, two children. Transport for them can be arranged as quickly and easily as is only possible in the digital age: A few days ago, an acquaintance, O., from Dnipro contacted me. He is also in Chernivtsi, he is there with his car, he would be happy to help, a coffee together would also be nice. I am very satisfied. In recent years, O. has been involved in our exchange projects with the Bredbeck educational center as a group leader. Now I ask the transfer to the border. It works, of course, a time is agreed, then I establish direct contact, everything is done in a few clicks, by the way. God bless the Internet. And one of the latest jokes (which is actually not a joke at all) goes like this: “While the last McDonald’s is closing in Moscow, Elon Musk’s first Starlink station arrives in Chernivtsi.”

The products are distributed quickly, and some also go to Kiev. The rector of a university is in Chernivtsi and collects things with her private transport. The next big drug shipment is supposed to come from Halle on Wednesday or Thursday, probably by truck. We are analyzing if we can send something to Kiev again and how.

Even if you have no idea about war, you wonder how it is possible.

At 5:30 am on Friday night, the air raid alarm sounded. My guest M. and I go to the basement, my mother stays in bed. In the middle of my sister’s house, five of us sat in a small but well-protected wardrobe. As M. and I sit on the chairs, I say: “When we met more than 12 years ago as part of the German-Ukrainian doctoral program, could we have imagined that one day we would be sitting in the basement of my house in Chernivtsi? Unfathomable are God’s ways. An hour and a half later I can’t sit down anymore and come back upstairs, it’s quiet outside. Our cats want to come in. It’s bright sun. I stay in the kitchen, half an hour later the go-ahead is given.

The news says that the Ivano-Frankivsk airport has been bombed again. During the day, we take an old mattress down to the basement, so that he can at least lie down. Sunday night air alert is at 3:25 am, M. and I go down, go to bed and continue dozing. M. dozes while he is sitting. Departure again at 7:00 am Ivano-Frankivsk airport was bombed again, according to the mayor now it is completely destroyed. In addition, the military training area in Yavoriv in the Lviv region was hit with 30 rockets. As I write these lines, 35 dead and 134 wounded are reported, the figures are not definitive. Even if you have no idea about the war and the army, you wonder how it is possible: no air raid alert, no other security measures, when it was to be expected that military sites in western Ukraine would also be attacked sooner or later. It is very, very bitter to have to ask such questions.