UN warns of catastrophe in Yemen if $4.3bn funding gap not covered 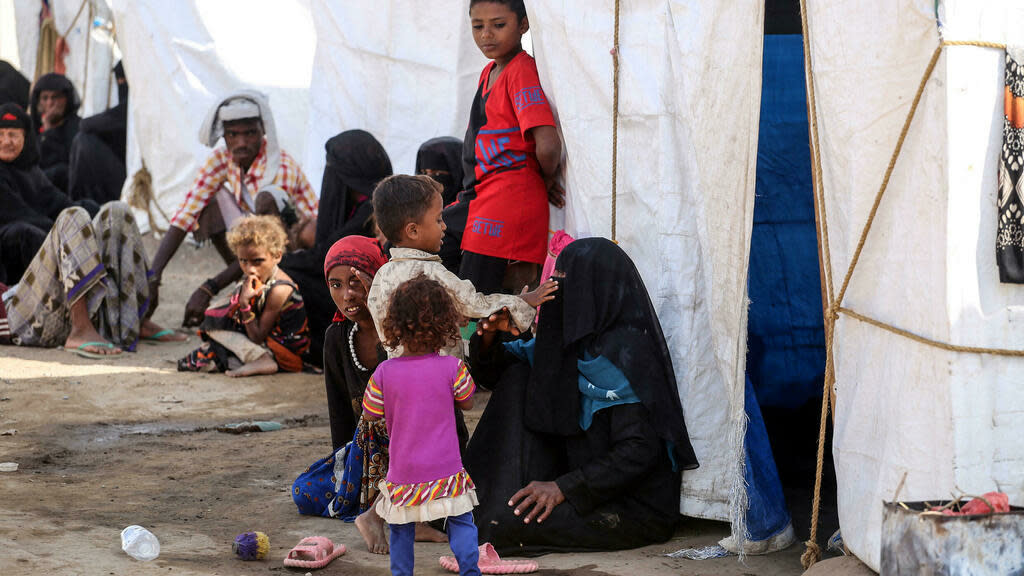 Yemen must not become a forgotten crisis behind Ukraine, organizers of Wednesday’s UN pledging conference said, warning of catastrophic famine if donations are not forthcoming.

The United Nations lists war-torn Yemen as the world’s worst humanitarian disaster, but the money keeping the situation from getting worse is now running out, they warned.

“Today we come together to fill a huge gap in funding for the life-saving response,” UN humanitarian chief Martin Griffiths told reporters.

“The war is in its seventh year and counting. The economy is in ruins. Basic services are collapsing,” he added.

As funds had been drying up since late last year, aid agencies were forced to cut or stop food and health services, he said.

“Today we hope to raise the money to replenish the food supply, supply health clinics and provide shelter for the displaced.

“And to send a message to the people of Yemen that we don’t forget them,” Griffiths said.

“It will surely harm the lives of many Yemenis,” he said, given that the country is almost entirely dependent on food imports, with nearly a third of its wheat supplies coming from Ukraine.

Yemen has been rocked by a devastating war since 2014, pitting Iranian-backed Houthi rebels against the internationally recognized government, backed by a Saudi-led military coalition.

Hundreds of thousands of people have been killed directly and indirectly in the war and millions have been displaced.

‘teetering on the edge’

Wednesday’s pledging event is being co-sponsored by the UN humanitarian agency, Switzerland and Sweden.

“As, of course, Ukraine keeps us very busy and is a big concern, it is crucial that no other crisis becomes a forgotten crisis,” said Manuel Bessler, Switzerland’s head of humanitarian aid.

The humanitarian situation is set to worsen between June and December, the Food and Agriculture Organization of the United Nations, the WFP and the children’s agency UNICEF said in a joint statement.

Yemen’s already dire hunger crisis is on the brink of outright catastrophe, with 17.4 million people now in need of food assistance and a growing share of the population facing emergency levels of hunger. UN agencies.

The WFP said the number of people in need of food assistance had increased by 1.2 million over the past year, and is expected to reach 19 million people in the second half of 2022.

“We are facing a crisis of seismic hunger if we don’t step up now,” said WFP Executive Director David Beasley.

“The funding for Yemen has never reached this point. We have no choice but to take food from the hungry to feed the hungry.”