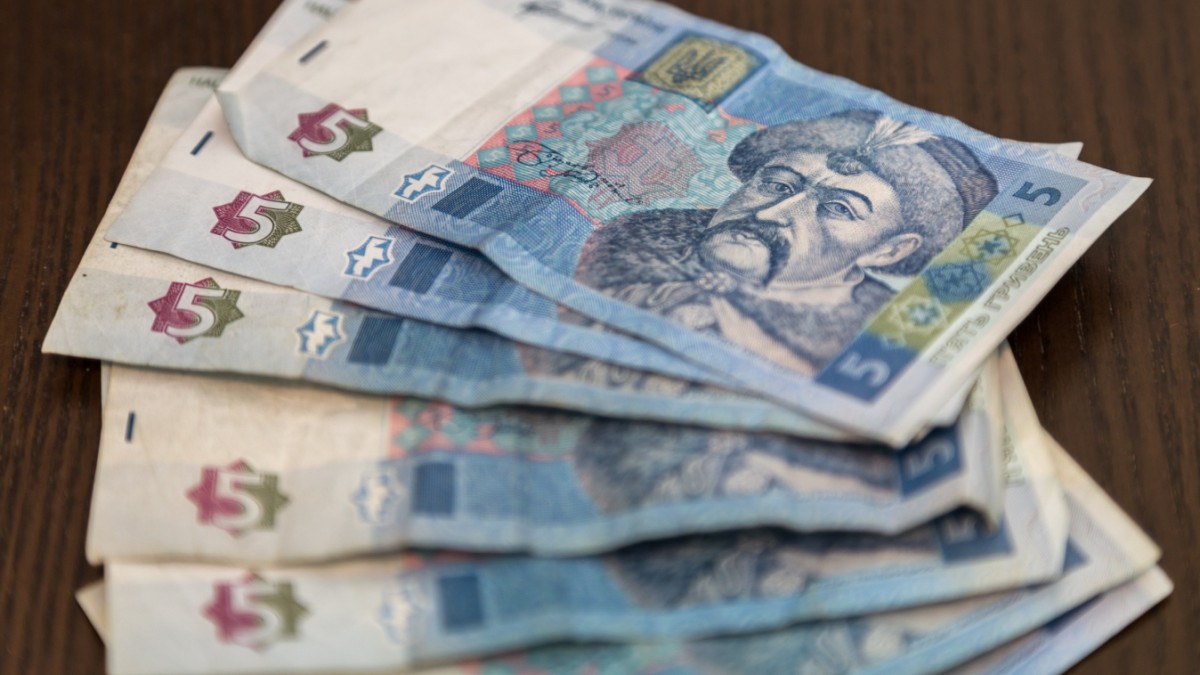 The numbers are increasing day by day: According to the federal government, more than 109,000 refugees from Ukraine have arrived in Germany so far. Those who have the difficulties behind them are safe. But refugee aides now report that people in Germany who fled the war face a problem that has so far received little attention.

Because many Ukrainians would have quickly withdrawn their savings before leaving the war zone in order to pay expenses across the border. But in Germany they have to realize that their cash is practically worthless. Banks across Europe now refuse to exchange Ukrainian currency for euros at their counters. This significantly exacerbates the already difficult situation of the refugees. Because many are initially penniless after arrival, although they have their own reserves.

The Deutsche Bundesbank in Frankfurt is aware of the problem. The currency is virtually no longer “convertible,” a spokeswoman confirms. This makes it impossible for banks to exchange cash holdings. The reason: Ukraine’s central bank had declared a “war economy mode” for the currency. It can no longer be negotiated. Anyone who buys currencies as a bank runs the risk of not finding another buyer. The institutes face losses.

In Berlin, the most important contact point for refugees from Ukraine, the Berliner Sparkasse, which has generally not exchanged currency for a long time, confirms the problems. “Since the beginning of the conflict between Russia and Ukraine, trading in banknotes denominated in rubles and hryvnias has been suspended,” a bank spokesman said. A currency exchange is not possible. “The German banking industry, and as part of it our umbrella organization DSGV, is therefore currently looking for a solution together with the Bundesbank.”

The federal government is also looking for a solution. However, the number of people involved seeking a solution makes it clear that a very quick solution cannot be expected. The Federal Ministry of Finance says that the situation affects several countries and requires a European solution. The European Central Bank is also dealing with this issue. It can also be heard in German government circles that various ministries are already in contact with each other over the exchange issue. It is said that there is great interest in helping refugees, but the solution is complicated.

The National Bank of Ukraine reports that it is working with the central banks of neighboring countries to find a solution, but that will take time. Therefore, it is currently recommending that all refugees not carry their money in cash. Instead, they should deposit it into their Ukrainian accounts and then pay cashless abroad by card or withdraw money in the respective national currency. Refugees from Ukraine are entitled to help through the Law on Benefits for Asylum Seekers. However, this is of course no substitute for being able to access your own funds.

The opposition in the Bundestag calls for a quick solution, at least for Germany. “It is a big problem when women and children who find protection in war find out after their arrival that all their money is worth nothing because the banks refuse to exchange it for euros,” warns Dietmar Bartsch, leader of the Left Party. . “Finance Minister Lindner is called upon to initiate a non-bureaucratic solution immediately,” says Bartsch. In this exceptional situation, the exchange of a certain amount must be possible, which also ensures first aid during the first days after arrival. “It is also a matter of respect for the families who have often lost everything in recent days.”

If a state solution is not reached -or at least not in the near future-, private initiatives could also be considered. One model could be to help refugees not with money or in-kind donations, but by agreeing to exchange some of their hryvnias for euros.