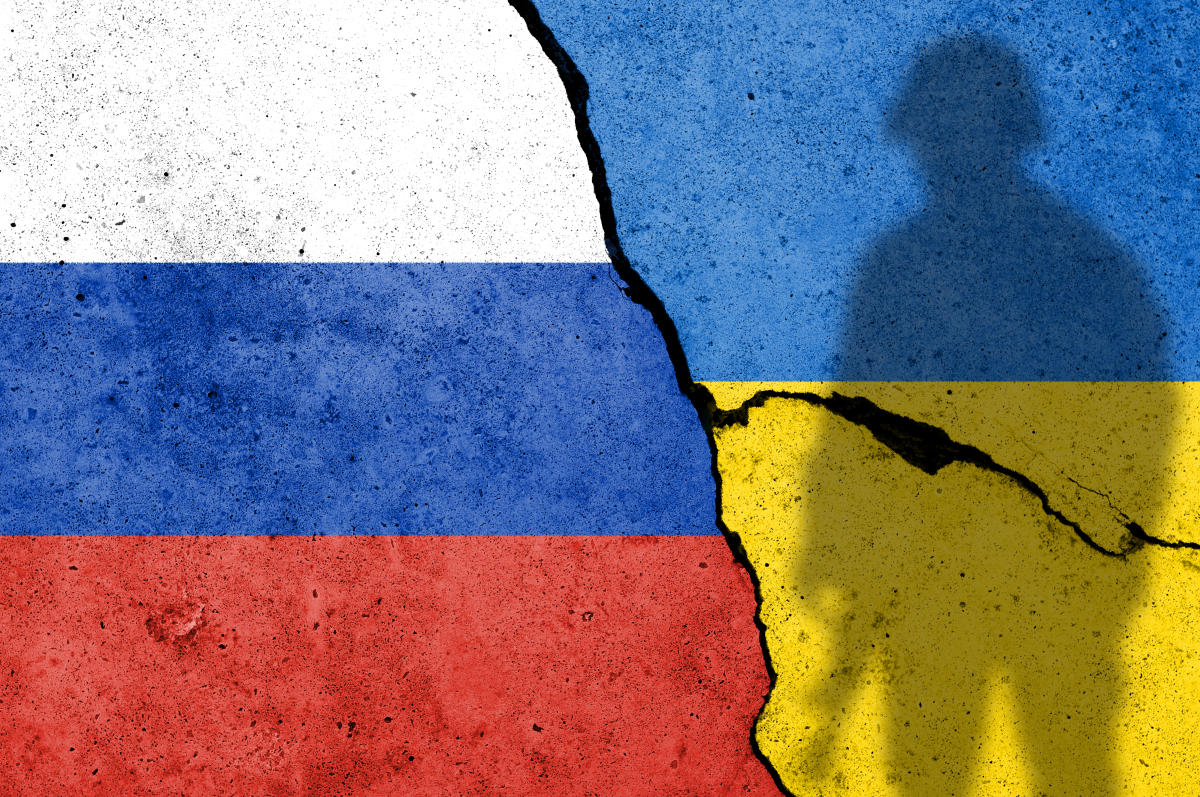 The country has been at war since Russia invaded Ukraine. Here are the latest developments.

This ticker is continuously updated.

The situation of the news in the live broadcast:

Seven humanitarian corridors were established on Sunday for fleeing civilians in Ukraine’s war-torn cities. Aid items must also be brought to the cities via the routes, Ukrainian Deputy Prime Minister Irina Wereschuk said in kyiv. Brokers were set up in the areas around the capital kyiv and Kharkiv and from the port city of Mariupol, which was particularly hard hit by the fighting, to the city of Zaporizhia.

Buses are ready for people, Wereshchuk said. You can also leave Mariupol by car. Transportation options should also be arranged for people who would have already left on foot. Escape routes and aid delivery routes are announced anew for each day.

In the kyiv region, individual villages would be evacuated and people would be taken to the city of Brovary, where buses were waiting for transport, Vereshchuk said. Humanitarian supplies such as food and medicine must be brought from Kharkiv, the country’s second largest city, to nearby towns to help people.

+++ Berlin: pop scene mobilized with “Sound of Peace” for Ukraine +++

With a huge solidarity demonstration in front of the Brandenburg Gate, cultural workers showed their support for Ukraine, which was attacked by Russia, in front of thousands of people on Sunday. According to the organizers, the “Sound of Peace” peace campaign would become “Europe’s largest musical demonstration” against the war.

20,000 participants were registered. At first, several hundred people came to the musical rally. After the start, the crowd grew to several thousand. The goal of “Sound of Peace” should be to collect a lot of donations to support the victims of the war in Ukraine.

Marius Müller-Westernhagen should appear at night with his song “Freiheit”, David Garrett, Clueso, Michael Patrick Kelly, Fury in the Slaughterhouse, In Extremo, Mia., Mine, Peter Maffay, Revolverheld, Sarah Connor, Silbermond The Boss Hoss or Zoe Wees. The intervention of Natalia Klitschko, wife of the mayor of kyiv and former professional boxer Vitali Klitschko, was also scheduled.

The television stations ProSieben and SAT.1 wanted to broadcast the peace march live on both programs from 3:00 p.m. until late at night. Other stations had also announced broadcasts.

According to military information from kyiv, intense fighting continues around the city of Chernihiv, in northern Ukraine. “Chernihiv is defended,” the Ukrainian army said on Sunday. The city near the border with Belarus is under fire. There is no electricity or heating. Many residents are without gas.

In contrast, the night around the capital kyiv was comparatively quiet. The “enemy” erected fortifications. But there was fighting around the town of Bucha, northwest of kyiv, as well as around Hostomel and Worsel. According to the army, the shelling in the suburbs of the city of Sumy, in northeastern Ukraine, has been going on for more than a week. None of the information has been independently verified.

President of Ukraine Volodymyr Zelenskyy sent a video message to the people of Russia with drastic words about Russia’s heavy war losses. “At the focal points of particularly heavy fighting, our defense lines are practically overwhelmed by the bodies of Russian soldiers,” Zelenskyj said Sunday night.

“And these bodies, these bodies are not going to be recovered by anyone,” he continued. “And they are chasing new units on them, a kind of reserve that the Russian commanders are gathering somewhere.” He can understand that Russia has almost endless reserves of soldiers and military equipment. “But I would like to hear from the citizens of Russia: what has been done to them over the years that they have not noticed their losses?” More than 14,000 Russian soldiers have been killed so far. “There are 14,000 mothers, 14,000 fathers, wives, children, relatives, friends, and don’t you realize it?”

The Ukrainian account of the Russian soldiers killed cannot be independently verified, as can that of its own military losses, which the state leadership estimated at around 1,300 soldiers about a week ago. So far, the Russian side has officially confirmed just under 500 casualties in the ranks of its own army.

The Russian military has re-used the “Kinzhal” (dagger) hypersonic missile and claims to have hit a fuel depot in southern Ukraine. The military base in the Mykolaiv region was attacked from the airspace over the Russian-annexed Crimean peninsula, Igor Konashenkov, a spokesman for the Russian Defense Ministry, said in Moscow on Sunday.

“It was from this base that most fuel deliveries for Ukrainian armored vehicles were handled.” Kalibr cruise missiles also hit Ukrainian tank repair shops. The information could not be independently verified.

On Saturday, Russia reported for the first time since the start of the war that it had deployed its new Kinzhal air-to-surface ballistic missile. Until now, the weapons have been used primarily for maneuvering. According to Moscow, “Kinzhal” rockets can reach up to ten times the speed of sound.

According to the city council, an art school in the besieged port city of Mariupol in southeastern Ukraine became the target of a bomb attack. 400 people had sought refuge there, including women, children and the elderly, the Mariupol city council said on the Telegram news channel on Sunday. The building was destroyed in Saturday’s attack. “People are still under the rubble.” Initially, no information about the victims was released. The city council blamed the Russian troops. However, this could not be independently verified.

In Mariupol, population 400,000, a theater was recently attacked where people had sought cover from air raids. Those who were buried were rescued. However, it has been unclear for days how many were killed and injured in this incident.

+++ High number of casualties in destroyed barracks in Mykolayiv +++

After a rocket attack by Russian troops on a barracks in Mykolaiv in southern Ukraine, aides are said to have recovered at least 50 dead from the rubble yesterday. A total of around 200 soldiers were sleeping in the building when the rockets landed, Ukrajinska Pravda reported. Nearly 60 injured were taken to nearby hospitals. This information has not been independently confirmed.

In retrospect, SPD chairman Lars Klingbeil sees the Russia policy of previous federal governments as questionable. “All parties that have taken responsibility must ask themselves if they were on the right track,” said Klingbeil of “Bild am Sonntag.” There were clear warning signs, such as the Russian war against Georgia and the annexation of Crimea. “Yes, we should all have judged what happened in Russia differently.”

Klingbeil declared his friendship with former Chancellor Gerhard Schröder (SPD) ended, who, despite the Russian war against Ukraine, maintains his economic ties with Moscow: “What has happened in recent weeks is, of course, also a political rupture between Schröder and I.” Russian President Vladimir Putin is a war criminal. Putin bears the responsibility for this brutal war, for the people killed, for the families torn apart, for all the criminal misery.

In a dramatic appeal, the mayor of Chernihiv pointed to the precarious situation in the northern Ukrainian city surrounded by Russian troops. “Indiscriminate artillery shelling of residential areas continues, peaceful people are dying,” Vladislav Atrashenko was quoted as saying by the Unian agency. The city is experiencing a humanitarian catastrophe. “There is no power supply, no water, no heating, the city’s infrastructure is completely destroyed.”

According to local authorities, 266 civilians have been killed in fighting around the city of Kharkiv since Russian troops invaded Ukraine more than three weeks ago. Among them were 14 children, judicial authorities in the country’s second-largest city said Saturday night. The city, which was besieged by Russian troops and was home to 1.5 million people before the start of the war, continues to be bombarded with artillery, the Unian agency reported. Several residential buildings were attacked and set on fire on Saturday night. The information could not be independently verified.

+++ City Day: imbalance in the distribution of war refugees +++

From the point of view of the German Association of Cities, the distribution of war refugees is still not working properly, despite all the guarantees of those responsible at federal and state level.

Here you can read more about it.

+++ The Radiation Protection Office sees a serious situation in Ukraine +++

According to its own statements, the Federal Office for Radiation Protection (BfS) closely follows the development of nuclear power plants in Ukraine.

The situation remains serious, said BfS President Inge Paulini of the German Press Agency. “There is absolutely no provision for war to take place around a nuclear power plant,” she said. Therefore, there is “a fundamental risk that hostilities could lead directly to damage, accidents or the release of radioactivity”. His office has been “in constant observation” of the situation since Russia attacked Ukraine on February 24.

Here you can read more about it.