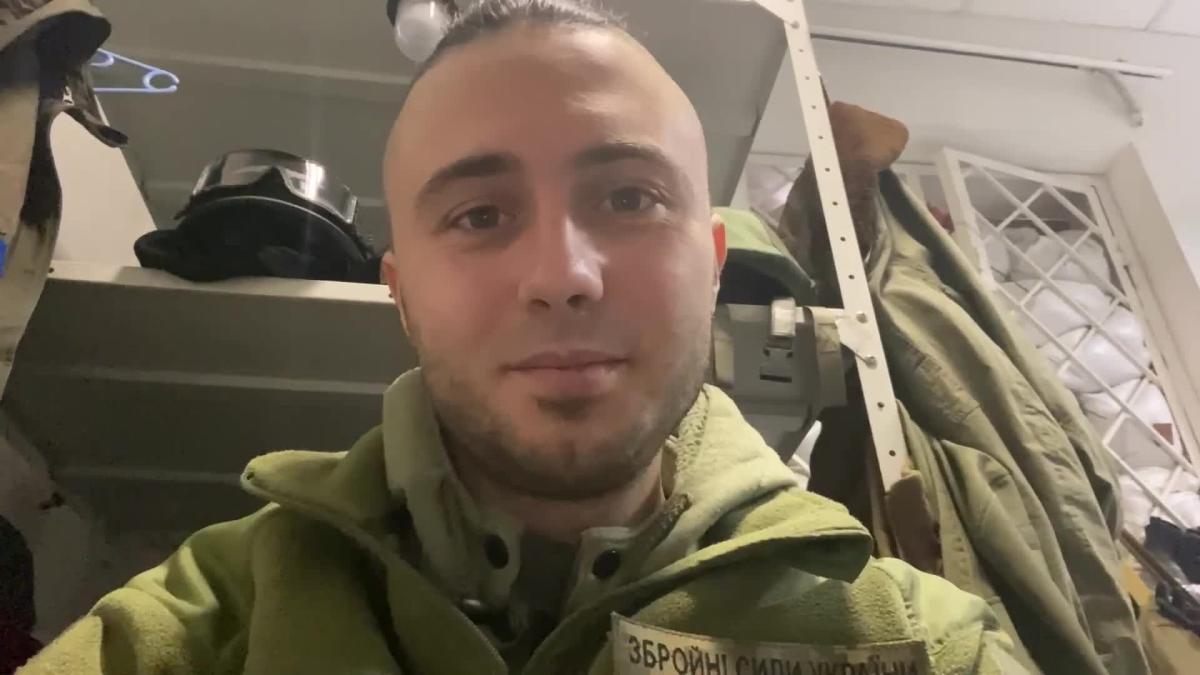 The leader of a Ukrainian rock band fighting on the front lines who offered to play alongside Ed Sheeran at the UK benefit concert has sent a poignant message to Britons.

Band Antytila ​​wants to play at the Concert for Ukraine that will take place in Birmingham next week, via video link from kyiv.

His message to Ed Sheeran, offering to play the concert via video link, went viral.

Now lead singer Taras Topolya, 34, has recorded a message thanking the British for their support and explaining how he deals with the fighting on the front lines.

When asked about his most difficult moments, he said: “One of the most difficult things that we have had to get used to is the most important rule in war: always shoot first.”

The two-hour concert will take place on March 29 and will be broadcast on ITV in aid of the attacked nation.

Lead singer Taras Topolya and his bandmates have been fighting for their nation in kyiv for weeks.

In a recorded message yesterday (25), he said: “We just want to make it clear that despite the great tragedy that the war has brought to our country, we are strong, united and ready to fight for our victory.”

He explained that they began determined to fight “as soon as [we] woke up to the sounds of the air alarm in the morning in the capital”.

“We consider no other option but to fight together with all the people of Ukraine,” he added.

Before the war, the group played numerous international concerts, in the United States, Canada, and France.

Taras longingly recalled the simple joys of the past of “raising children, recording music and playing stadiums while taking part in charity and social events”.

But since Russia invaded the nation, Taras confessed that “now everything is in turmoil.”

He said, “The days go by like weeks and you never know what will happen next.”

Despite the horrible and “unreal” war-torn conditions that the people of Ukraine now have to adhere to, Taras says they are strong and “adapt every day”.

They have only been able to play their music once since the war broke out: in a hospital to support the “brave doctors in kyiv”.

The band is determined to play remotely at ITV’s Concert for Ukraine, amongst the likes of Emeli Sande, Gregory Porter and Snow Patrol, to use their music as a tool to get their “necessary message” across.

He said: “If we are at the concert, through music we will try to convey the main message that Ukraine did not surrender to the aggressor.

“We are strong. We believe in Ukraine’s victory and every day we do everything to make sure that victory comes.”