Ukrainian refugees could arrive in Scotland this weekend – Nicola Sturgeon 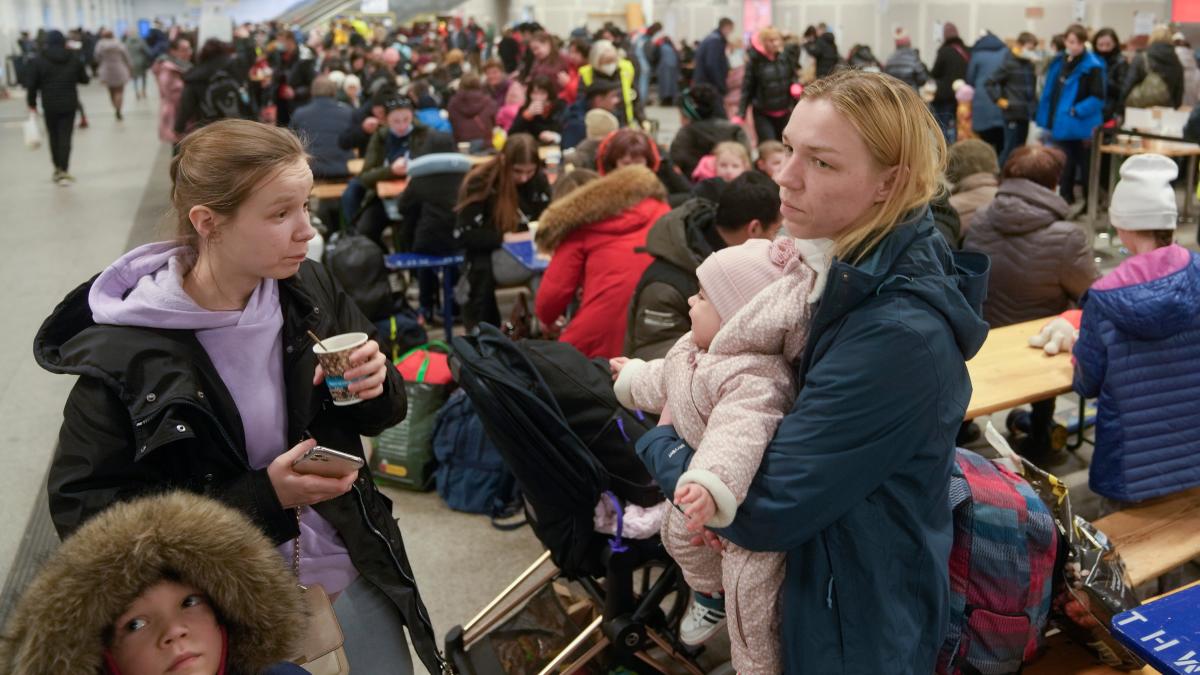 Ukrainian refugees fleeing war in their homeland could arrive in Scotland this weekend, Nicola Sturgeon has said.

The Prime Minister also said she is “ready to step up” and open her own home to a refugee, if deemed necessary and appropriate.

However, he added that someone fleeing the conflict in Ukraine may not want to “come and live with the Prime Minister with all the scrutiny that could come with it.”

With cities in Ukraine under attack by Russian forces for three weeks, Ms Sturgeon has called Russian President Vladimir Putin a “war criminal” and said she expects him to be held accountable for his actions.

As talks between Russia and Ukraine are taking place with the aim of resolving the conflict, Ms. Sturgeon said: “We all desperately hope that the peace talks will reach a positive conclusion and end the war.

“But it is difficult to see that and maintain that sense of hope while Vladimir Putin, in addition to sitting around the negotiating table, is rampaging through Ukrainian cities, killing Ukrainian men, women and children, attacking a maternity hospital last week.

“Vladimir Putin is a war criminal and should be seen as such and I hope that in the fullness of time he will be held accountable as such.”

He said people in Scotland are “very, very interested” in offering support to Ukrainians, stressing the need to “take advantage of that as much as possible”.

The prime minister has already said Scotland could welcome 3,000 refugees from Ukraine as “an immediate step” before taking in “at least a proportionate share” of those coming to the UK.

A “super sponsor” scheme put forward by the devolved administrations of Wales and Scotland aims to get Ukrainians to these countries faster, providing them with temporary accommodation while a more permanent place is found for them.

Speaking on a visit to the Scottish Refugee Council (SRC) headquarters in Glasgow, Ms Sturgeon stressed that when people arrive in Scotland it is up to the UK government “as it is the UK government that has the ability to to grant visas and allow entry to the countries”.

But he added: “What we are looking to achieve and certainly planning here in Scotland is for people to start arriving here this weekend.

“If we can get the super sponsor proposal, which the UK government has agreed to in principle, if we can get it launched to run in parallel with the first phase of the wider UK scheme, that would allow people start arriving. here since the weekend.”

Asked if she would house a refugee, Ms Sturgeon said she would “if necessary”.

She added, “I’m not going to ask other people to do things that I wouldn’t be prepared to do myself.”

He stressed that “everyone’s circumstances are different” and added: “I don’t think we should put ourselves in a position of making people feel bad if they are not in a position to offer accommodation.”

Speaking about the possibility of accepting someone, she said: “In my case, I am willing to do it if it is necessary and if it is considered appropriate.

“For someone who comes from Ukraine, they might not want to come and live with the Prime Minister with all the scrutiny that comes with it.

“But certainly, if that were something that was necessary and deemed appropriate, I’m certainly willing to step up and do what I can.”

Ms Sturgeon also announced over £1 million in funding for the SRC to enable it to hire additional staff ahead of a surge in requests for support.

Ukraine Advice Scotland, which is run by the Scottish charity JustRight Scotland, will also receive cash from the Scottish Government to help it continue to provide free and confidential legal advice to people displaced by the war in Ukraine.

Ms Sturgeon said: “Scotland is ready to play its part in offering safety and shelter to those forced from their homes due to Russia’s brutal invasion, and it is heartening to see that preparations are already being made to increase support. , advice and information.

“We are determined to do everything in our power to give them the warmest possible welcome when people start to arrive and we will need organizations like the SRC and JustRight Scotland, as well as the support of the people of Scotland, to do just that. ”