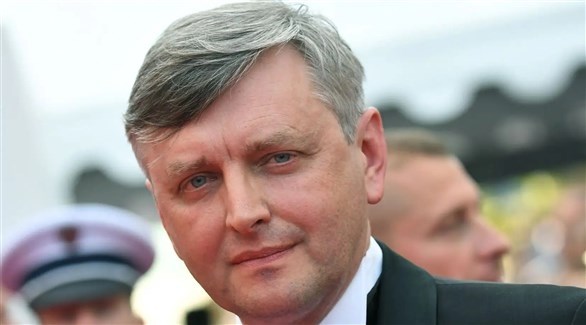 Ukrainian director Sergey Loznitsa, one of his country’s most famous filmmakers after the collapse of the Soviet Union, dreams of seeing Russian leaders in front of the court arch for their war “in Europe”, and plans to immortalize these moments with a film called “The Kiev trial”.

The director, who has participated on several occasions at the Cannes Film Festival to present well-known works by his firm, including “Maidan” about the Ukrainian revolution and “Donbass”, recently presented at the “Reality Cinema” festival in Paris, until March 20, the film “Mr. Landsbergis”, which plunges for four and a half hours into the details of Lithuania’s struggle for independence from the Soviet Union between 1989 and 1991.

With verbal and legal disagreements and Soviet leader Mikhail Gorbachev’s subsequent dispatch of tanks to Vilnius and heroic popular resistance despite the huge imbalance in the balance of power.

The similarities between the events of the film, which take place three decades ago, and what is currently happening in the war in Ukraine seem striking.

“Contemporary Russia is the legitimate heir to the Soviet Union -says the director-. It can be said that it applies exactly the same methods to the republics that surround it”.

Blood was shed in Lithuania but the end of the story was happy, and “it is important to share this positive experience of resistance and liberation with everyone, especially with other peoples who want, or may want in the near future, to be freed from this monster” , according to the Ukrainian Russian director.

Loznitsa believes that “the imminent outbreak of war could not be ignored when we know all the subterranean currents in the region.”

He says that European leaders “have done nothing” for years and “bear great blame for the current war”, adding: “By systematically analyzing all political events in Russia in recent decades, only one result can be reached. possible. , which is war”.

But the director says it’s not just “a war against Ukraine” but “it’s a war against Europe, and Ukraine happens to be the front line.”

“It has to end NATO and Europe accepting that they will not be able to avoid this war,” he adds.

Loznitsa notes that Russian President Vladimir Putin is continuing his war “without any reason to stop.”

“If he succeeds in destroying Ukraine, other countries will come and, in my opinion, the Baltic states will be the next target,” he says.

And Sergei Loznitsa hasn’t finished his work on European history, as he puts the finishing touches on The Natural History of Destruction, a documentary about the Allied bombing of German cities at the end of World War II.

“Of course, I did not expect again that there would be such a resemblance to what is happening today” in Ukraine, he says.

“Maybe my next movie will be about this war in Ukraine? I’m afraid it will be too long, because while Europe watches from afar, Russia will systematically destroy Ukraine, city after city, while the Ukrainian army defends the land.” step by step,” she explains.

But, as in his film Post-Soviet Lithuania, in Ukraine “people rallied around their president, Volodymyr Zelensky, in an amazing way,” says Loznitsa. “This gives me confidence that victory will go to Ukraine. Because you cannot defeat a people. “

He also asks Loznitsa to refuse to “boycott” Russian artists who “oppose this war and this regime”, as it would be a “betrayal”.

“I call on everyone to be rational and human and to avoid judging everyone by their passport, because it is a coincidence of birth, but by their actions,” he says.