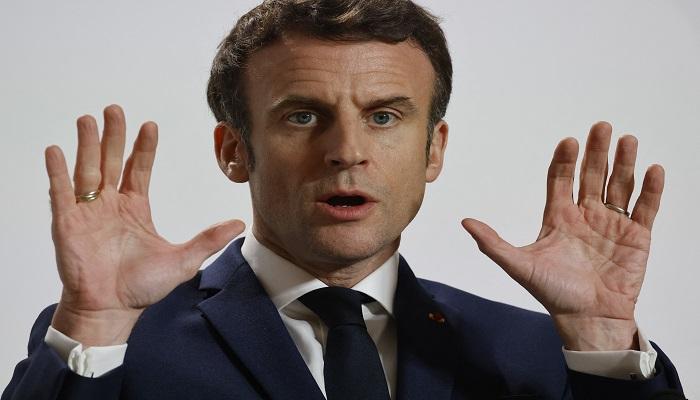 France, Turkey and Greece announced that they will carry out a humanitarian operation to evacuate the besieged city of Mariupol in southern Ukraine in the coming days.

“We will jointly launch, with Turkey and Greece, a humanitarian operation to evacuate all those who wish to leave Mariupol,” French President Emmanuel Macron said after a European summit in Brussels.

“Within 48 to 72 hours, I will have a new conversation with Russian President Vladimir Putin to clarify the details and ensure arrangements,” the French president added.

The French president expressed his hope that as many stakeholders as possible would be involved in this process, stressing that it is “possible” to implement the evacuation “in the coming days.”

Macron revealed that the “Elysee teams” spoke this Friday with the mayor of Mariupol, “a city of more than 400,000 inhabitants and whose population today does not exceed 150,000 people” who live in “tragic conditions.”

More than 2,000 civilians were killed in Mariupol, according to the latest toll announced by the municipality, while Ukrainian President Volodymyr Zelensky said some 100,000 people remain trapped in the strategic seaside city of Azov, besieged by the Russians. cash.

Macron considered that asking the Russian president to pay for gas shipments to the European Union in rubles and not in dollars or euros, “is not possible” and “is not provided for in the contracts.”

Responding to a question addressed at the Brussels European Summit about the statement issued by Moscow on Wednesday, Macron said the Russian request “is not in line with what has been signed, and I see no reason to implement it.”

“We continue with our analytical work,” Macron added, but “all the signed texts are clear: this is prohibited. So, European operators who buy gas and are on European soil must pay in euros”.

Macron stressed that “it is not possible to do what is required, which is not stipulated in the contracts.”

For its part, Germany, concerned about the purchase of Russian gas, expressed its complaint on Wednesday of the “breach of contract” by Putin, who gave his government a week to launch the new payment system in rubles.

Germany is heavily dependent on Russian gas, which accounts for about 55 percent of its total gas imports.

Despite the attack in Ukraine, Russian gas continues to reach the European Union, which refuses to ban it. But European countries have pledged to speed up reducing their dependence on Russian gas.

This comes as the Wall Street Journal reported that US President Joe Biden’s administration is preparing to impose sanctions on Russian companies it says provide goods and services to the intelligence services and military in Moscow. .

The newspaper, citing US officials, said US Treasury Department sanctions could be announced within days, while the US Treasury declined to comment on the report.

According to the newspaper report, most of the companies expected to be subject to the reported sanctions were previously placed on a US list that prohibits the export of sensitive technologies.

The report said the prescribed sanctions do not bar all business dealings by these companies.

In the same context, 134 Ukrainian refugees, out of 2,500 the German government has promised to accept from Moldova, arrived in Germany on Friday as part of broader European plans to help Ukraine’s neighbors look after those fleeing the Russian offensive.

The government of Moldova, one of the poorest and smallest European countries, has asked for help as hundreds of thousands of Ukrainian refugees arrive, straining vital infrastructure.

German Foreign Minister Annalina Birbock promised to receive some refugees during a visit to Moldova two weeks ago, and was at Frankfurt airport today to receive the first batch.