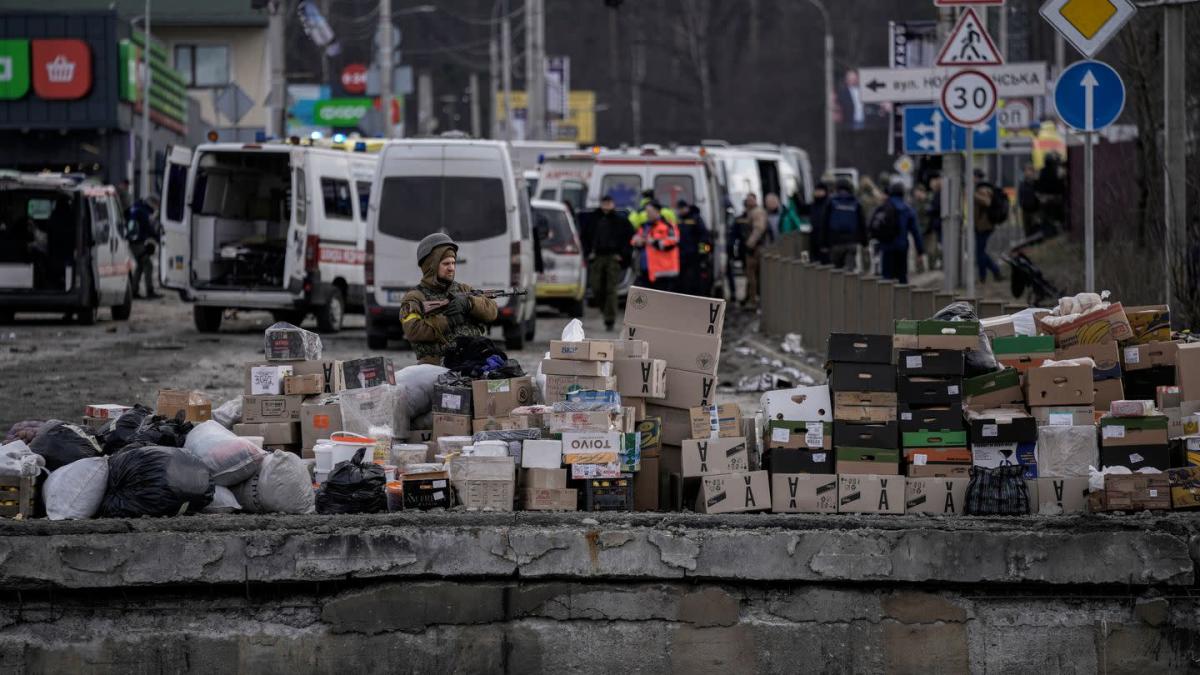 Kiev (dpa) – Before the expected meeting of the foreign ministers of Ukraine and Russia, both sides also fought in the war zone on Thursday night. Ukraine reported shelling in several major cities and there was an air raid alert in the capital, Kiev.

A new attempt was planned for the morning to save the people of the cities in conflict during a regional ceasefire. Above all, hope rested on the first high-level talks between the two sides since the beginning of the war.

To this end, Ukraine’s Foreign Minister Dmytro Kuleba arrived in Antalya, Turkey, where he intends to explore options to end the war with his Russian counterpart Sergey Lavrov on Thursday morning. Turkey’s Foreign Minister Mevlut Cavusoglu wants to mediate. The head of the International Atomic Energy Agency (IAEA), Rafael Grossi, wants to address the safety of the Ukrainian nuclear power plants in Antalya.

As a condition for the cessation of fighting, Russia demands that Ukraine declare itself neutral in its constitution. In addition, Kiev must recognize the annexed Black Sea peninsula of Crimea as Russian and the breakaway areas as independent. Until now, Ukraine has largely rejected it. However, President Volodymyr Zelenskyy has indicated a willingness to compromise.

On Thursday night, Chancellor Olaf Scholz and the other EU heads of state and government will meet at a summit in Versailles, near Paris, to discuss the situation.

the events of the war

According to Ukrainian information, a new attempt is planned for Thursday to rescue people from towns in the northeastern Sumy region through three escape corridors to the city of Poltava further west. A ceasefire is planned for these escape routes from 8:00 am German time, the Sumy regional administration announced. Nearly 50,000 people poured out of the surrounded city of Sumy on Tuesday and Wednesday.

Above all, the evacuation of the port of Mariupol, in southern Ukraine, has been a struggle for days. There, on Wednesday, an attack on a maternity clinic caused horror, including that of UN Secretary General António Guterres, who called for an end to “senseless violence”.

The events of the war on Thursday night remained confusing, especially since the information provided by the warring parties cannot be independently verified. Ukrainian authorities reported that Russian planes bombed the area around Sumy, including residential areas and a gas pipeline. The Ukrainian military spoke of attempted Russian attacks on the capital Kiev and the city of Mykolayiv in southern Ukraine, as well as attacks in the region around the city of Kharkiv in the east. But the Russian offensive slowed down.

what is important today

The meeting of Russian-Ukrainian foreign ministers in Antalya is scheduled to start in the morning and the informal EU summit in Versailles in the afternoon (5:30 p.m.). Federal Interior Minister Nancy Faeser (SPD) travels to Poland to talk about refugees. The German bishops want to approve a declaration on the Ukraine war at their spring conference. Refugee children are a topic at the Education Ministers’ Conference in Lübeck.