Ukrainian artist reports on the situation in Kharkiv 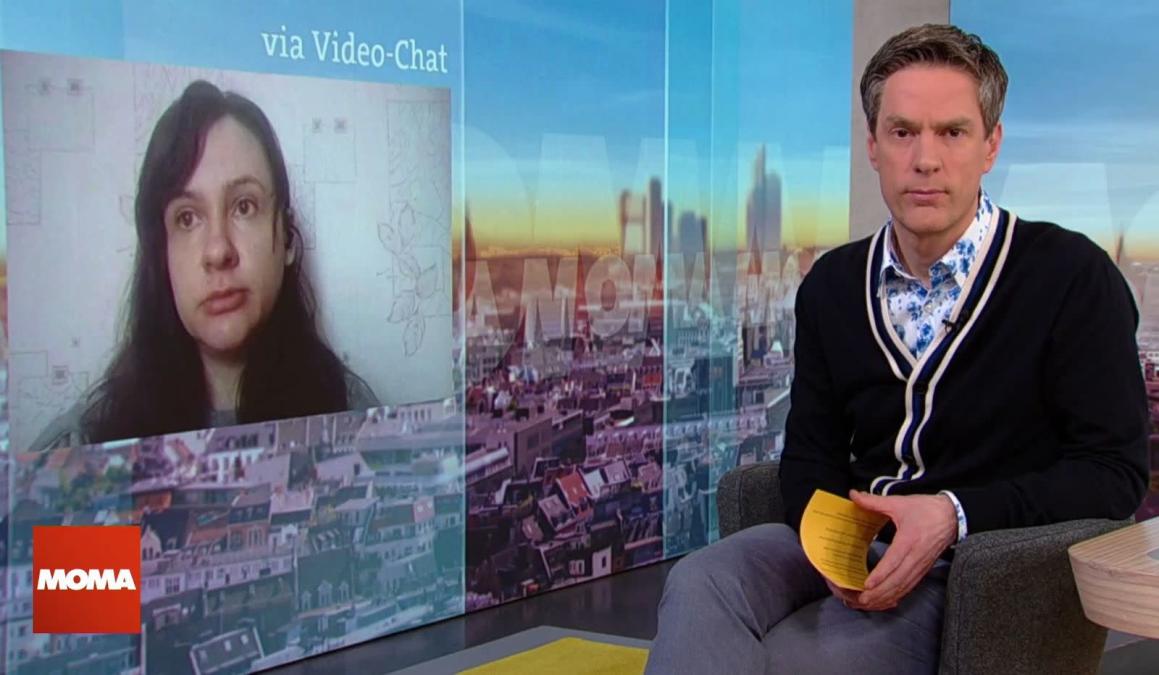 “One somehow tries to remain normal”: In an interview with ARD-Moma, Ukrainian artist Liliya Potapova reported on the situation in her hometown of Kharkiv. She also explained why she doesn’t want to leave Kharkiv despite the war.

What seemed unimaginable just a few weeks ago has become a sad reality after Russia invaded Ukraine at the end of February: there is war again on European soil. Bombs continued to fall on Ukrainian cities last night as ceasefire negotiations continue on Tuesday. Kharkiv, in the east of the country, was once again the target of air strikes. Ukrainian artist Liliya Potapova reported on the situation in Ukraine’s second largest city in the “ARD morning magazine”. “We heard a lot of detonations, there were also air strikes,” she said in a “Moma” interview with Sven Lorig on Tuesday.

But that is no longer “nothing special”: “It’s part of everyday life now. We have to persevere.” You manage somehow, described Potapova. “You try to stay normal somehow.” When asked about the food supply situation and other necessities, the artist described, “The supply is fine here. It reminds me of late Soviet times. The supply is tight, you have to queue for a long time, but in the end you get something.” However, the situation is more complicated when it comes to drug supply.

“I don’t want to disappoint my relatives”

Potapova explained that she lives in a neighborhood near a particularly affected district of Kharkiv, but the situation in the northern residential areas is much more precarious. People there are under constant fire and food supply chains are disrupted.

Despite the current situation, Liliya Potapova does not want to turn her back on her homeland. “I don’t want to leave the city because I don’t want to disappoint my relatives,” she explained. Her mother lives north of Kharkiv. “The connection is broken, I can’t reach you on the phone. That worries me a lot.” He hopes contact will be possible again soon, Potapova said. She also doesn’t want to disappoint her friends in Kharkiv. “My house is still in a safe sector right now and I hope I can stay here forever.”

- Advertisement -
Share
Facebook
Twitter
Pinterest
WhatsApp
Previous articleAustin Dillon and Richard Childress are not happy with Daniel Suarez due to accident in Phoenix
Next articleChina reports more than 5,000 cases of Covid-19 in 24 hours, an all-time high