Ukraine’s long and reversible path to the EU 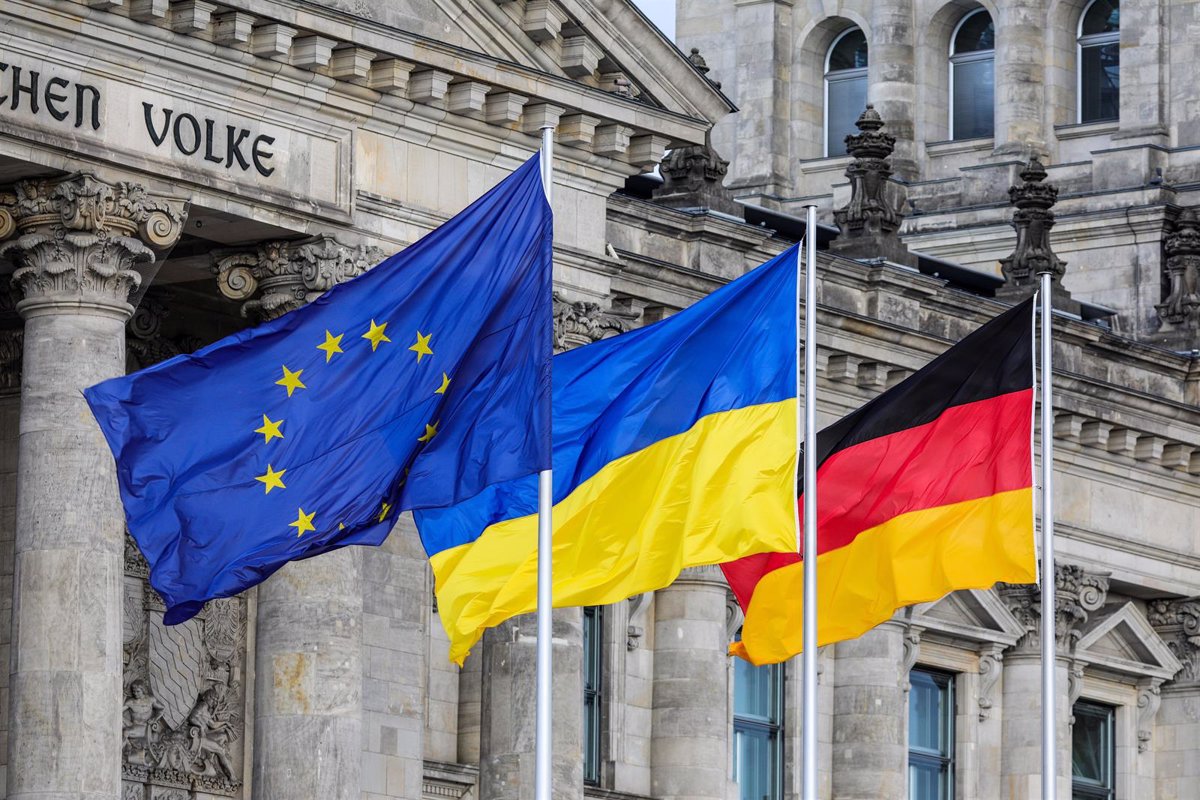 
The Reichstag in Berlin hoists the EU flag, the Ukrainian flag and the German flag – OMER MESSIGER/ ZUMA PRESS / CONTACTOFOTO

Ukraine took the first step towards its accession to the European Union this Friday, after receiving the positive opinion of the European Commission, opening a process of long and reversible access, linked to progress in the reforms requested by Brussels in the area connected to the judiciary. the fight against corruption and the oligarchs.

After accepting the application of Ukraine together with that of Moldova, the executive of the community proposes to the 27 to grant it the status of candidate country for accession, a decision taken at the summit of European heads of state and government on 23 and June 24 is expected community capital. Then it will join Albania and North Macedonia, both of which are candidates but have not yet started their accession talks.

Serbia and Montenegro are currently negotiating their accession to the EU, while Turkey is keeping their process frozen due to a lack of commitment to European values. In addition, Bosnia and Herzegovina’s candidacy has been on hold since 2016 as a number of structural reforms need to be implemented in order to maintain candidate status.

The latest country to join the EU is Croatia, which did so in 2013, a decade after applying for membership and after six years of negotiations to align with community norms and regulations and prepare economically for participation in the single market.

THE ADHESION PROCESS CAN BE REVERSED

Of course, the new methodology for the enlargement process gives the 27 a bigger role to paralyze negotiations and even roll them back if an emerging country backs away from reforms promised to the EU.

The new guidelines, adopted two years ago in the middle of an impasse due to the doubts raised by Albania’s candidacy among a large group of member states led by France and the Netherlands, aim to make the process more political and credible , although Member States and the Commission has never put this mechanism into practice and blocked the negotiations for lack of commitment.

At a time when the entire EU and its partners are imposing sanctions on Russia over the military invasion of Ukraine, Serbia’s position stands out as it has not sided with those sanctions, in clear contradiction to its commitments as a candidate for the EU stands, prompting debate as to whether this clause should apply.

In the case of Ukraine, the new rules may have negative repercussions because, as the European Commission itself acknowledges, not all the conditions it requires are acceptable for a country in a war context. In addition, the Opinion explicitly refers to the possibility to reset the process and recalls that the new methodology stipulates that the steps into the EU can be reversed if the required conditions are not met.

Brussels ties candidate status to a series of reforms it expects Volodymyr Zelensky’s government to implement. Specifically, reference is made to the judicial reform, the law against oligarchs and a functioning anti-corruption agency.

On economic issues, he sees room for improvement in the way his system works and warns that how post-war investments in Ukraine are designed and conducted will be crucial to withstand competitive pressures in the EU. The European Executive will monitor Ukraine’s progress under the set conditions and an assessment is expected by the end of 2022.

The President of the European Commission, Ursula von der Leyen, emphasized in a press conference that the accession rules are “dynamic” and allow for reversibility if there are setbacks in the reforms that have been decided. “The important thing about the process is that it shows that if there is progress, stagnation or setbacks, it is the country itself that is in charge,” he stressed.

For the time being, Ukraine will not benefit from the pre-accession funds that the EU is allocating to countries that have embarked on the Community’s path of funding democratic reforms. European sources argue that the mechanism is not automatic and that a country must explicitly appear among the beneficiaries to be able to access the funds, which would later come via a proposal from Brussels.