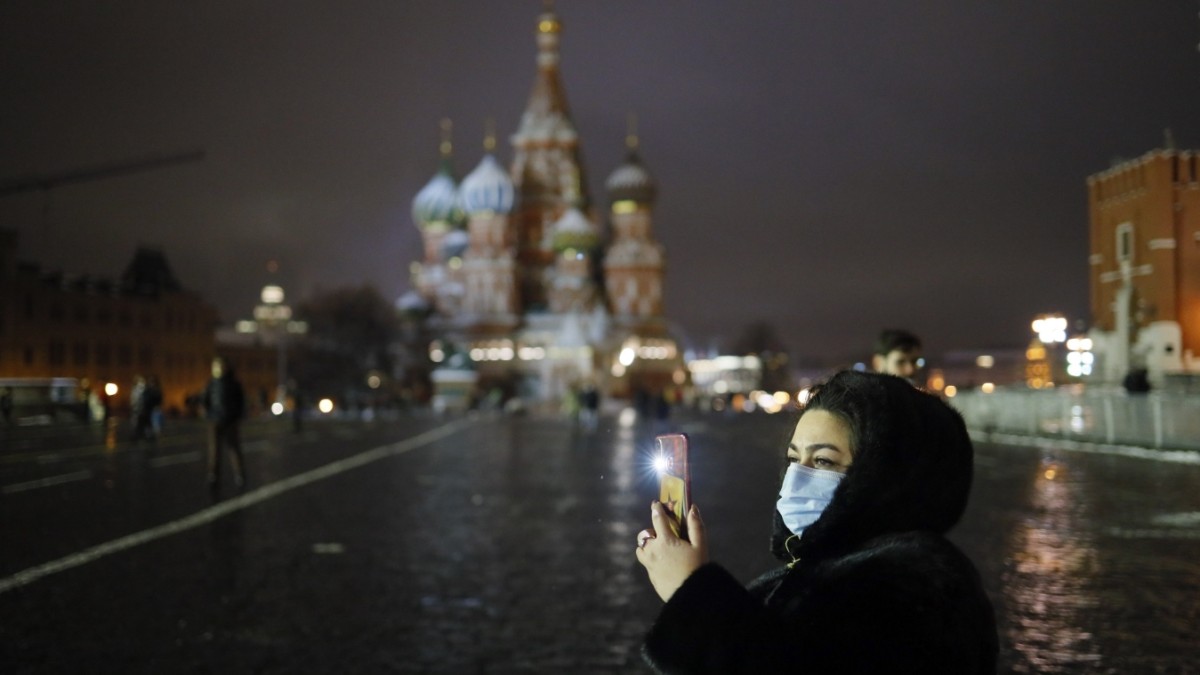 Olga Buzova sobs. The Russian influencer sits on camera in a white coat and laments, “I don’t know what to do next, maybe I’ll have to leave Instagram. Maybe there’s a way to come back with a VPN, but I haven’t done it yet.” I don’t understand how it works.” The video is from Sunday, when it became clear that in a few hours he would lose access to Instagram, like millions of other Russians. The country’s telecommunications regulator also blocked Instagram after Facebook. Both networks belong to the group American Meta. People in Russia can only access bikini photos and songs like Buzova’s with VPNs, that is, virtual tunnels, bypassing internet blocking. The move, according to the Kremlin, comes in response to the Meta’s decision not to remove Ukraine’s calls to kill Russian soldiers in the country, a break with Meta’s long-standing rule against calls for violence.On Monday, Russia also threatened to block YouTube.

So the Russian Internet these days is different from what it was before the attack on Ukraine. A development that could end in the complete decoupling of the Russian network from the global network. A digital silo that the state could easily censor and monitor, at least that’s the plan.

Alp Toker operates the Netblocks.org service in London, which registers internet blocks. He says: “There is a media war going on on the Internet. Each side imposes its own restrictions.” Not only the EU has banned the propaganda channels Sputnik and RT. Another area is Icann, the organization that deals with that part of the Internet’s architecture that connects websites to specific addresses. Icann’s Ukrainian representative had asked the organization to block Russian websites in general. She protested against such instrumentalization in a letter to Digital Minister Mikhail Fedorov: “Icann was built to make the Internet work, not stop it from working.” You stay neutral.

The question, however, is whether Russia will disengage. The plan to operate the Internet in Russia independently and in isolation has been drawn up and prepared by law. In 2019, this isolation of “RUnet”, i.e. a Russian Internet island, was tested, according to Russia “successfully”. However, questions remain as to whether the network can really function in isolation without major disruptions and whether it can be censored as easily as some in the Kremlin apparently imagine.

Nikita Istomin, a lawyer with the Russian NGO Roskomsvoboda, which campaigns for a free internet, says: The state has tightened control over the technical infrastructure in recent years and has instilled an idea in the country: one day there will be a situation where that Russia will be excluded from the international Internet. In the event of a crisis, political elites wanted a network where information could be consulted.

An official recommendation was published last week that state websites should switch to Russian infrastructure and avoid program snippets accessing foreign servers when building their websites. Immediately the rumor spread that Russia wanted to say goodbye to the global network in the same week. But Russia is still online. In fact, the triple step towards digital self-sufficiency is primarily a protection measure against hacker attacks from the outside. Finally, Ukraine has mobilized cyber fighters around the world. He only reported on Sunday. mirrorthat people belonging to the hacker collective Anonymous stole a lot of data from the German subsidiary of the Russian oil company Rosneft.

Lukasz Olejnik, an independent cybersecurity consultant and infrastructure expert, said Russia had to protect itself against hackers as a “ridiculous” idea when isolation plans were introduced. But the war changed everything. The new guidelines “do not decouple from the Internet, but their full implementation should be useful in the event of a decoupling.”

The forces pulling on Russia’s connection to the world work both ways. The key players in the network have begun to give the country ample space. The US companies Lumen and Cogent are the so-called backbone operators, they take care of the backbones of the Internet, the backbone, so to speak. After the invasion began, they withdrew from Russia to prevent cyberattacks from getting through their infrastructure. So far, according to Internet analytics firm Thousand Eyes, there are no signs that the companies’ exit will make the Internet noticeably slower for Russian users. Data from Russian internet providers continues to flow abroad, including through Frankfurt.

Klaus Landefeld wants Russia to stay in line. With the Eco association, he represents the Internet economy in Germany. Russian companies are also Eco members. “Demands from us to force separation are totally stupid,” he says. “If the people in Russia can no longer get international information, they will not rise up either.” But he also believes that Russia wants to cut the cord in an emergency: “They want the off button.”