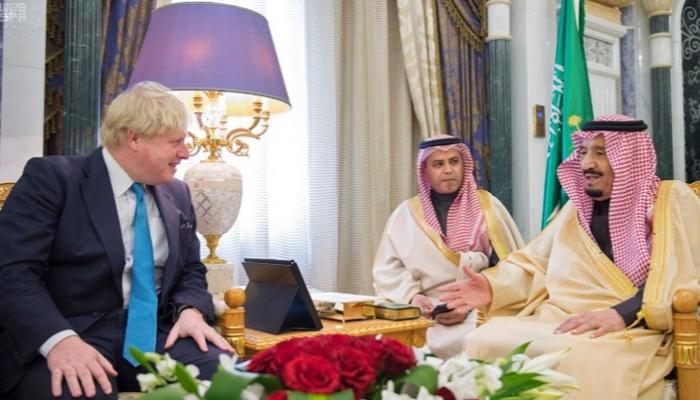 The British prime minister is preparing to go to the Kingdom of Saudi Arabia as part of London’s efforts to discuss ways to stabilize oil markets in light of the war.

Despite Downing Street’s insistence that travel arrangements or confirmation have yet to be finalized, Prime Minister Boris Johnson is facing calls from Conservative Party MPs to intervene and persuade Saudi Arabia to increase oil production. , according to the British chain “Sky News”.

The visit also comes at a time when fuel prices at British stations have hit record highs.

On the prime minister’s plans to travel to Saudi Arabia to meet the crown prince, the British newspaper “The Times” stated that “arrangements for the visit have not yet been completed, but it seems very likely.”

A spokesman for the Prime Minister’s Office told Sky News: “There is nothing planned at the moment. We will announce it in the usual way if anything is confirmed.”

In his interview with Beth Rigby on Sky News on Thursday, Johnson said: “What we’re going to do is look at our energy supply … to move away from dependence on Russian oil and gas.

“We are now in the process of taking more serious steps to get an independent power supply,” he added. Johnson was scheduled to visit Saudi Arabia twice in recent years, most recently last month on a trip that was postponed due to the Ukraine crisis. Instead, I replaced a phone call.

Top Conservative lawmakers believe Johnson can broker a deal that could be crucial to easing the energy crisis.

Former Minister of State for the Middle East Andrew Morrison says: “The UK has always had a positive and constructive relationship with Saudi Arabia based on dialogue. I am sure it will be beneficial in the current context.”

A statement from the Saudi Cabinet, at the beginning of March, renewed the Kingdom’s support for the “OPEC+” agreement, in order to maintain the stability of the world oil market.

The “OPEC +” agreement provides for an increase in the supply of crude oil exporters of the organization and producers by 400,000 barrels per day each month.

The council stated that it is “following the developments that the world is witnessing at the political and security level” in the context of the Russian military operation in Ukraine.

The Council said, during a session chaired by Saudi King Salman bin Abdulaziz, that it “follows the events that the world is witnessing at the political and security level”, noting “the Gulf Cooperation Council’s affirmation of support international efforts to de-escalate Ukraine through dialogue and diplomacy. “.

While two sources in OPEC+ said the group, which includes OPEC, Russia and other allies, is likely to stick to its current policy of gradual increases in oil production during tomorrow’s meeting on Wednesday.

The two sources added that “the Russian invasion of Ukraine has so far not affected the conduct of the supply agreement between OPEC and its allies.”