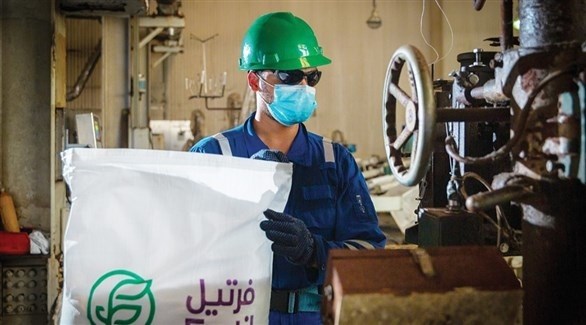 International experts in the agricultural market have warned that the Russian attack on Ukraine is damaging a critical point in the world’s food supply: fertilizers.

Experts pointed out that the poorest parts of the world will be hit the hardest as fertilizers are expected to be in short supply and very expensive for farmers this year.
In industrialized countries, very high fertilizer prices will contribute to higher food prices, and in Germany and Europe it is not ruled out that harvests will fall this year if less fertilizer is used.

According to an analysis by the CRU Group for Business Intelligence, a London-based research organization specializing in global commodity markets, fertilizer prices have risen to a record high in the context of the war in Ukraine and its effects on international trade flows.

The rapid increase in prices began long before the war. According to the analysis, the prices of nitrogenous fertilizers have quadrupled, and phosphates and potash have more than tripled since the beginning of 2020, and the reason for this is due to the previous rapid increase in energy prices.

“Natural gas is essential as an energy source and as a raw material in the production of ammonia, which is the basic material for most nitrogenous fertilizers,” says Sven Hartmann, head of the plant nutrition department at the German Economic Association. Farm in Frankfurt. Nitrogen fertilizer production, and therefore European manufacturers in particular, are strongly affected by this.”

“Trade through the Black Sea, which is a major route for ammonia exports, is completely closed, and this is not good news for farmers,” said Shruti Kashyap, nitrogen market analyst at CRU.

“Nitrogen is like baby food for plants, and this is not an exaggeration,” says Kashyap. “The development of synthetic nitrogen fertilizers before World War I allowed for a significant increase in harvest quantities.”

This was a prerequisite for the world population to grow to 7 billion, and synthetic nitrogen fertilizers were invented by two German chemists, Frits Haber, who developed the synthetic substance in 1908, while Karl Bosch, who later became director executive of the German company “IG Farben”. chemical industry, from the development of large-scale industrial material production after a few years.

Dutch environmentalist Jan Willem Erismann and several of his colleagues estimated in a widely cited 2008 paper that, thanks to developments by Haber and Bosch, it is now possible to feed more than twice as many people as a single hectare of farmland. what was the situation. before the First World War, and according to the data, 48% of the world’s population in 2008 owed their food to Haber-Bush.

Fertilizer producers, traders and farmers felt the pinch of rapidly rising energy prices last year, with major manufacturers such as the Austrian company “Borealis” temporarily curtailing production, according to a company spokesman in Vienna, who He said: “It is possible to consider closing factories for economic reasons.”

Kashyap indicated that due to high energy prices, many fertilizer plants temporarily suspended their production operations during the last quarter of last year, adding that there is currently a reduction in production in Europe as well, although to a lesser extent Germany, but that could change. at any time if general conditions deteriorate.”

No one expects fertilizer prices to drop any time soon. “Personally, I expect prices to go up, or flat at the latest,” Lotus said. Kashyap expects prices to rise until the third quarter of this year.

And if farmers reduce fertilizer use, the harvest decreases. A spokeswoman for the Bavarian Farmers’ Association in Munich, Germany, said: “As long as the operational situation allows, we recommend fertilizing as needed, but we also hear that sales of fertilizers are falling drastically. , which is not surprising given that costs increase with the weather, this can certainly lead to lower yields or poor quality.”

Kashyap believes that the effects of the Ukraine war on the agricultural sector will be felt strongly in Africa and South America, explaining that on the one hand there may be shortages of some fertilizers and on the other hand very high prices may mean that farmers can no longer afford fertilizers or will not want to support them and, according to Kashyap’s estimation, this “demand destruction” extends mainly to phosphate and potassium fertilizers.

The analyst forecasts a shift in international trade flows: Middle Eastern manufacturers, who have not yet played a role in the European market, will shift supplies to the West.

“Europe is supposed to get all the nitrogen it needs,” Kashyap said, explaining that this would at least stabilize prices in Europe, assuming gasoline prices don’t continue to skyrocket and there aren’t bigger shutdowns in Europe. Latin American and African countries are likely to be the hardest hit.”