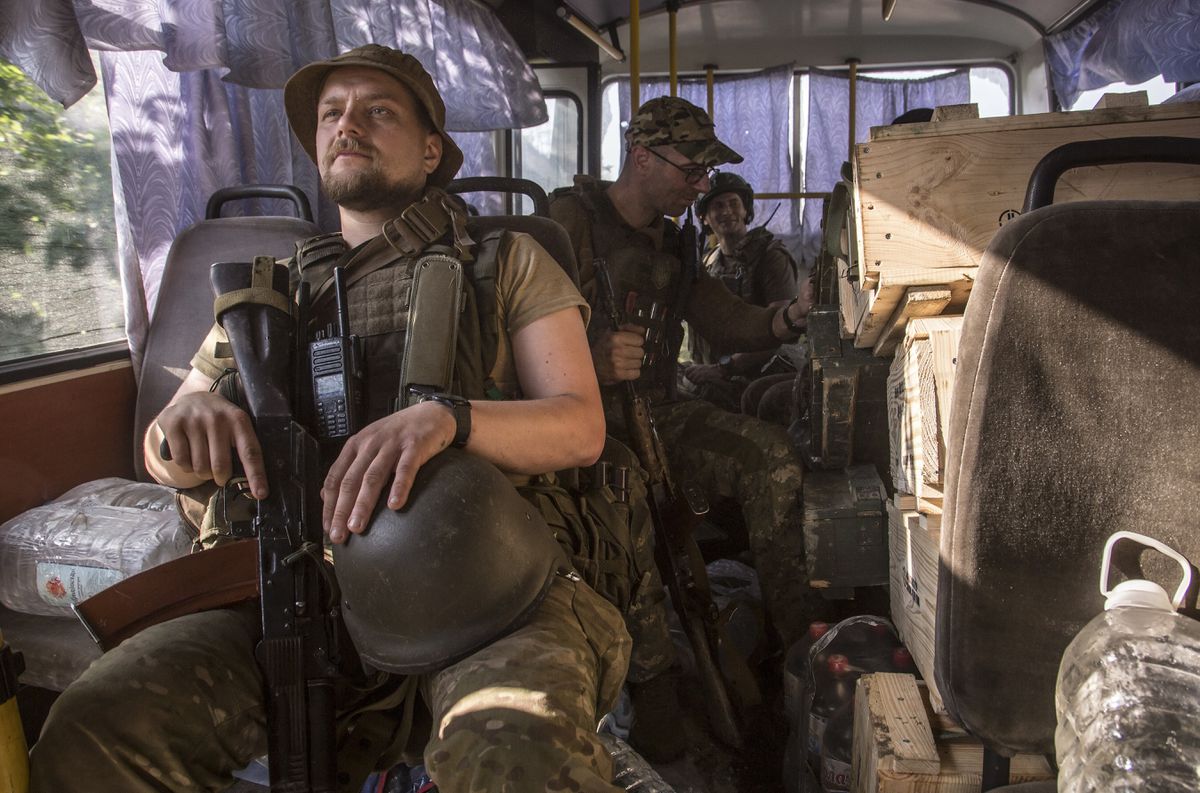 The head of the military administration of the eastern region of Lugansk, Serhii Haidai, has announced that the Russian siege will “unfortunately” mean that the Ukrainians will have to withdraw their troops from the strategic enclave of Severodonetsk. “Unfortunately, we have to withdraw our troops from Severodonetsk because it makes no sense to be in broken positions: the death toll is growing,” Haidai said on his Telegram account. The administrative city of Severodonetsk has been under siege for weeks by Russian troops, who see it as a key step in gaining control of the entire region that, together with Donetsk, forms the Donbass, where pro-Russian guerrillas operate.

Speaking about the current security situation in the area, the regional official noted that “the Russians have been bombing Severodonetsk almost every day for four months.” “The city’s infrastructure was completely destroyed, 90 percent of the houses were damaged or destroyed,” said Haidai. He also said that Russian troops are advancing from the towns of Zolotii and Toshkivka towards Lisichansk, very close to Severoronetsk, which appears to be the new target of the Moscow army.

In other statements to local networks, the military chief confirmed that “now it makes no sense to be in a position that has been broken for many months just because you are there. Because the number of people killed in non-fixed positions can grow proportionately every day.

The Eastern Front has become a nightmare for Ukraine. While European leaders in Brussels welcome it as a candidate country for EU accession, Russian troops are gradually but steadily advancing in Donbass. In recent days, interest has focused on two twin cities on either bank of the Donets River: Severodonetsk, from which the Ukrainian military is now withdrawing, and Lisichansk, both in Lugansk province. After the Kremlin troops grew strong in the first, Kyiv now fears the same fate for the second. The battle is reaching a “terrifying climax,” said Oleksii Arestovich, an adviser to President Volodymyr Zelenskyy, on Thursday.

“The situation is serious,” admitted Deputy Secretary of Defense Hanna Maliar. “Russia continues to develop its war of attrition. According to the analyzes of our intelligence services, the Moscow troops will try to take Severodonetsk and Lisichansk because they need them for their cause, to announce that they have completed their task of taking over the entire Donetsk and Luhansk oblasts. [que conforman la región de Donbás]’ he continued number two of defense from Kyiv.

“What happened was predictable. The Russian armed forces increased our volume of weapons and artillery tenfold. I’m afraid that they will advance further and have the opportunity to take over Donbass,” later confided on a cafe terrace a former minister, who asked not to reveal his name. “We have entered a completely conventional phase of the war. In large or medium-sized cities, Ukraine may have an advantage, but in open spaces Russia has the upper hand,” added the retired politician, who has good contacts with various European capitals.

The key in this war, concluded the former minister, will be what happens in the south, which will finally stick to such important cities as Kherson (currently in Russian hands), ignoring that it will be very difficult Wresting the Crimea peninsula and much of Donbass from Moscow.

That Institute for War Studies (ISW) He sees the possibility that the Russians will reach Lisichansk in the next few days. Russian air defense systems in the east limit the effectiveness of Ukrainian drones, undermining one of the keys that helped Kyiv in this war. think tank American. The agency cites anonymous Ukrainian sources assuring that their country’s armed forces have stopped using Turkey’s Bayraktar drones, which were very effective in the first phase of the war as Russia’s defense capacity improved.

Cinema Highlights 2022: The 15 best films of the second half

These are the highlights of the program