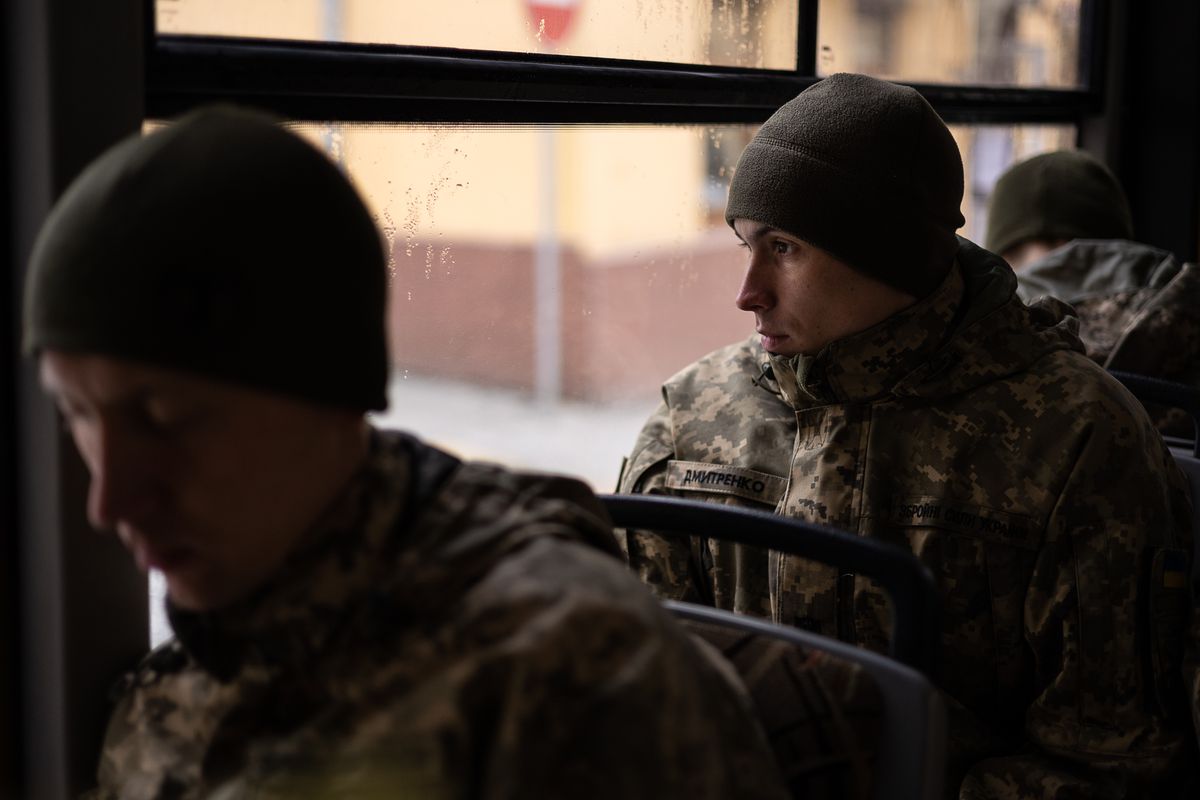 One of the items highlighted on television news in Ukraine last Tuesday was a crackdown on a group of people who had conducted false medical tests. This gang in the Kyiv region is said to have provided medical certificates exempting men from the obligation to serve in the army. According to the prosecutor’s office of the Ukrainian capital, the network also offered to transfer its customers abroad. In a sign of a forthcoming increase in compulsory conscription – with more checks to ensure they are registered – more men are looking for alternatives to fraudulently leaving the country.

Men between the ages of 18 and 60 are not allowed to leave Ukraine and must be reported to the armed forces recruitment offices. Registration requirements had been lax since the Russian invasion began on February 24, until President Volodimir Zelensky announced a month ago that Ukrainian troops would need to reach one million troops to retake Kherson province. Russia’s conquest of this region on the Black Sea coast is considered Ukraine’s greatest failure in the war.

Police operations are taking place in cities across Ukraine this July, urging men to register with military offices. A Dnipro woman, who prefers not to give her name, recounts her experience of increased controls one weekend this summer when she and her partner were renting a bungalow at a leisure center on the outskirts of the city. This villa complex is home to upper-class families from Russian-occupied townships in Donetsk and Lugansk provinces. One night, police cars showed up and took the men to search them: “Since I made the reservation in my name, they didn’t find out that my friend was in the room. Of course they asked me if I happened to be a nurse. From October 1, women with occupations required in combat situations are also subject to registration and have reduced mobility.

According to a census published by EL PAÍS last March, more than half a million people in Ukraine are involved in defending the country. The Center for Eastern Studies, an institute for geopolitical analysis in Warsaw, puts the number at 750,000 people. Of these, 200,000 soldiers are regular troops and the rest are army veterans who have served on the Donbass front (in the east) since 2014 and volunteers. As the months go by, the need to relieve soldiers on the front lines of fire becomes ever more necessary. The government also estimates that it will need to increase the number of troops to one million in order to regain lost Black Sea territories.

Whether out of a need to make money from a job abroad or fear of a fight, more and more men are willing to sidestep the ban. The options are limited and some are risky. It is particularly difficult to cross the border with Romania or Moldova with the help of local smugglers. In Telegram there are groups that offer information about these possibilities. The group “Help at the border” reported this Wednesday about the arrest of a man in the Odessa province who was secretly transporting two youths who wanted to cross the border to Moldova in his minibus. Each would have paid more than 6,500 euros.

Another option is to pay bribes to get medical exemptions. With these, men can travel abroad. Last June, also in Odessa, a network was broken up that provided medical certificates and money transfers abroad for 4,100 euros.

There are exceptions to the order Zelensky approved under martial law. Parents of large families – three children or more – can leave Ukraine, including those who have citizenship of another state. But some exceptions are for cheating. Organizations in charge of delivering humanitarian aid to Ukraine can send drivers abroad, with 30 days’ notice outside the country. There are organizations that sometimes send people who do not return, as this newspaper has confirmed through two testimonies. University students enrolled in foreign institutions can also leave Ukraine, subject to government approval. However, the authorities are increasingly restricting the permits for newcomers, especially for the older ones.

The controversy surrounding the men’s travel ban made headlines last May when Odessa lawyer Alexander Gumirov collected around 27,000 signatures calling for the foreign travel ban to be lifted. According to the law, a popular initiative with 25,000 signatures must be evaluated by the President. Zelenskyy’s response was negative, adding that the petition should be sent to the families of soldiers killed in combat. The government regularly reminds that Ukraine’s existence is at stake.

Despite Zelenskyy’s denials, the truth is that there has been a turnaround. This is shown by the figures from Eurostat, the statistical office of the European Commission. The number of new Ukrainian refugees in the European Union is declining, but the proportion of men in the total is increasing. This is evidenced by some of the countries that have already updated the June data on monthly granting of temporary residence status to Ukrainians. Poland is the main recipient of refugees from the occupied country. In March, the first month of the war, men between the ages of 18 and 64 accounted for 2.6% of the total number of new residence permits for Ukrainians; in June the percentage had risen to 16%. In Lithuania, another reference country for Ukrainians, this percentage had increased from 3% to 24%; in Sweden from 7% to 28%. In Romania the percentage was already 17% in March and 18% in June.

Another alternative for those wanting to leave the country, and the most risky, is to reach the European Union via Russia. Few people fled the conflict through enemy territory in the first months of the invasion, but the number has grown to the point that it is the first border Ukrainians cross, according to the United Nations.1.8 million Ukrainians did so, compared to 1.2 million who left via Poland—. Those who choose this path are mainly families from the occupied territories, although the Ukrainian government assures that hundreds of them have been forced to move to Russia. Its journey begins at the borders with the Russian provinces of Belgorod, Voronezh and Rostov and ends with access to the European Union via Latvia or Estonia.

Denis is a businessman from Kupiansk whom EL PAÍS interviewed from Kharkov on July 17th. Kupyansk is a municipality 30 kilometers from the border with Russia and was captured by Russian President Vladimir Putin’s troops in the early stages of the invasion. This 29-year-old explained that he had considered reaching Poland by crossing Russia and the Baltic countries, but a friend’s experience discouraged him. This was initially transferred to the so-called “filtration camps” at the border. There they examined his social networks and found that he had recently shared a message from the Ukrainian Air Force on Facebook. “They beat him up and locked him up for a few days. In the end they let him go to Russia. Now he’s in Poland.”