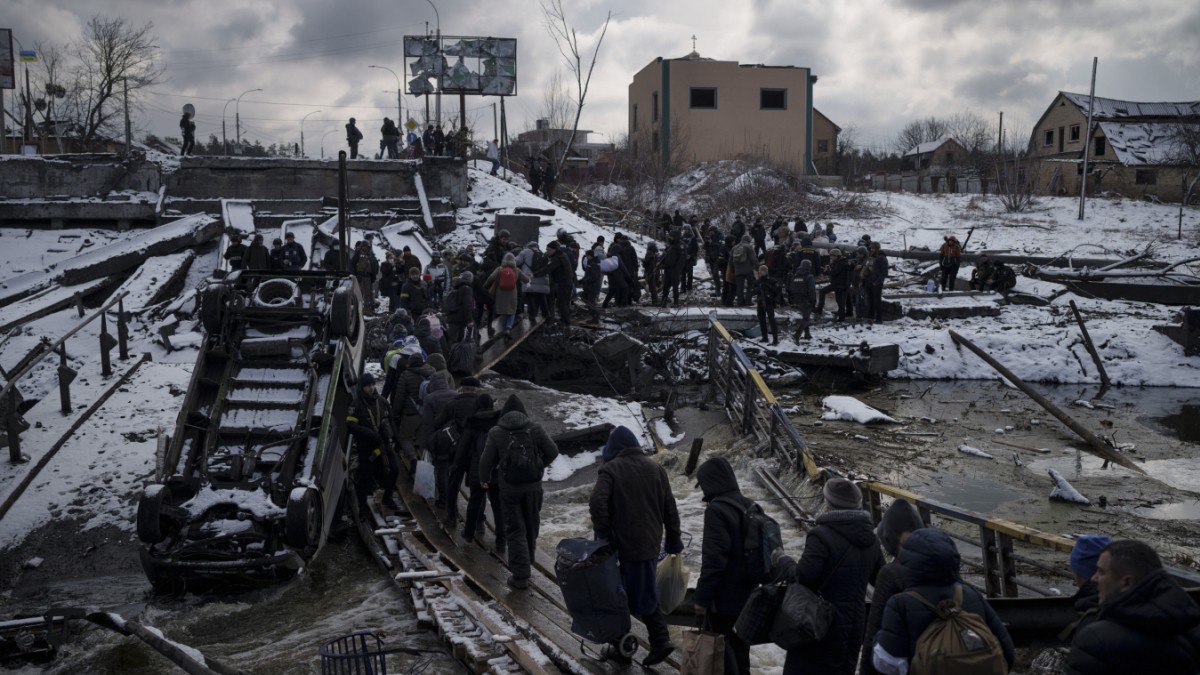 When the Russian army offers “humanitarian corridors” in the war of aggression against Ukraine, it sounds like poisoned charity. What is supposed to be for the care and evacuation of civilians is dangerous on the one hand because they obviously cannot trust ceasefires to last. On the other hand, the expulsion of people through a temporary protection zone, even when it should succeed reasonably peacefully, can be the starting signal for further destruction of cities. This is what Russia has done in the ruthless siege of Eastern Ghouta in Syria and in other conflicts. Therefore, it is better to talk about improvised escape corridors.

But what does “humanitarian” mean in war anyway? Describes the activities of aid organizations and everything that saves lives and reduces human suffering in addition to combat operations. For example, the feeding and protection of wounded soldiers, prisoners and civilians, as agreed internationally after the Second World War in the Geneva Conventions and their additional protocols.

Words humanitarian and humanitarian it emerged in English and French in the 19th century, still partly meaning “concerning all mankind”, but also in the sense of philanthropy, the active commitment to the most organized aid possible. The associated noun “mankind” oscillates between humanity and humanity, even in its Latin origin.

Over time, the term became exclusively associated with emergency aid in wars, natural disasters, and famines, which is why it has also been adopted in German in recent decades. This is how the word was imprecisely applied to the emergencies themselves, one speaks of a “humanitarian catastrophe”, although humanitarianism is supposed to remedy the situation.

“Special operation” instead of war

“There is no comprehensive and generally recognized legal definition of a humanitarian crisis,” reads the “Handbook on Crisis Investigation.” That means there are international conventions and many essential aid missions, but no clear consensus on where to start and where to end. Especially when wars are no longer declared but become “special operations” and the United Nations cannot be (sufficiently) present, then humanitarian aid depends even more on the arbitrariness of the parties to the conflict. International humanitarian law exists, but innumerable obstacles to its effective application.

Also contributing to the confusing use of the word “humanitarian” is the fact that the term “humanitarian intervention” has been in use since the 1990s. What was intended were military operations to prevent human rights violations in Bosnia, Kosovo, Timor East, Rwanda or Somalia, sometimes with or without a UN mandate. Critics complained that the bombings cannot be described as humanitarian, even if they could have prevented worse suffering. Such operations are now out of the question against Putin, but many have found his definition of “humanitarian” instead: help where possible.