Ukraine crisis: What are the Donetsk and Luhansk People’s Republics? 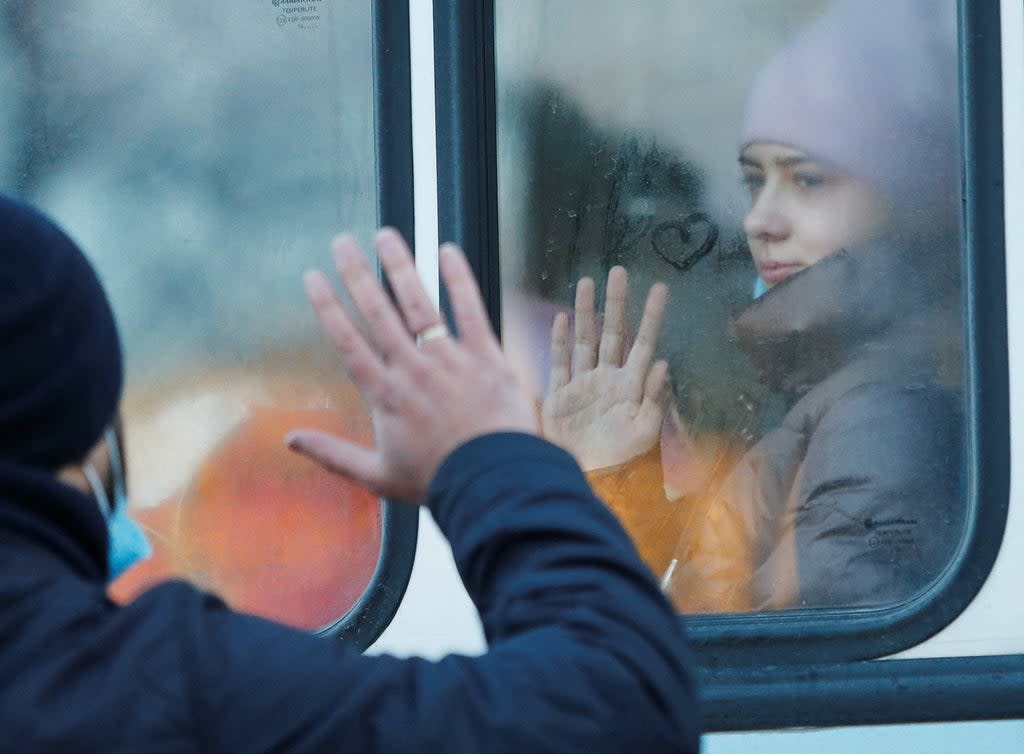 After weeks of rising tensions between Russia and Ukraine over Moscow’s military buildup along its western border with its neighbor, war has finally returned to Europe.

Russian President Vladimir Putin announced a “special military operation” in a televised address to his citizens in the early hours of Thursday, February 24, ending diplomatic efforts by the West to avert calamity and restore peace.

Explosions were reported soon after on the outskirts of the cities of Kharkiv, Kramatorsk, Mariupol, as well as in the capital kyiv, causing many Ukrainians to form queues at supermarkets, ATMs and gas stations in preparation to weather the siege or try to run away

Ukrainian President Volodymyr Zelensky said his government has introduced martial law in all territories of the state and urged citizens to stay home as much as possible.

Meanwhile, the country’s airports were temporarily closed and secured against possible landings by Russian planes, while Russia closed its own airspace around the border to civilian access for the next four months.

In the initial skirmishes, Ukraine’s military has said it destroyed four Russian tanks on a road near the eastern city of Kharkiv, killed 50 soldiers near a town in the Luhansk region and shot down a sixth Russian plane, also in the East of the country.

According to Zelensky, 137 Ukrainian civilians and soldiers were ultimately killed on the first day of fighting and another 316 wounded as he appealed to the international community to do more to help. He vowed to stay in kyiv when Russian missile strikes began targeting the city in the early hours of Friday morning.

Tensions in Eastern Europe have risen since December, when Russia stationed an estimated 130,000 troops along its western border and then another 30,000 in Belarus, consistently denying that it intended to carry out incursions into Ukraine.

His predecessor, Dmitry Medvedev, now the council’s deputy chairman, told Putin he believes most Russians would support the two regions’ claims to independence, adding that around 800,000 Russian citizens live in the DPR and LPR.

Recognition of their status as independent states followed quickly, giving Putin a pretext to send troops across the border while arguing he was doing so to protect breakaway regions as allies against kyiv.

Vassily Nebenzia, the Russian ambassador to the UN, insisted there would be no “new bloodbath” in eastern Ukraine, but warned the West to “think twice” before making matters worse.

US President Joe Biden, UK Prime Minister Boris Johnson and UN Secretary-General Antonio Guterres have since joined other world powers in condemning the “unprovoked and unjustified” attack. of Moscow on Thursday 24 February and promised to “hold him accountable”.

The sanctions revealed so far by the West, including measures taken to prevent Russian banks and wealthy plutocrats from doing business abroad and blocking regulatory approval for the lucrative Nord Stream 2 pipeline, have been criticized as inadequate and top officials Russians like Mr. Medvedev and Sergey Lavrov have shrugged their shoulders with a smile.

Mr. Lavrov was particularly dismissive, stating: “Our European, American and British colleagues will not stop and will not calm down until they have exhausted all their possibilities for so-called ‘Russian punishment’. They are already threatening us with all kinds of sanctions or, as they say now, ‘the mother of all sanctions’.

“Well, we are used to it. We know that the sanctions will be imposed anyway, in any case. With or without reason.”

Both the DPR and the LPR declared their independence on May 12, 2014 after Putin annexed the Crimean peninsula in response to his preferred pro-Moscow presidential candidate, Viktor Yanukovych, being ousted from power by mass protests.

An estimated 14,000 people have been killed in the ongoing conflict in the region over the past eight years, with NATO and Ukraine accusing Russia of arming separatist rebels, a charge the Kremlin denies.

The DPR and LPR are officially considered terrorist organizations by kyiv, although that is not an agreed-upon designation by the US, EU, or other international bodies.

Its previous leaders, Alexander Zakharchenko and Igor Plotnitsky, were signatories to the 2014 and 2015 Minsk agreements, which were forged in hopes of ending the violence but were never enacted due to differing interpretations of the accords.

Russia insisted that it was not a party to the conflict and therefore the agreement did not apply to it, arguing that it could not withdraw armed forces and military equipment from Donetsk and Luhansk because the fighters were part of a separatist insurgency and not yours. .

Both sides continued to disagree, with Ukraine seeing the Minsk agreements as a means by which it could re-establish control over its border, while Russia saw them as an opportunity to grant autonomy to rebel territories, effectively giving it a voice in politics. outside Ukraine. by delegation.

The prospect of elections in the industrial heartland of Donbas that is home to the DPR and LPR was also controversial, as it raised the possibility of former separatist warlords sitting in parliament or gaining top police posts, an outcome that many Ukrainians considered intolerable.