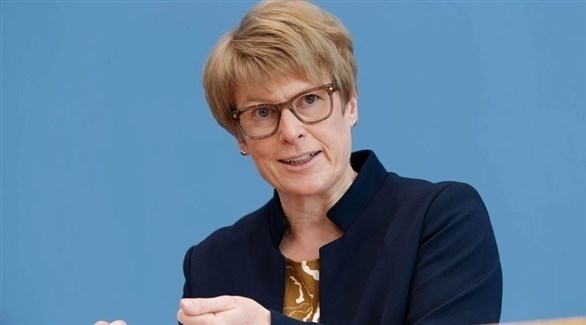 Economists at major German financial and economic institutions see a higher risk of permanent inflation due to the Ukraine crisis.

Katharina Utermol, an expert at the German insurance group Allianz, expressed a similar opinion, saying: “The German economy is facing difficult times, and the first signs of reversal show that the Russian invasion of Ukraine marks a turning point in the economy.” .

Utermole expects economic growth in Germany this year of just 1.8%, with inflation averaging 6% this year, and for inflation, the European Central Bank’s target is to keep it in the 2% range, however, Utermole stressed that there are currently no conclusive results. indications of making high salary agreements, “In light of the great economic uncertainty, I also assume that the unions will reduce their salary demands in part,” he said, explaining that this is also possible because the State is easing the burden on families.

Shattenberg also fears the repercussions of this in the labor market and said that “it is possible that the recovery of the labor market will slow down or even stop in the short term”, noting, on the other hand, that a new fall in the rate of Unemployment is expected in March.

The Federal Employment Agency is due to announce its March statistics next Thursday, and Shatenberg remains relatively optimistic about economic growth, if there is no disruption to gas supplies from Russia.

According to Veronica Grimm, the Germans will have to adapt to higher prices in the long run. “Even if there is no interruption in (Russian) imports, gas from other suppliers will be more expensive,” she said, adding that it is now important to rapidly expand renewable energies, “we have to do everything in our power,” he said, explaining, on the other hand, that this compensation cannot be achieved before a period ranging between 3 and 5 years.

Noting that the problem is aggravated by high fertilizer and food prices, Grimm said “this will lead to a hunger crisis that will mainly affect emerging and developing countries,” explaining that Russia and Ukraine have the 14% of world wheat production. and a large share overall of world agricultural exports. : “This will be the third major crisis of the decade”, noting on the other hand that industrialized countries will be able to pay higher prices, explaining that it will be difficult for the European Central Banks in terms of monetary policy to reconcile the expected low growth and prices persistent highs.

And if Russian energy imports stop, Kohler-Gabe sees the risk of a recession, at least in the industrial sector, saying: “Without state support through financing the part-time work system, then a significant reduction in employment in energy-intensive sectors is expected”, explaining that this may lead to a temporary interruption of employment for the entire economy.

“If imports do not stop, a weak economic recovery is likely from spring,” said Kohler-Gabe, referring at the same time to the risks of the Corona pandemic, and made it clear that it is not ruled out. a rapid rise again in injuries, an increase in hospital density and an increase in deaths caused by infection with the Corona mutant “Omicron” or any new viral mutation, so he called for caution while additional restrictions are eased. related to protection against infection.