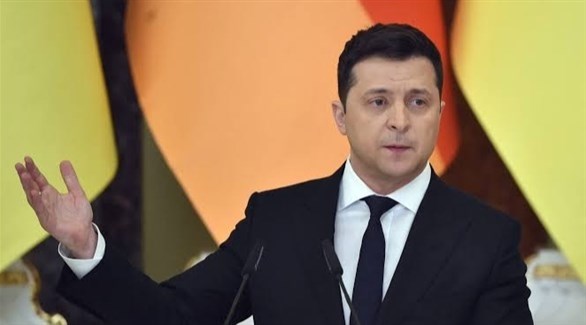 Ukrainian President Volodymyr Zelensky said on Wednesday that talks between his country and Russia were contentious but moving forward as the West planned to announce more sanctions against the Kremlin amid a deepening humanitarian crisis.

Ukrainian officials said intense Russian airstrikes hit the besieged port city of Mariupol, where street clashes broke out on Tuesday, a day after the city rejected Moscow’s demand to surrender.

The city council said the shelling had reduced Mariupol to “ashes”.

Hundreds of thousands are probably trapped inside buildings, without food, water, electricity or heat.

The RIA news agency quoted a separatist leader as saying that Russian forces and Russian-backed separatist units had taken control of almost half of the city, which has a population of about 400,000.

But Zelensky, in an early-morning speech, clung to the hope that negotiations would move forward, even though they had achieved little since the invasion began on February 24.

“We continue to work at various levels to encourage Russia to move towards peace… Ukrainian representatives take part in the talks that take place almost every day. They are very difficult and sometimes contentious… But we are moving forward step by step.” , ” he said.

Russian President Vladimir Putin’s invasion of Ukraine forced more than 3.5 million to flee the country, led to an unprecedented isolation of the Russian economy by Western sanctions, and raised fears of a wider conflict in the West that It had been unimaginable for decades.

- Advertisement -
Share
Facebook
Twitter
Pinterest
WhatsApp
Previous articleI was successful twice, so he asked for the discount. Milan draws inspiration from the power of Expo 2020 Dubai (photos)
Next articleWhat refugees from Ukraine need to know