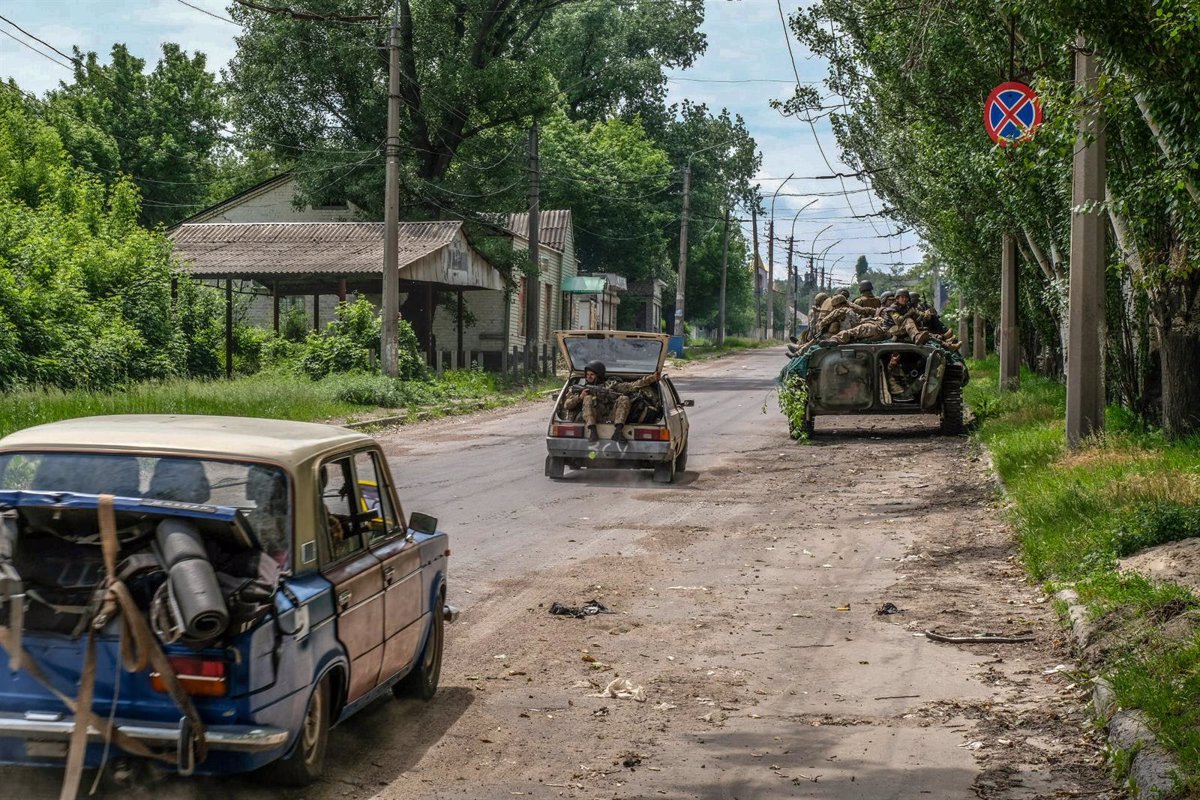 Ukrainian authorities said this Monday that Russian forces are trying to “blockade” the city of Lisichansk in the Luhansk region (east) after losing control of Severodonetsk and standing in the middle of the Russian offensive to seize the entire Donbass.

“They are trying to blockade the city from the south, destroying everything they can with their artillery and fire systems. We maintain the defense of Lisichansk,” said the head of the Lugansk regional administration Serhiy Haidai in a message on his account. on the social network Facebook.

He stated that “Lisichansk is being attacked from the direction of Popasna” and complained that “the city has a lot of damaged houses and infrastructure, including two churches”, stressing that the attacks against the cities were also carried out from Vovchoyarivka . Luskutivka and Verjniokamianka.

In this sense, he pointed out that in Lisichansk “there are many injured” and added that “whenever possible, roads and streets are inspected to look for victims”. “The Russians tried to attack in the Verjniokamianka area, but were forced to retreat. Not everyone could do it alone,” he stressed.

For its part, the General Staff of the Ukrainian Army confirmed that “the enemy, with artillery support, is trying to blockade the city of Lisichansk from the south” and “attacks civilian and military infrastructure in the Lisichansk, Vovchoyarivka, Luskutivka and Verjniokamianka oblasts”.

“Enemy planes bombed near Lisichansk. Fighting in the Vovchoyarivka area continues. In the vicinity of Verjniokamianka, the defense forces inflicted heavy casualties on the enemy and forced them to retreat,” he added in a message on his Facebook account.

Lisichansk is listed as a prime target for Russian troops after they seized control of Severodonetsk across the Donets River over the weekend. Moscow is therefore trying to seize all of Lugansk from Ukraine and expand its occupation of the Donbass region.