Ukraine at the Paralympic Games: Each medal a message of peace – Sport 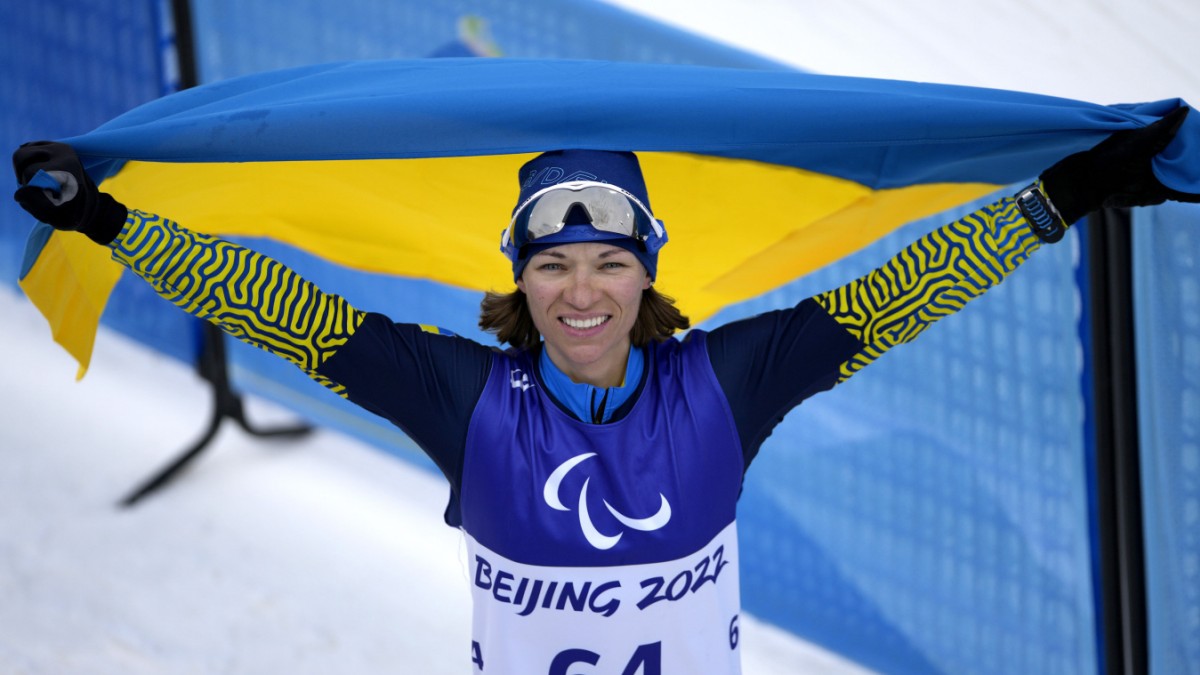 Grigory Vovchinsky was the first to win a medal for Ukraine at the Beijing Paralympics, and he was the first to convey the importance of that achievement in front of the microphones of reporters from around the world. “My gold medal is for peace in Ukraine, for the people of Ukraine and for a world without war,” he said after winning the standing biathlon race on the first day of competition.

It was Vovchinsky, 33, who spoke on behalf of Ukraine’s athletes on Thursday. They had gathered for a peace rally in the Paralympic Village, with the flags of the participating nations fluttering behind them. “Peace for all” had been written on a poster. Vowchinsky said: “They are bombing our children and women, I can’t believe it. This has to stop immediately.” In one hand he held a microphone, in the other the hand of Valery Sushkevich, the head of the Ukrainian Committee, who was sitting next to him in a wheelchair.

The Ukrainian team’s impressive performance in Beijing began with a press conference by the 67-year-old Sushkevich. The day before the opening ceremony, he reported on the team’s arduous journey, which lasted four days and four nights. The team escaped by bus from Kiev to Lviv, through Poland, Slovakia and Austria to Italy, where many athletes were still in training camp.

“Our presence here at the Paralympic Games is not just a presence. It is a sign that Ukraine was, is and will remain a country,” Sushkevich said. The competitions? It would be difficult if a family member could die at any moment: “Mother, father, daughter, son,” he listed slowly.

The example of two athletes who gave up their careers and justified it with the situation at home showed how quickly these competitions and the signals they can send completely lose importance: Lijudmila Liaschenko and Anastasija Lalentina. Lalentina’s father, a soldier in the Ukrainian army, was captured by Russian soldiers, the team’s spokeswoman said. Liashenko called off a planned launch after her home in Kharkov was destroyed by Russian bombardment.

Ukraine has won 19 medals so far

However, it is also the sporting success that accompanies these Paralympic Games in Ukraine. 19 medals, that was the status of Thursday. It is very likely that Ukraine will be among the top six nations at the Paralympic Games, winter and summer, for the tenth year in a row. For years, this success has also had a political undertone: the Ukrainian Paralympic athletes’ summer sports center was built on the Crimean peninsula. However, since the annexation by Russia in violation of international law in 2014, the use has at least been complicated.

Ukraine’s success at the Paralympics has a lot to do with the federation’s chief, Sushkevich, who has used a wheelchair since contracting polio. He used to be a swimmer, which, with a disability in the Soviet Union, spoke of great resilience. In 1998 he was elected to the Parliament of Ukraine. And he has been president of the Paralympic Association for 25 years.

Among other things, a program called “Invasport” dates back to him: Each oblast, that is, each province of Ukraine, has its own parasports organization with appropriate training opportunities, says Lee Reaney of the English-speaking one. Kyiv Post, the only Ukrainian journalist at the Paralympic Games. Parasports, he says, are now receiving significant government funding.

2021 wrote the New York Times In an article about Ukrainian para-athletes, President Volodymyr Zelensky visited the team before leaving for the Tokyo Summer Games and apologized that there was no president before him. In a country where progress on inclusion is problematic, sport is “a career opportunity for people with disabilities,” says Reaney.

Already in 2014, Sushkevich and his athletes gave well-received interviews in which they wished for peace. Back then, Russian soldiers were marching in Crimea while the Paralympics were being held in Sochi. “That’s the most cynical aspect,” Sushkevich said at his emotional news conference a week ago: that the Paralympics are now being hit again.

But of course the situation is hardly comparable. In 2014, Sushkevich reported that Vladimir Putin personally received him as a representative of his association: “He listened to me, that was important to me.” On Thursday, Grigory Vovchinsky, the cross-country skier and biathlete who won gold, silver and bronze alone, said in Beijing: “I think the Russian soldiers and army are not people, they are animals.”

Meanwhile, a message arrived from Russia that once again had to sound cynical to the Ukrainians. A sports festival will take place in Russia three days after the Paralympic Games. Up to 70 athletes will compete in cross-country skiing, biathlon, curling, snowboarding, alpine skiing and ice hockey, the Paralympic winter sports. The competitions will be held “under the flag of the Russian state and to the sound of the Russian national anthem,” official Sergei Artamonov said, according to the TASS news agency. 71 Russian athletes were excluded in Beijing by the International Paralympic Committee (IPC) only after severe criticism from almost all participating nations.

The event is scheduled to start in Russia on March 16. The 20 Paralympic winter sports athletes from Ukraine will probably not be in their home country yet because it is impossible to return. Apparently his return flight from Beijing is going to another European country. Nothing else is currently known.