Ukraine and central banks give greater opportunity for fixed income 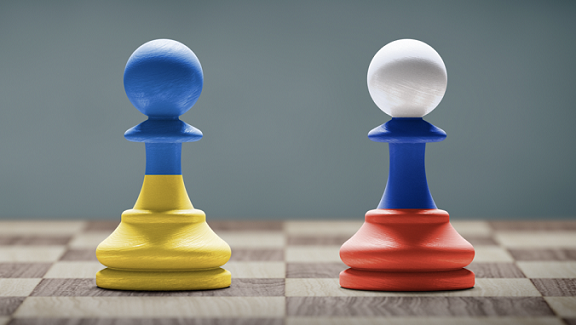 And with this came the voices that warned of a possible stagflation, it say, the gradual reduction in the prospects for economic growth together with an inflationary scenario not seen in the last three decades due to the rise in raw materials as a result of the sanctions imposed by the world’s leading economies to Russia. The Eurasian giant is the world’s second largest exporter of natural gas and the first in Europe and Ukraine. It is also an important exporter of basic agricultural goods such as wheat, corn, barley and sunflowers.

Given this scenario, the central banks are going to have to find the key to not slow down the economy after the Covid-19 pandemic and at the same time they must stop the rise in generalized prices that is taking place in most of the world’s economies . This reality, which is accentuated by Russia’s invasion of Ukraine, is a window of opportunity for investors to build long-term portfolios in quality assets, and it is also a window of opportunity for more conservative profiles.

The Russian invasion of Ukraine has widened debt spreads and caused the market to price in a more gradual and orderly monetary normalization. In the case of the United States Federal Reserve, investors discount five increases in the cost of money of 0.25% during this 2022 and for the eurozone they believe that the European Central Bank (ECB) will not move interest rates until the first Quarter of 2023 compared to the forecast at the beginning of the year in which seven hikes were expected in the US and even two in the Old Continent. Everything resulted, of course, from the time that the conflict can last, although it could realize a divergence between the monetary policies carried out by the ECB and the Federal Reserve.

High-quality sovereign bonds, mainly those of Germany and the US, have lowered their yields as a result of investors seeking refuge and the lower probability that a restrictive monetary policy will be imposed in the short term. The ten-year German bond has again offered negative returns in the secondary market at the beginning of March after at the beginning of the year it managed to end more than three consecutive years without offering returns to holders.

Something similar has also been seen in the bonds of France and in the so-called peripheral countries of Western Europe: Italy and Spain. Ten-year Spanish Treasury bonds fell below the 1% barrier at the beginning of March, and in the case of the Italian bond they stood at around 1.5%.

Asset Managers organizes at the end of February a round table on fixed income with some prestigious firms in the asset management industry such as the American manager Fidelity International, the Swiss Vontobel Asset Management, the Spanish Welzia Management and the Spanish private banks Atl Capital and Beka Finance Private Banking where the guests addressed the moment of debt and credit assets. The conclusion of the forum is that it is a time to be constructive thanks to the increase in yields generated by the conflict in Eastern Europe and the gradual rise in interest rates that will arrive in the coming months.

“It is time to increase duration risk and start building portfolios with somewhat longer maturities, from three to five years. The short and long terms of the curve have rallied since we saw the Russian invasion of Ukraine. In the part of sovereign bonds With the search for refuge, the rates have been narrowed by 20 basic points, however, in the credit part there has been a widening of the spreads that has not been as much compared to what has been seen on the stock market”, he explains. David Azcona, Investment Director of Beka Finance Private Banking.

“The market is now focused on issuer fundamentals, looking at companies’ balance sheets and their future growth prospects. In addition, we have seen an interesting phenomenon since high-yield corporate bonds -‘high yield’- have improved due to the increase in raw materials and the good work of companies linked to these sectors”, adds Azcona while acknowledging not have exposure to companies with a presence in Russia in order to reduce risks.

The ‘high yield’ has been in recent years the great ally of fixed income stores to achieve returns by increasing risk, so it is a kind of ‘proxy’ of fixed income to shares and the performance of these assets is correlated with the bag. The expansionary monetary policies have provided abundant liquidity in the market and thus have caused corporate bankruptcies to be below their historical average, which benefits high yield bonds. In fact, the asset purchase programs linked to the pandemic launched by central banks were key to mitigating the economic effects of Covid-19 on companies.

from Vontobel AM, your sales director for Iberia Ricardo Comín He comments that with the war the differentials between sovereign bonds and corporate credit have been further amplified. “I still think that it is an opportunity, although it is true that we have greater volatility than expected. The goal is where you have to look and we reach that goal with saddlebags loaded with positive returns, ”he argues.

Oscar Esteban, director of events at Fidelity International,go”some flight to safety and we expect a stronger dollar in the short term, although we continue to expect the US currency to depreciate in the longer term. Investors are focused more on the adverse impact of the crisis on banks’ growth than on its inflationary implications, as investors are also unsure of the central banks’ ability to withstand monetary policy given high debt levels.

Sandra Fernández, Investment Solutions analyst at atl Capital, points out that it continues to maintain “a defensive position in terms of duration and exposure to government bonds, the main victims in a scenario of interest rate rises. Although in the short term they may perform well due to their consideration as safe haven assets, I believe that in the medium term they will not be”.

For its part, Carlos Mendoza, Head of Fixed Income Management Specialization at Welziamaintains that the longer durations in corporate bonds are not yet compensating for profitability the risk assumed and therefore it maintains a portfolio with short maturities with the aim of not being caught off guard by the potential rise in interest rates.

Mendoza frequently maintains that liquidity is important in portfolio management to take advantage of downturns and opportunities offered by the market such as the current one, as well as being an element of protection. “It is important to take it into account and know how to manage it, however, investors do not pay us to have a lot of liquidity in their portfolio”, he values.

Where is there value in fixed income?

In the round table, the participants addressed issues such as issues without a credit rating, the debt instruments to take into account at the moment, whether returns can be found in sovereign bonds or the novelty that green bond issues represent.

As for the question of whether there is value at the moment in European main -or ‘core’- and peripheral government debt, the general consensus is that there is not yet, but the potential rise in rates obviously opens the door for that to be out. In emerging countries, things change, although Fidelity International and Vontobel AM continue to see a lot of potential in emerging corporate credit, although you have to be selective and have enough resources to do a fundamental analysis of issues.

“Since 2013 we have made a very strong bet on emerging countries due to the lack of performance in the European sovereign coupons. In emerging markets there is an interesting long-term trend and that is that many issuers are becoming investment grade and this is generating purchases. When there is a search for ‘yield’, these markets tend to perform well, although one must still be cautious due to the volatility that this implies. In addition, there are brutal emerging corporations that present figures well above those listed on the Ibex 35”, highlights Comín.

“Emerging economies are an opportunity and Chinese government fixed income is a good decorrelation. In fact, last year the stock markets and the ‘high yield’ suffered, while the Chinese sovereign debt did not have any impact”, emphasizes Esteban. From Fidelity they believe that the value also goes from emerging to European high yield because it is not as sensitive to interest rates and there will be no increases in defaults and bonds linked to the financial sector.

Mendoza comments that when investing in this asset class it is also important to take into account currency risk and nominal interest rates relative to inflation seen in some emerging economies. “A yield of 4% that a bond in Brazil pays you, for example, as the Brazilian real is, the type of coverage is not going to make me an absolute ‘hedge’ and it is not going to provide me with an extra return to what I am finding in Europe”, he explains.

Some debt instruments where the market sees higher value are contingent convertibles, also called CoCos or Additional Tier 1 (AT1) capital, which are hybrid issues with debt and equity elements. Its main characteristic is that it can be converted into shares if the CET1 capital ratio falls below a certain level.

There is also value right now in inflation-linked bonds, such as instruments like asset-backed security (ABS), it say asset-backed securities. These are bonds or promissory notes that are backed by financial assets made up, as a general rule, of accounts receivable (not including mortgages). These can be: loans, leasing, personal and credit card debt, mortgage bonds on commercial and residential real estate, pending collections…

As for green bonds, which is one of the asset classes that has generated the most media and institutional strength in the years of the pandemic, the participants do not believe that it will have a remarkable performance with respect to conventional debt. At the moment, the demand for sustainable fixed-income funds in Spain is also not keeping up with the supply of managers that in recent years have launched a multitude of products of these characteristics in the heat of the ecological transition and the plans of the European Union.