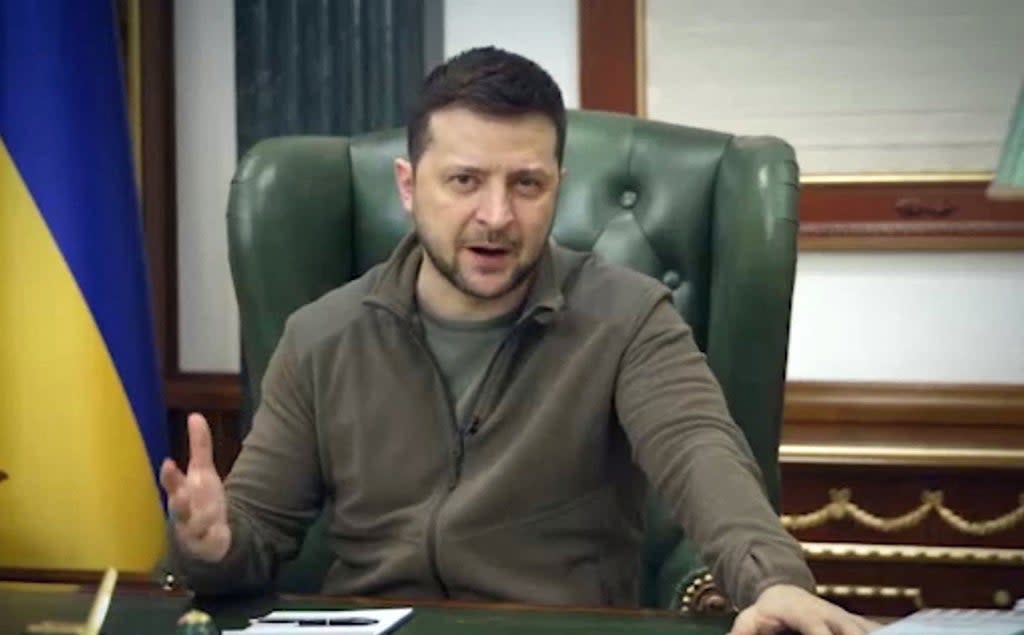 Ukraine has accused Russia of kidnapping the mayor of the southern port city of Melitopol.

He claimed that soldiers placed a bag over Mayor Ivan Fedorov’s head and took him to an unknown location.

President Volodymyr Zelensky demanded their immediate release and compared the actions to those of Islamic State “terrorists”.

“They have moved to a new stage of terror, in which they are trying to physically liquidate representatives of local legal authorities in Ukraine,” Zelensky said in a video address.

Kirill Timoshenko, deputy head of Ukraine’s presidential office, posted a video on the social networking site Telegram that he said showed a group of armed men leading Fedorov through a square.

The prosecutor’s office of the Lugansk People’s Republic, a Moscow-backed rebel region in eastern Ukraine, said on its website that there was a criminal case against Fedorov.

The office accused him of “terrorist activities” and financing the nationalist Right Sector militia to “commit terrorist crimes against Donbass civilians.”

The office said it was looking for Fedorov and called anyone with information on his whereabouts to contact them.

Meanwhile, authorities have warned of a humanitarian catastrophe in the port city of Mariupol, which has been surrounded by Russian forces and food and medicine deliveries cut off.

Mariupol officials said Friday that 1,582 people had been killed in the 12 days since the siege began.

“There is a humanitarian catastrophe in the city and the dead are not even being buried,” the Mariupol mayor’s office said in a statement calling on Russian forces to lift the siege.

Ukrainian authorities have accused Russian forces of shelling evacuation routes and preventing civilians from escaping the city of 430,000.