Ukraine: 10 million have fled their homes 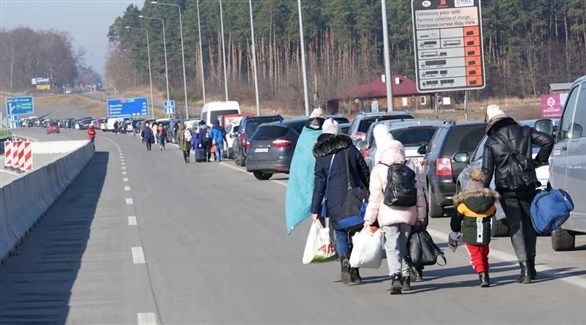 “The war in Ukraine is so devastating that 10 million have fled, either as internally displaced persons or seeking refuge abroad,” Grandi wrote on Twitter.

“Among the responsibilities of those who fight in war, around the world, is the suffering inflicted on civilians who have been forced to flee their homes,” he added.

UNHCR said on Sunday that 3,389,044 Ukrainians have left the country since the start of the Russian invasion on February 24, and another 60,352 have migrated, and about 90% of the people who fled are women and children, because men among ages 18 and 60 can be called up for military service and cannot leave.

For its part, the United Nations Children’s Fund announced that more than 1.5 million children are among those who have fled abroad, warning that the risks of exploitation are “real and growing”.

The United Nations International Organization for Migration also announced that as of Wednesday, 162,000 foreign citizens had left Ukraine for neighboring countries.

UNHCR previously estimated that as many as four million people have left Ukraine.

Before the conflict, Ukraine had 37 million people in government-controlled areas with the exception of Russian-annexed Crimea and pro-Russian breakaway areas in the east.