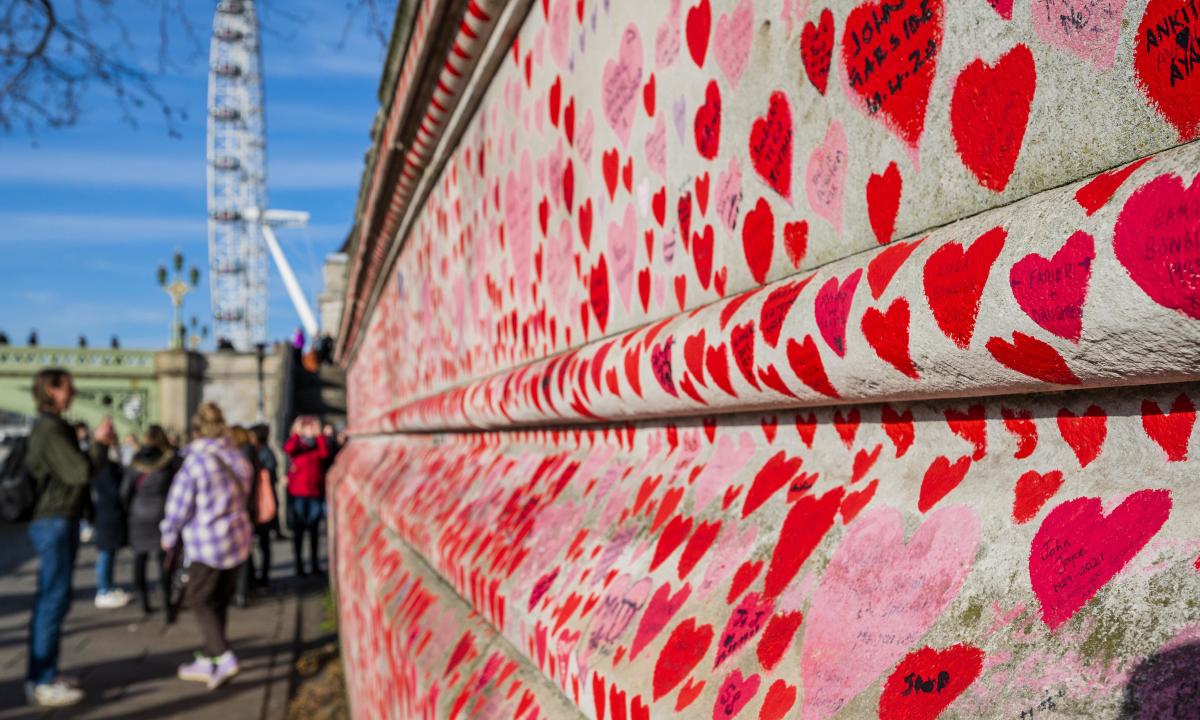 ONS says one in 11 people in Scotland had coronavirus in the week ending March 20, the country’s highest figure since the survey began.

The number of coronavirus infections across the UK rose by around 1 million compared to the previous week, with figures in Scotland at a record high, data from the Office for National Statistics has revealed.

According to the latest information from the ONS, based on swabs collected from randomly selected households, an estimated 9% of the population in Scotland had Covid in the week ending March 20, roughly one in 11 people. The figure is the highest recorded by the survey since it began analyzing the situation in Scotland in October 2020.

Infection levels also increased in England and Wales, although they fell slightly in Northern Ireland, with data revealing that around one in 16 people in England had Covid in the most recent week, compared with one in 20 the previous week. , an increase from approximately 2,653,200 to 3,485,700 people.

The figure is just shy of England’s all-time high, when about 1 in 15 were estimated to have had Covid in the week between Christmas and New Year’s Eve last year, at the height of the Omicron wave.

Experts have suggested that the recent rise in infection levels in the UK is due to a number of factors, including the lifting of Covid restrictions to various degrees across the UK, changes in behaviour, decline in immunity after the booster schedule and, more importantly, the increase in the BA.2 variant, which appears to be more transmissible than the earlier form of Omicron.

“The percentage of people with infections consistent with the Omicron BA.2 variant increased in England, Wales and Scotland and decreased in Northern Ireland,” the ONS report states.

Previous ONS figures suggested that Northern Ireland saw a rise in BA.2 earlier than other parts of the UK.

On Friday, the UK Health Security Agency reported that cases of the BA.2 Omicron variant were increasing 75% faster than the original variant, BA.1, and now accounted for almost 89% of covid infections. sequenced in England. There is no evidence that BA.2 causes an increased risk of hospitalization.

The agency is also monitoring three “recombinant” forms of the coronavirus that can occur when a person is infected with two variants of Covid at the same time. The first, a combination of Delta and BA.1, known as XF, caused a small cluster in the UK, but hasn’t been seen since mid-February. The second, XE, is a combination of BA.1 and BA.2 and is spreading 10% faster than BA.2 in the UK, with 637 cases identified as of March 22.

The third, XD, is another combination of Delta and BA.1. While it hasn’t made it to the UK yet, it has turned up in France, Belgium and Denmark, and scientists are watching it closely because it’s essentially the Delta variant with the Omicron spike protein.

The ONS figures also show infection levels rose across all age groups in England. While the percentage of people who tested positive was higher in children between the ages of two and the sixth grade of school, infection levels reached unprecedented levels in older adults: among those 70 and older, the figure reached a 5.7% estimated on March 19.

While all regions of England saw a rise, the highest levels of infection were recorded in the south east, with about 7.5% of people, or one in 13, estimated to have had Covid during the week.

Sarah Crofts, director of analytical results for the Covid-19 Infection Survey, said: “Our most recent data shows that infection levels have continued to rise in England, Wales and Scotland, driven by the increase in the Omicron variant. BA.2.

“Northern Ireland was a few weeks ahead of the rest of the UK on this uphill variant, where we now see a welcome decline. Meanwhile, Scotland has now reached the highest level of any UK country seen in our survey.

“Across England, infections have risen across all regions and age groups, particularly those over 50, which are at their highest levels since our survey began.”

The figures come the week before free community testing ends for most people. After April 1, most people in England will have to pay to be tested for covid, while advice to stay home if someone has covid symptoms will also be removed.

While vaccines, improved treatments and a change in the severity of variants have helped weaken the link between infections, hospitalizations and deaths, the recent rise in the number of people with covid has hit the NHS, with an increase in hospitalizations, including an increase. in those receiving treatment primarily for Covid, raising concerns about infections in vulnerable people and posing logistical challenges. Some hospitals have suspended visits due to rising infection levels.