UK weather forecast: temperatures soar to 18C on Saturday in ‘hottest day of the year so far’ 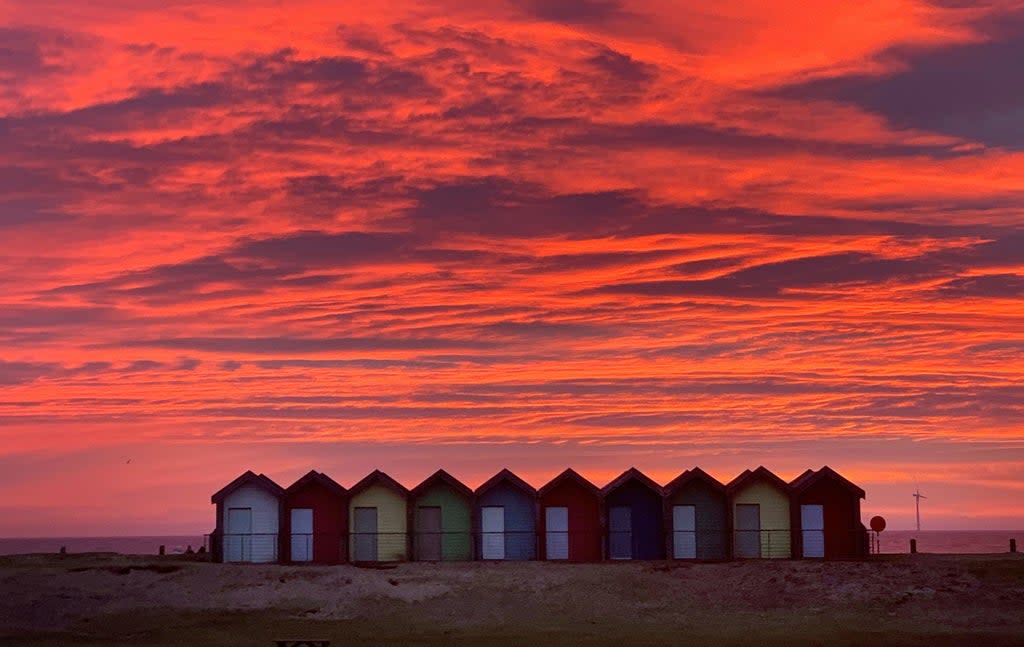 Saturday is expected to be the hottest day of the year so far, with temperatures reaching 18C in some areas, forecasters said.

It comes after a cloud of Saharan dust moving across Europe hit the UK on Wednesday, turning skies orange and red over southern parts of the country.

Weather Bureau meteorologist Dan Stroud said the dust is likely to be removed from the air by an area of ​​clouds and rain pushing east across the West Country on Wednesday night.

But high pressure building up behind wet weather over the course of the weekend is likely to see areas of southern England enjoying a warm spring Saturday.

“We are likely to see some very nice spring sunshine, especially in London and the south east area, over the course of Saturday,” Stroud said.

“We’re looking at temperatures as high as 16, 17, and maybe even a rounded 18C might be possible.”

The Met Office said the hottest temperature it had recorded so far in 2022 was 17.2C at Pershore, Worcestershire, meaning Saturday could become the hottest day of the year so far.

Rain in England will start to clear up later on Wednesday as many regions turn cold, with spotty frosts and some rural fog, the Met Office said.

Thursday is expected to be sunnier for most of England and Wales, with some wind and showers in the south-east.

Rain, frost and fog are likely to continue to hit parts of the UK through Friday.

The dust cloud, which is about 2km above ground level, hit Sussex, Kent and London on Wednesday afternoon.

The overall impact is “unlikely” to be significant, but people in affected areas will be able to see a “red or orange tint” in the sky, forecasters said.

Stroud explained that the colors were caused by Rayleigh scattering of additional particles in the air.

“Dust in the atmosphere causes light to refract more, so the red and orange hues of the spectrum dominate,” he said.

It comes as a plume, called a Celia Storm in other countries, sweeps across Europe from the Sahara desert, covering parts of southern Spain and France.