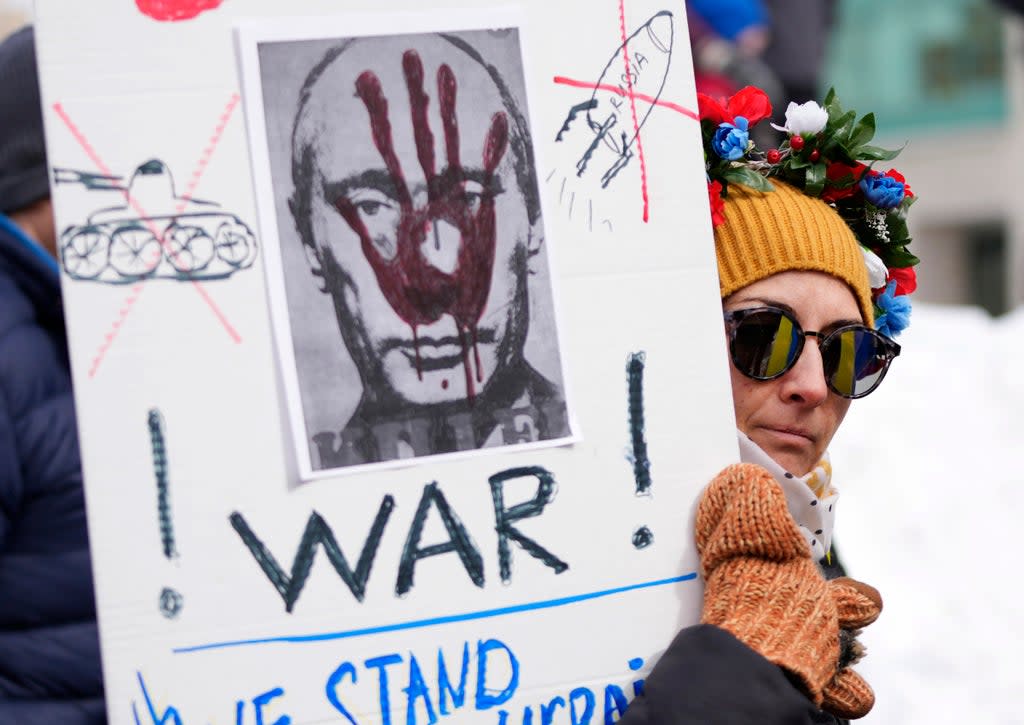 The UK “will continue to look for more options to bolster Ukraine’s self-defense,” said Prime Minister Boris Johnson, as he ordered the country’s people to “strength” in the face of Russian aggression.

In a call with Ukrainian President Volodymyr Zelensky on Sunday, Johnson said the UK “will continue to support Ukraine in all its efforts to end this disastrous conflict.”

Meanwhile, the Department of Health and Social Care said 21 Ukrainian children will receive life-saving cancer treatment in England after the UK government brought them with the support of Polish authorities and doctors.

Johnson praised Zelensky and the Ukrainian people for their “strength,” adding that Russian President Vladimir Putin’s “barbaric actions” were “testing not only Ukraine but all of humanity,” No 10 said.

The men also “condemned the murders of Brent Renaud and countless innocent Ukrainians, and the kidnapping of the mayors of Dniprorudne and Melitopol.”

On Sunday it was reported that Renaud, an acclaimed American filmmaker, was killed after Russian forces opened fire on his vehicle near the Ukrainian capital Kiev.

Zelensky accused Russia of kidnapping the mayor of Melitopol, a port city in southern Ukraine.

It came as 35 people were killed in an attack on a military training base in western Ukraine.

Johnson is said to have told Zelensky during their call that the UK would “continue to look for more options to bolster Ukraine’s self-defense.”

“The prime minister outlined the support that the UK continues to give to Ukraine,” a spokesman for No. 10 said.

“He said the UK would continue to look for more options to bolster Ukraine’s self-defense, working with partners, including at Tuesday’s Joint Expeditionary Force (JEF) meeting in London.

“The prime minister said that the UK will continue to support Ukraine in all its efforts to end this disastrous conflict.”

The Ukrainian president tweeted on Sunday: “Had talks with Prime Minister (UK) @BorisJohnson and Prime Minister (Czech Republic) @P_Fiala. He spoke about the struggle of the (Ukrainian) people against Russian aggression, about Russia’s criminal attacks on civilians.

The prime minister said that the UK will continue to support Ukraine in all its efforts to end this disastrous conflict.

“Thanks to the partners for their important support. We appreciate it. #StopRussia”.

She tweeted: “Good to talk to @DmytroKuleba. The courage of the Ukrainian leaders and people is immense.

“(UK) is doing everything it can to support, including defensive arms and humanitarian aid.”

Kuleba added that the pair had discussed “next steps to apply further sanctions on Russia.”

He tweeted: “The pressure must increase until Russia ceases its senseless aggression and stops its barbaric war crimes. Grateful to the UK for stepping up support for Ukraine.”

Johnson is preparing to embark on a series of meetings with Nordic and Baltic leaders this week as he seeks to bolster European resilience in the wake of Russia’s invasion of Ukraine.

The Prime Minister will host a JEF summit in London, where he will urge leaders to work together to ensure that no other nation falls victim to Vladimir Putin’s aggression, No 10 said.

Earlier on Sunday, it was revealed that more than 3,000 visas had been issued to Ukrainians seeking refuge in the UK, with “tens of thousands” potentially poised to benefit from a new humanitarian scheme.

Leveling Up Secretary Michael Gove also announced that local authority areas would be entitled to more than £10,000 for each Ukrainian refugee using the new route to the UK.

“Additional payments” will be available to support school-age children who need to accommodate within the education system, he said.