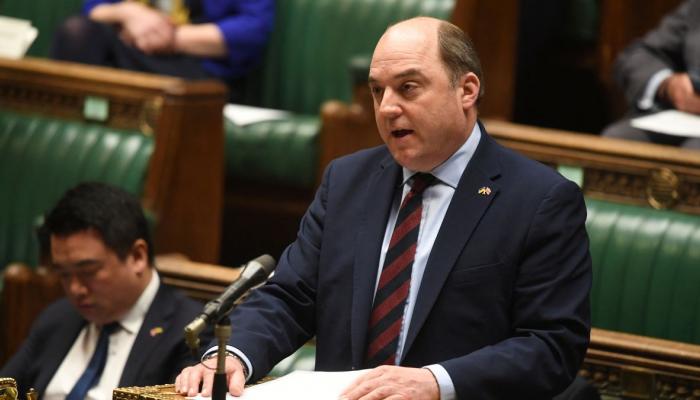 British Defense Secretary Ben Wallace fell victim to a scammer claiming to be the Prime Minister of Ukraine, only to discover the caller was a “fake man”.

After falling for the trap, the British Defense Minister ordered the opening of an investigation, to find out how the fraudulent caller managed to locate him and present himself as the Prime Minister of Ukraine, in this delicate circumstance.

The video call was made after an email was sent to a government department, with the fake caller claiming to be an aide at the Ukrainian embassy, ​​only to be transferred to the Defense Ministry.

“Today was an attempt by a scammer claiming to be the Prime Minister of Ukraine to talk to me. He asked several tricky questions and after I questioned him, I ended the call,” Wallace said on Twitter.

The British minister blamed Russia, saying: “No amount of Russian disinformation, distortion and dirty tricks can distract attention from Russia’s human rights violations and illegal invasion of Ukraine. A desperate attempt,” as he put it.

A defense source told Reuters that Wallace had ordered an immediate investigation into how the 10-minute call was allowed to take place.

British Home Secretary Priti Patel announced that she, too, had been targeted, writing on Twitter: “This also happened to me earlier this week…a pathetic attempt in such difficult times to divide us. We stand with Ukraine.” .

It is not the first time that British ministers have been the victims of a hoax; In May 2018, Prime Minister Boris Johnson, then Secretary of State, spoke about international relations and rude behavior from a fake caller posing as the Armenian Prime Minister.