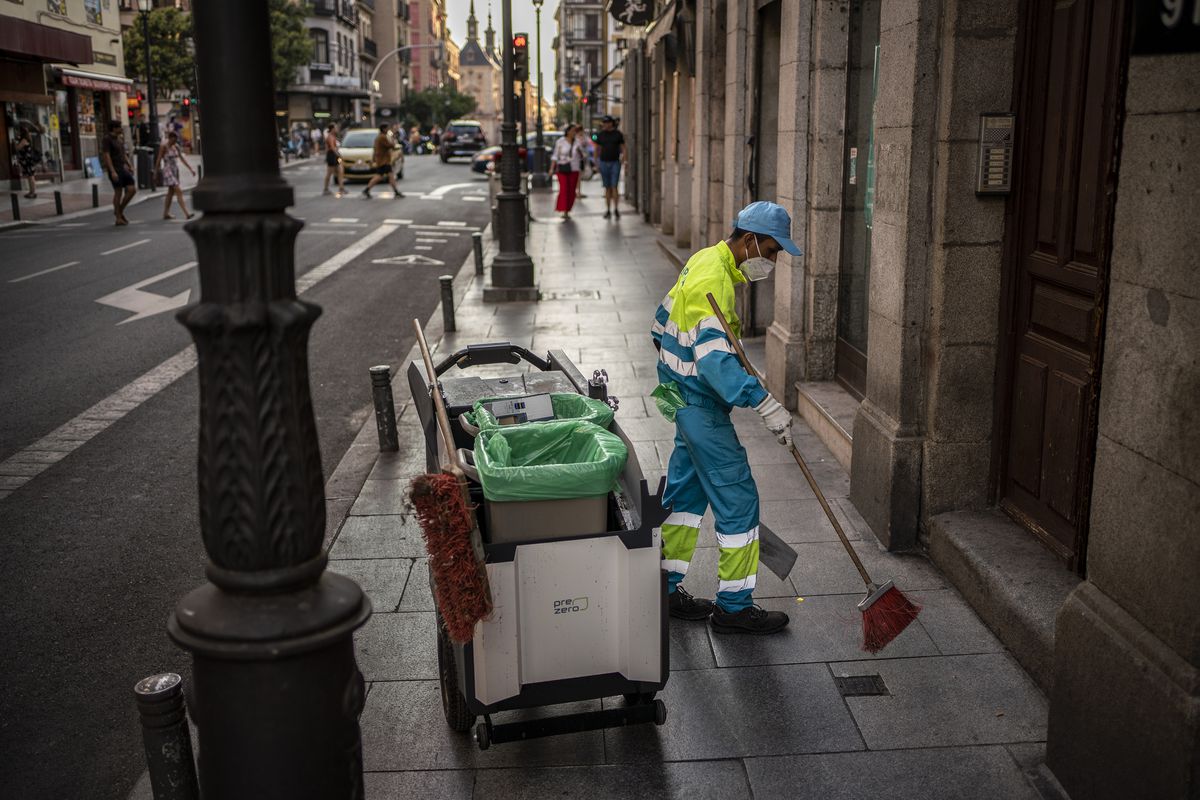 Excessive heat is dangerous for workers’ health, as workplace accidents have highlighted in recent weeks. In Madrid alone, three workers died from heat stroke while carrying out their duties: street sweeper José Antonio González, while wearing a polyester uniform and cleaning the streets of the capital at 42 °C; a worker in an industrial warehouse in Móstoles, where, according to his colleagues, it reached 46°; and a 56-year-old propaganda distributor who died while distributing leaflets in the town of Paracuellos de Jarama. “The most effective tool to avoid these deaths is prevention. It is necessary to include heat stress as an occupational risk factor,” assured UGT Madrid Secretary General Marina Prieto when presenting the report on Tuesday Climate change in the Autonomous Community of Madrid: new preventive needs.

With this technical study, carried out by environmental sustainability expert José Luis de la Cruz Leva, the union invites companies and administrations to create new protocols in the face of the risks posed by climate change. “As of today, there are no regulations. The only weapon employers have to do something with are health committees, but they don’t exist in small companies,” warns Susana Huertas, Secretary of Occupational Health UGT Madrid and coordinator of the report.

Among the union’s demands to improve working conditions are flexibility of work ―ie the ability not to do more strenuous tasks during the hottest hours―, appropriate uniforms with permeable and natural fabrics and protective solar creams if you work on the streets. Prieto has announced that he will meet with the Mayor of Madrid, José Luis Martínez-Almeida, on September 6th to discuss the findings of the report, while they are still waiting to make an appointment with the President of the Community, Isabel Díaz Ayuso, agree.

“We’re not just talking about rising temperatures. There are also the more frequent and violent danas and extreme phenomena like the storm Philomena‘ explains de la Cruz. In the report, the expert differentiates between the direct effects of climate change – excessive heat, the consequences of environmental pollution in respiratory diseases and the increase in UV radiation – and secondary effects resulting from the change in ecosystems. An example is allergies, which increase in employees who work outdoors in the summer, and some infectious diseases that are transmitted by mosquitoes or ticks.

The union stresses that the mental health implications should not be forgotten either. “Stress ultimately spoils the work environment and also has a negative impact on employee performance,” emphasizes De la Cruz. The report estimates that absenteeism from heat stress will increase to 12% by 2030.

So far this year, 50 workers have died in the Autonomous Community of Madrid, a number that indicates an increase in work-related accidents, from one fatality every five days in 2021 to one every four in 2022. “It’s unacceptable nor is it true that an increase in work activity is accompanied by an increase in accidents at work,” says Prieto, who emphasizes that women are the most vulnerable group, “because of the pressures they face from workload, stress, meeting deadlines and lack of flexibility.”