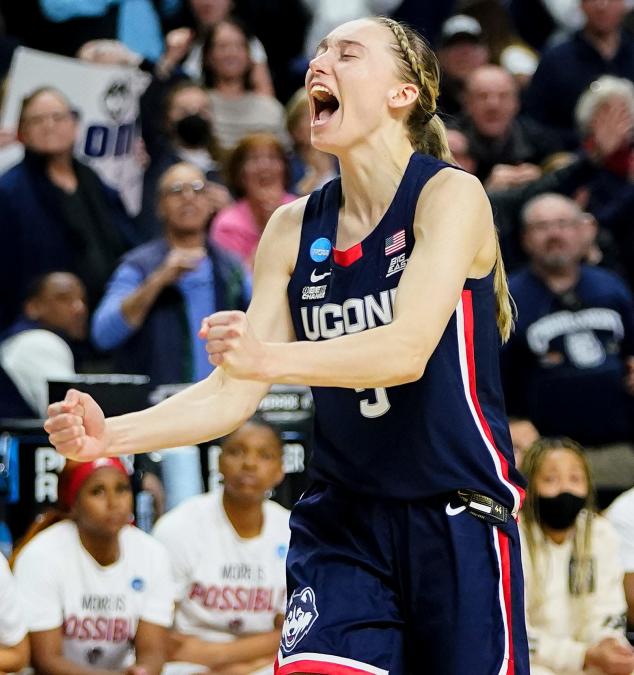 The streak lives on.

Cheered on by sophomore star Paige Bueckers, the UConn women’s basketball team secured another trip to the Final Four after a thrilling double-overtime victory over North Carolina State on Monday night, 91-87.

It will be the Huskies’ 14th consecutive appearance in the national semifinals, an astonishing streak of dominance that has also featured six titles.

UConn will face Stanford in Minneapolis on Friday.

But his path there was certainly not an easy one.

A layup by NC State’s Elissa Cunane tied the score at 61 before a frantic last minute sent the game into overtime. But then Bueckers took over. The sophomore proceeded to score 10 points in overtime, including six free throws, to give UConn a three-point cushion with six seconds remaining. It seemed almost finished.

Jakia Brown-Turner then hit a 3-pointer to send the game into second overtime and keep the Wolfpack’s dreams of reaching their first Final Four since 1998 alive.

Bueckers, who finished with 27 points, once again helped UConn build a cushion in the overtime double, but NC State once again fought back. Ultimately, it came down to an inning play with less than 10 seconds remaining, when UConn funneled the ball to Christyn Williams for a layup that extended the Huskies’ lead to four points, effectively putting the game on ice and keeping the game alive. UConn’s spectacular streak.