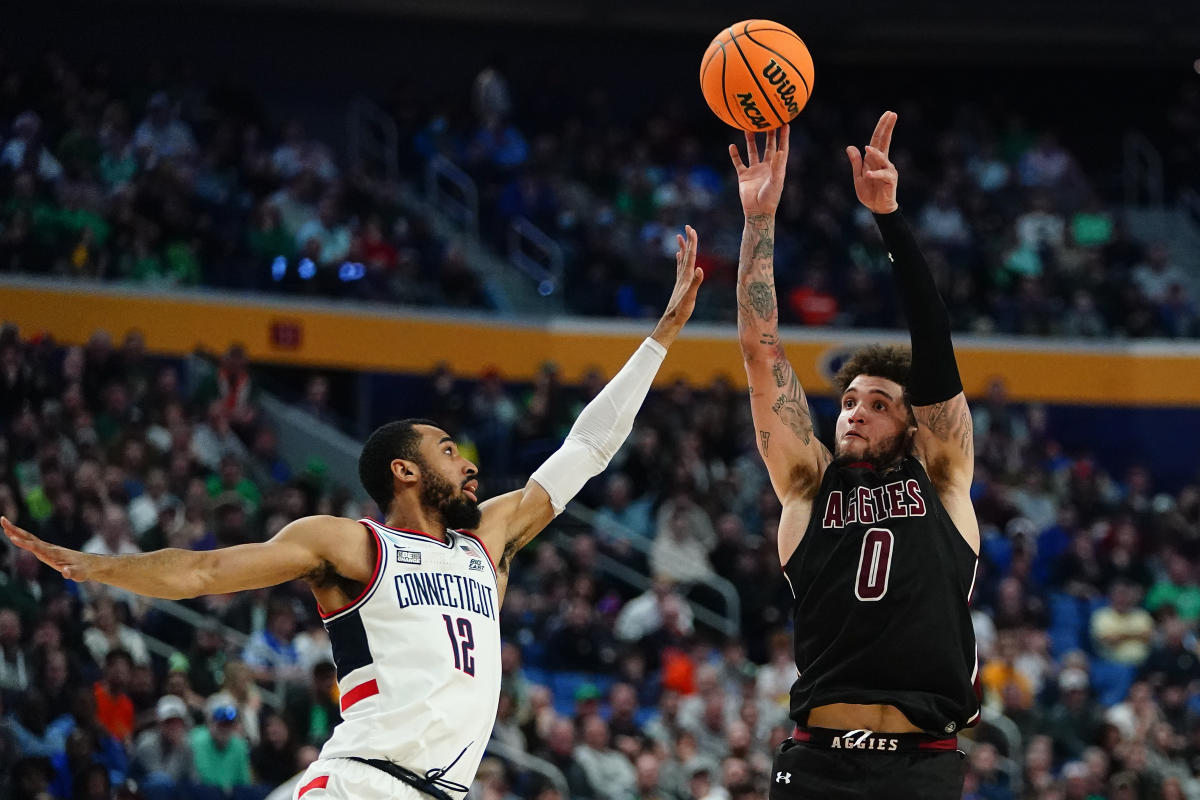 The Huskies, the No. 5 seed in the West, were defeated 70-63 by No. 12 seed New Mexico State on Thursday night in Buffalo. It marked the second consecutive season that UConn saw its season finale in the first round of the tournament.

Last year, in his first NCAA tournament appearance under Dan Hurley, UConn fell to Maryland 63-54 as the No. 7 seed.

UConn fell behind by 10 points at halftime and just didn’t have enough to complete the comeback against Allen and the Aggies, the Western Athletic Conference champions.

New Mexico State set the tone early on by controlling the glass and getting a scoring flurry from the well-traveled Allen, who played for West Virginia and Nebraska before landing at NMSU. Allen scored 15 points in the first half to help his team take a 32-22 halftime lead. From there, it was an uphill climb for UConn.

The Huskies would tie the score twice in the second half: first 52-52 with 5:08 left and then 58-58 with 2:06 left. But Allen made play after play down the stretch to complete the upset.

Allen scored the last 15 points for the state of New Mexico. Included in that stretch was the go-ahead 3-pointer at the 1:38 mark, 10 straight free throw attempts without missing and a layup and drive that put the Aggies up 66-60 with 28 seconds left.

In total, Allen had 37 points to give New Mexico State its first NCAA tournament win since 1993. Before Thursday night, the Aggies had lost 12 straight games in the big dance.

Now, the Aggies will face the winner of Thursday night’s matchup between No. 4 Arkansas and No. 13 Vermont. With a victory there, the state of New Mexico would advance to the Sweet 16 for the first time since 1992.

Meanwhile, UConn has lost its last three NCAA tournament games, dating back to 2016. Thursday night’s result is a brutal end to what was a really strong season for the Huskies, who are now in their second season in the Big East. With the loss, UConn ends 23-10.