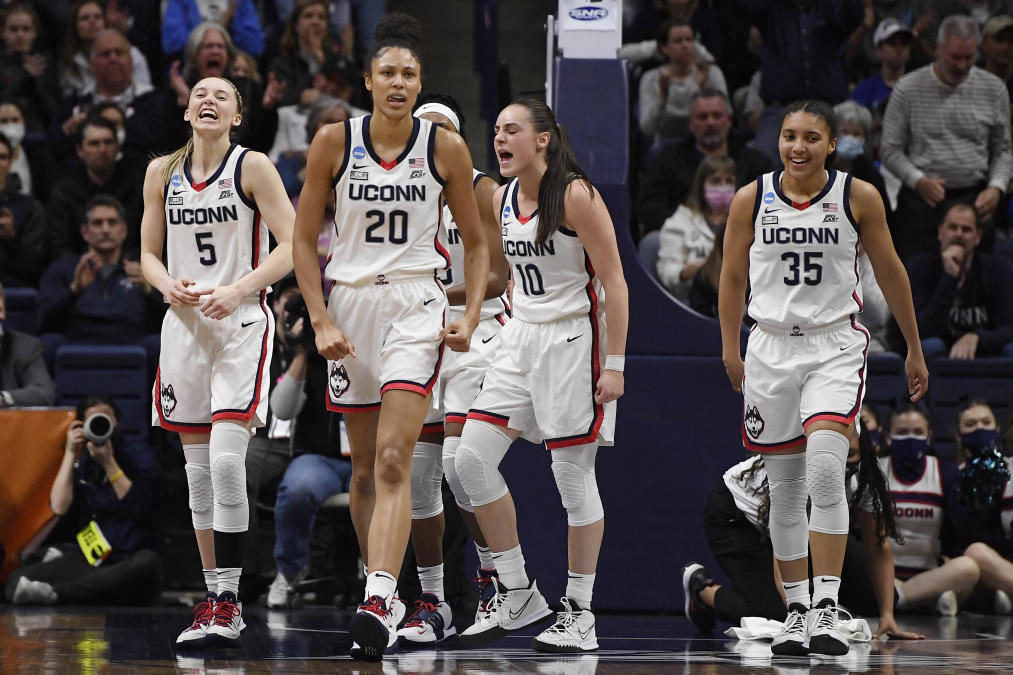 For a moment Monday, UConn appeared to have comfortably fended off a surprise offer from No. 7 seed UCF.

Instead, he ended up breaking a sweat before extending his record-breaking streak of Division I Sweet 16 deals to 28 consecutive seasons with a 52-47 win.

In a close game, the Huskies had 12 straight points to turn a 30-29 third-quarter deficit into a seemingly insurmountable 41-30 fourth-quarter lead. But the Knights were not finished. After scoring a total of 12 points in the second and third quarters, UCF posted its own 9-0 run late in the fourth quarter to cut UConn’s lead to 48-45 with 53 seconds remaining.

But a tough drive to the free throw line with 23 seconds left stopped UCF’s rally. UCF senior forward Brittney Smith missed her first free throw after being fouled by UConn’s Paige Bueckers on a layup attempt. The second of hers entered from her. But a problem with her movement sent players from both teams into lane before she fired.

UCF was whistled for a lane violation and the free throw did not count. UConn ball. The Huskies didn’t relinquish their lead from there, advancing to face No. 3 seed Indiana in the Sweet 16.

“I’m not sure how we won that game, but we did,” UConn coach Geno Auriemma said after the game.

Neither team shot well, as evidenced by the final score. UCF shot just 34.8% from the field but kept things close thanks in part to a 5-for-10 effort from beyond the 3-point arc. UConn was even worse from the ground with a 29.2% shooting effort. Like the Knights, the Huskies shot better from deep in a 6-for-18 (33.3%) effort from beyond the arc.

It is the line where UConn found its greatest advantage. The Huskies made 18 of 23 (78.3%) free throw attempts, while the Knights made only half (10 of 20) of theirs. And then there’s the brand that didn’t count.