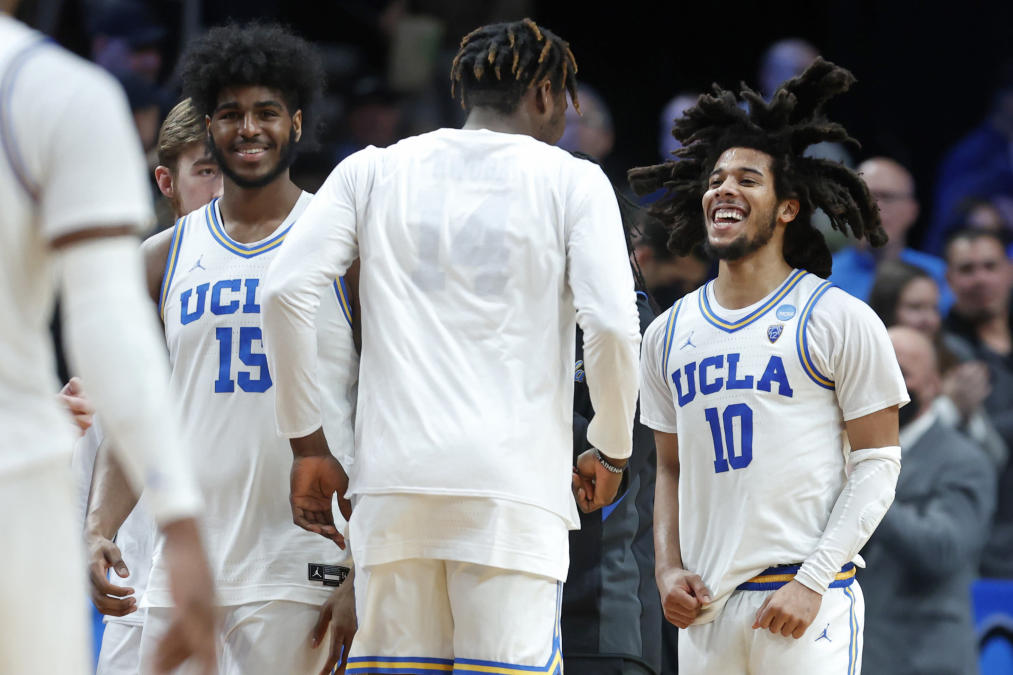 PORTLAND, Ore. (AP) — Tyger Campbell scored 16 points and fourth-seeded UCLA completed a more conventional path to the Sweet 16, beating fifth-seeded Saint Mary’s 72-56 on Saturday in the second round of the NCAA Tournament.

UCLA (27-7), which moved from the Top Four to the Final Four last season, will meet eighth-seeded North Carolina on Friday in the Eastern Region semifinals in Philadelphia. The Tar Heels are the more surprising half of that blue blood pairing after they defeated defending champion Baylor on Saturday.

The Bruins lost star Jaime Jaquez Jr. to a right ankle injury with 6:58 left in the game. He grimaced as his teammates helped him off the court, then returned to the bench with his ankle wrapped in ice. Jáquez finished with 15 points, all in the first half.

Logan Johnson scored 18 points for Saint Mary’s (26-8), the only team in the West Coast Conference to beat No. 1 seed overall Gonzaga this season.

The Bruins took a 36-29 halftime lead, but the Gaels pulled within 38-37 early in the second half on Alex Ducas’ 3-pointer. Jules Bernard hit a 3-pointer and a layup that pushed UCLA’s lead to 48-41.

Johnny Juzang made three straight jump shots that put the Bruins up 54-44 with 9:41 remaining and UCLA pulled away, leading as many as 18 points down the stretch. Juzang finished with 14 points.

The Gaels hit three three-pointers to take an early 16-9 lead. Shutting down Saint Mary’s with physical defense, the Bruins went on an 11-2 run to take a 24-22 lead.

Saint Mary’s was 0-for-12 from the field and had three turnovers during a seven-plus-minute stretch late in the half.

Saint Mary’s: The Gaels knocked out all three of their common opponents with UCLA this season: Oregon, Gonzaga and Bellarmine. The Bruins fell to Gonzaga and twice to the Ducks. The 18th-ranked Gaels earned their highest placing in 11 NCAA Tournament appearances but fell short of their first Sweet 16 appearance since 2010.

UCLA: The Bruins are 11-2 all-time against Saint Mary’s, but the teams hadn’t played since 1990. … UCLA is making its 51st appearance in the tournament. The Bruins have a record 11 national titles.