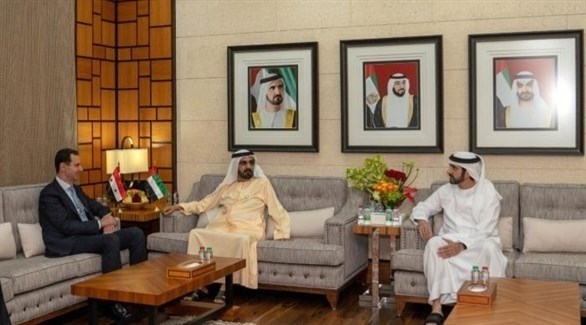 The reaction of some countries, including the United States of America, to the reception in the United Arab Emirates last Friday of Syrian President Bashar al-Assad, brings us back to the following question at the international level: Is it time for Syria to return to its place? natural? in the Arab system and the international community?

There are those who question, in their analyzes and in their political discourse, the UAE’s diplomatic move, and see that it is an early interest, although the current state of interruption, the only one affected is the Syrian people and no one. Like these, I think a lot was missed about what is happening in the Arab regional system as a whole, the most important of which is the political and security vacuum that all Arabs pay the price for in Iraq, Lebanon, Yemen and other Arab rights. , and the price is indirectly paid by global stability for the vacuum exploited by terrorist groups.

In a holistic view, the interest of the United Arab Emirates in any Arab country stems from a deep understanding and correct long-term view that the security and stability of the Arabs are interlinked. The foreign policy of the Emirates United Arabs, but the collapse of the regime, as some seek, leads only to chaos and more murder and destruction.

The maintenance of security and political stability in Arab and other human societies is well established in Emirati political thought and its philosophy of nation building and development, realizing that the leaders of countries are no strangers to demands of their peoples and what is happening. in the world of movements within them that can lead to catastrophic results, but Emirati diplomatic movements are one of the tools and keys to changing the way some deal with the crises they face and meet the legitimate needs of the people.

Syria’s return to the Arab rank after more than a decade of political fluidity is important in restoring the dysfunctional Arab system, although it is not everything, but it will be a positive factor in the return of the Arab rank, which faces real challenges since its geographical margin, and it is no secret that current and previous Emirati efforts were in order to unite the Arab ranks.
It is not possible for the United Arab Emirates to abandon its solidary postures in the service of Arab affairs since the beginning of its foundation in the seventies.

Furthermore, the UAE cannot go back on what it has confirmed with facts and figures that it supports peoples in life with human dignity, but without chaos and threatening stability, as it is the one that stalks the Arab world.