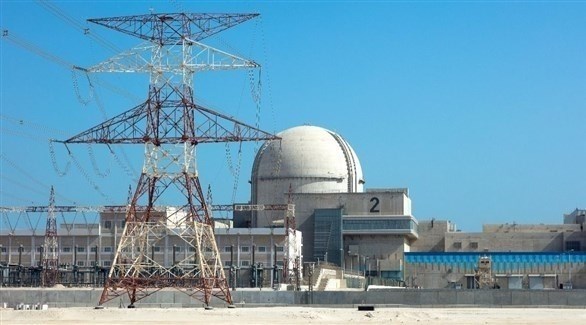 The Emirates Nuclear Power Corporation announced Thursday the start of commercial operation of the second Barakah nuclear power plant and the addition of 1,400 megawatts of carbon-free electricity to the UAE power grid, boosting production total of the first and second. plants in Barakah to 2,800 megawatts, helping to improve energy security and support the country’s efforts to achieve sustainability goals.

With this new achievement, Emirates Nuclear Energy Corporation and its subsidiaries, according to the official website of the Abu Dhabi Government Media Office, have come halfway to meeting their commitments to provide up to a quarter of the needs of UAE electricity and support the economy. grow reliably through the production of environmentally friendly electricity 24 hours a day, seven days a week, and contribute significantly to the achievement of the goals of the State Strategic Initiative for Climate Neutrality 2050.

With the commercial operation of the second plant, the Barakah plants have become the first multi-station peaceful nuclear power project in the Arab world, and are leading the greatest efforts among all sectors in the region to reduce the footprint of carbon, providing thousands of megawatts. of carbon-free electricity every day.

Reducing your carbon footprint
On this occasion, Mohammed Al Hammadi, Director General and CEO of Emirates Nuclear Energy Corporation, said: “The Barakah plants are one of the most important pillars of sustainable development in the UAE. The commercial commissioning of the second plant will double the production of carbon-free Barakah power plants, and also accelerate the process of reducing carbon emissions “The carbon footprint of the energy sector in the country to achieve climate neutrality by 2050.”

He added: “The commercial operation of the second station in Barakah comes less than a year after the commercial operation of the first station, confirming the UAE’s distinctive capabilities in managing major projects and developing a institutional knowledge, in order to improve the completion process according to the highest standards and provides a model to follow. It can be used by other countries that wish to diversify their energy resource portfolio using reliable and sustainable technology.”

Diversity of energy sources
The Emirates Nuclear Power Corporation is increasingly supporting the country’s strategy to diversify its energy portfolio by moving towards environmentally friendly sources, and is also helping to lead efforts to achieve the goals of the country’s strategic initiative to climate neutrality by 2050, by reducing millions of tons of carbon emissions and helping to tackle the phenomenon of climate neutrality Climate change and solutions to this phenomenon.

When fully operational, the four Barakah plants will provide up to 25% of the UAE’s electricity needs and reduce 22.4 million tonnes of carbon emissions per year, equivalent to the emissions of 4.8 million of cars per year.

energy security
The Barakah plants also contribute to ensuring energy security in the United Arab Emirates by producing environmentally friendly electricity, as well as promoting economic stability and social prosperity, as the plants will produce 85% of the free electricity. in the Emirate of Abu Dhabi by 2025, making is the largest contributor to reducing carbon emissions Carbon emissions in Abu Dhabi by 50% by mid-decade.

The second station in Barakah joins the first station in producing green electricity for the state for the next six decades, at a time when completion of the third and fourth stations has reached its final stages, as operational preparations for the third station. are underway, while the total percentage of progress in the four stations has exceeded 96%. The works have progressed steadily since the start of construction operations in 2012.

The largest station in the world.
The Barakah Nuclear Power Plant in the Al Dhafra region of the Emirate of Abu Dhabi is one of the largest nuclear power plants in the world and includes four advanced APR-1400 reactors. As part of its vision of green energy through a peaceful nuclear energy programme, the Emirates Nuclear Power Corporation provides young Emiratis with opportunities to gain skills, knowledge and experience that will enable them to become the future leaders of the growing peaceful nuclear energy sector. in the United Arab Emirates.