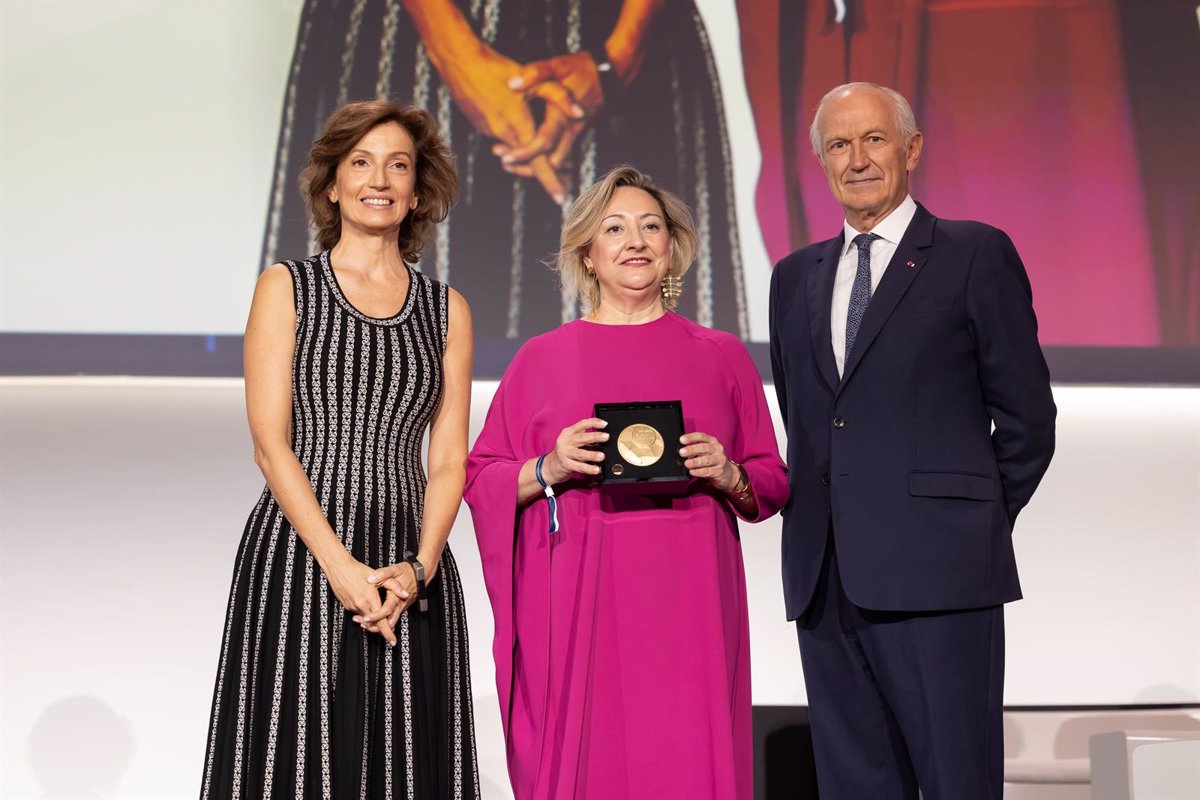 Spanish scientists Ángela Nieto and Cristina Romera Castillo received their 2022 L’Oréal-UNESCO For Women In Science awards in Paris (France) at the UNESCO headquarters, in an act in which they honored 45 women scientists among more than 45 scientists Tribute was paid to more than 35 countries that have been awarded with these awards in the last three editions, which aim to make visible female talent in the scientific field.

In the case of CSIC biologist Ángela Nieto from the Alicante Institute of Neurosciences, she was recognized for her research on the embryonic processes involved in the development of various diseases, including cancer. The jury highlighted that Nieto received the award for his “fundamental discoveries about how cells change identity during embryonic development and spread to other tissues.”

In addition to Nieto, who received the award for the best researcher in Europe, four other scientists of international renown were awarded: the biochemist Katalin Karikó for North America; the infectious diseases expert María Guadalupe Guzmán Tirado for Latin America; neuroscientist Hailan Hu for Asia and the Pacific; and public health expert Agnès Binagwaho for Africa and the Arab States. The prizes are endowed with 100,000 euros for each winner.

“Science gives us the freedom to explore with rigor and generosity, to meet extraordinary people, and to feel part of an international community committed to making the world a better place,” commented Nieto after receiving the award. Nieto is the second Spaniard to receive this prestigious international award, after biochemist Margarita Salas, who received it in 2000.

In the International Emerging Talent category, CSIC researcher Cristina Romera from the Institute of Marine Sciences was recognized for her research on understanding the impact of plastic on the marine carbon cycle and identifying an alternative for biodegradation. “This recognition will give me the platform I need to motivate and inspire more girls and women who want to do science,” said Romera.

Each year, the L’Oréal-Unesco Women and Science Awards recognize the work of five women scientists for their exceptional careers and for their research in the life and environmental sciences. According to UNESCO, only 33% of researchers worldwide are women.

“At L’Oréal we firmly believe in a world of equal opportunity for all, but there is no doubt that we still have a long way to go to achieve this. That’s why it’s so important to support initiatives like ‘For Women in Science’, which every year recognizes exceptional women in a field as relevant to our future as science,” said Juan Alonso de Lomas, CEO of L’Oréal Spain and Portugal.

“We at L’Oréal are proud to be part of this program and especially working hand-in-hand with a partner like UNESCO,” he concluded.

Since its inception in 1998, the L’Oréal-UNESCO For Women in Science program has recognized and supported 3,900 women scientists. In addition, around 50 high-level scientific institutions around the world are involved in this initiative. In Spain, the program has been awarding five prizes of EUR 15,000 each since 2006 to support research projects by Spanish scientists. In its 22-year history in Spain, it has supported a total of 72 Spanish scientists with grants worth more than 1.1 million euros.

The 2022 L’Oréal-UNESCO For Women In Science Awards continues to fight to ensure women leaders in science receive the recognition they deserve, a celebration that represents an opportunity, not just the work accomplished throughout their careers but also the many obstacles that will be overcome along the way.