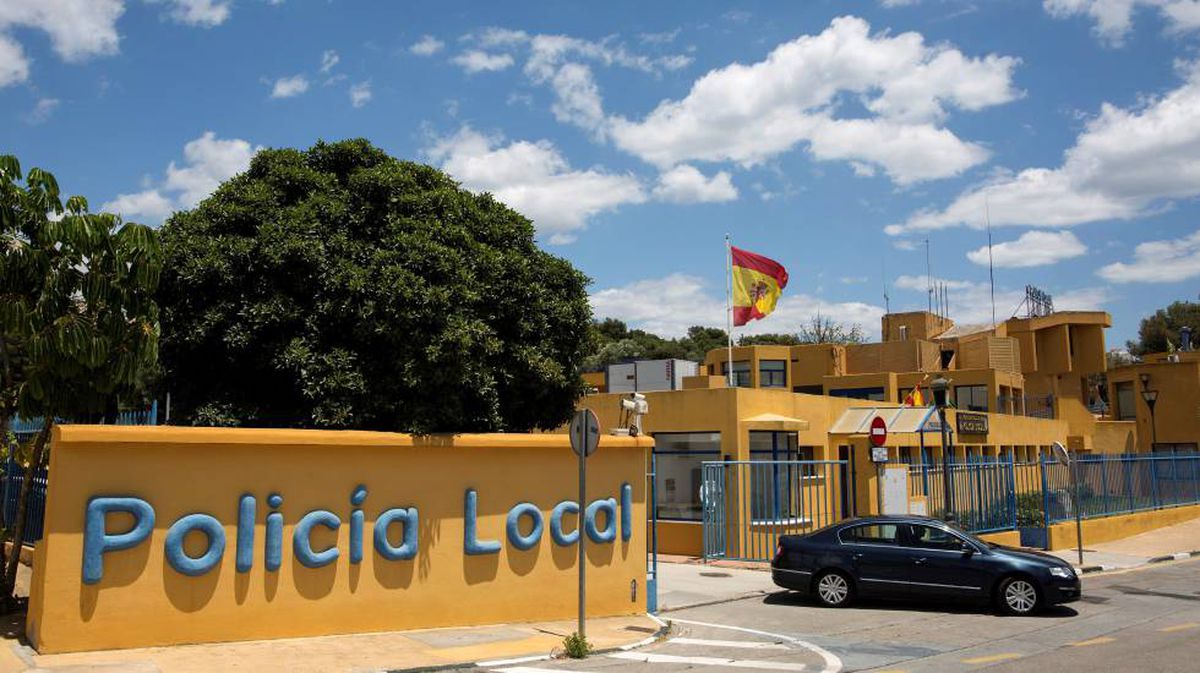 The Provincial Court of Malaga has suspended the two-year prison sentence for two Estepona police officers convicted of crimes against sexual freedom. He did so on the condition that they stay out of crime for three years and take a sex education course. That court found it established that Juan Carlos G. and Vicente Julián P., both dressed in service uniform, had sexually abused an 18-year-old girl whose vehicle they had stopped minutes earlier. One of them inserted several fingers into her vagina and the other penetrated her, although the victim showed signs of drinking and, according to the verdict, never intended to have sexual relations with them. This came about after an agreement before the trial between the public prosecutor – who had originally asked for 30 years in prison – and the private prosecutor – who wanted 33 years in prison – and the defense. All parties stated that they would not oppose the suspension of the sentence as the eighth section of the hearing in Malaga has finally ruled. The victim required pharmacological and psychotherapeutic medical treatment after post-traumatic stress disorder.

The two police officers were arrested in the summer of 2018 and temporarily taken to Alhaurín de la Torre prison, from which they were released on bail. Estepona City Council then suspended her employment and salary, a decision that stands to this day. Last spring, Malaga prosecutors wanted 30 years in prison for each agent for a crime of sexual assault, while private prosecutors wanted three others – 33 in total – because they believed they had coerced the young woman to use cocaine against them will consume. . The trial never took place because in the April 22 preview, the private prosecution, the defense and the prosecution submitted a joint brief after a settlement. The judge then issued a consent verdict in which the defendants accepted, in addition to pay, two years in prison and a two-year suspension from public service, as well as supervised release for five years and a ban on coming within 500 meters of the victim, 80,000 Euro compensation, a debt they have already paid.

Neither the public prosecutor’s office nor the private prosecutor – that is, the victim – opposed the granting of the benefits of the suspended sentence at the time, as finally happened. In carrying out the sentence, delivered on May 10, the members of the eighth section of the Provincial Court of Malaga agree “to grant the parole on condition that no crime is committed within three years since two years have undergone a sex education program.”

For María Ángeles Jaime de Pablo, a member of the Themis women lawyers’ association, “the decision must be respected”, but she believes that the initial sentence they were sentenced to, two years, was the minimum possible and that there could have been aggravating circumstances such as abuse of superiority, intimidation by the environment or anticipation of public office, punishable by imprisonment between four and ten years. And indeed it underscores that in the so-called yes-is-yes law – now in the Senate – the proven penetration could have been declared a violation. He also fails to understand that the sentence only disqualifies the police for two years, because unless they are expelled from the municipal authority – according to municipal sources, Estepona has only suspended their employment and salary – they could train again. One of them, who was seconded, is already working for another municipality.

The execution involves the individual vote of the President of the Eighth Section, Pedro Molero, who explains his opinion on the decision taken, which he respects but does not share. Molero emphasizes that the assessed facts “reveal a pronounced criminal dangerousness of their authors” and that “there are no data that allow a less probable prognosis that one of the convicts will commit similar acts in the future”. In other words, he believes there is a risk that they will re-offend. “It cannot be ruled out that the convicts agree with a prognosis of the criminal risk in relation to crimes against sexual freedom, for which it was appropriate to deny the suspension of the sentence imposed,” he states emphatically.

Molero also believes that while all parties, including the victim, agree, what happened is not in the private sphere and is of “clear public interest” where “very important assets” are being compromised. And it stands there “generally for the prevention of the commission of crimes like the one that was convicted and the special defense and protection of women and their decision-making ability”. “I agree: it’s true that the first victim is the one who suffers the abuse, but in a way these crimes affect society as a whole,” says Jaime de Pablo, who believes the account of events that the verdict reaches , and “disgusting” that the perpetrators are two agents “who are supposed to prevent the commission of such crimes”.

How do you say no to a cop?

Last April’s verdict established the facts for which both police officers were convicted, which took place in the early hours of June 10, 2018. That night the victim had traveled to Estepona in his Peugeot 208 with a boyfriend and girlfriend to celebrate her graduation from high school in Madrid, where she lives. They stayed at their parents’ apartment in the city of Malaga and went to party on the night of June 9th. Around half past twelve in the morning they drank four glasses of rum with Coca Cola in front of the Mosaic nightclub. When they left the premises at around six in the morning, they were shocked. Especially she, who, according to the sentence, “was particularly drunk, staggered and had difficulty speaking fluently”.

On the way home, the friends in the vehicle encountered a local police checkpoint on Puerta del Mar. They saw it from afar and decided to park the vehicle to avoid a fine for drinking. Before the maneuver is over, a police car stops them and tells the three young people to get out of the vehicle. The two local police officers, uniformed and in full working day, told them they could not take the car and immediately afterwards asked the girl for her cell phone to meet her at the end of their working day, “at some point tell them that he has two options, go with them or let them go to his house.” She didn’t give it to him because she didn’t have a battery and she didn’t want to meet her. However, his friend gave him his so they could send him the location so he could collect the car the next day. One of the police officers called a taxi to pick up the youths, and later he and his partner drove to the home of the victim’s parents. “We’re here,” they wrote on Whatsapp on their friend’s cell phone.

The boys waited for the police at the entrance to the building. She didn’t want to, but her boyfriend asked her to stay because he feared a police fine. “These are cops and if we don’t do what they want, our hair will fall out,” he told her, according to the criminal complaint. The document reveals that the girl was confused because she didn’t know how to say no to a police officer. When officers arrived in uniform, they wanted to take the girl home, but her friend refused.

“Okay, well, all up,” said one of the agents, who was proven, according to the court document, to be traveling “with the idea already hatched of having sexual relations with her and with a lustful mind.” Once inside, one of them started putting strips of cocaine on the kitchen counter.

While the victim’s girlfriend went to her room to change and leave the house, the agents “with the aim of satisfying her sexual cravings” managed to get the girl to undress and lie down on the counter . Then one of them began “to take advantage of the prevailing situation that his age difference and his status as a police officer gave him, without express consent, to touch her breasts and then insert several fingers into the young woman’s vagina. Squeeze the tampax inside”, so the sentence. The other girl then ran out of the house and asked a paramedic for help, who called the National Police.While the first policeman also left inside the house, the other entered her vaginally “without a condom and without consent” and endured The penetration was passive. The girl took this position and, according to the verdict, did not resist because she assumed “that there would be another episode of sexual abuse and although she did not want to have intimate relationships”, always “under the situation of superiority”. .Police”. The girl later reported what happened and required pharmacological and psychotherapeutic medical treatment as she presented with post-traumatic stress disorder.