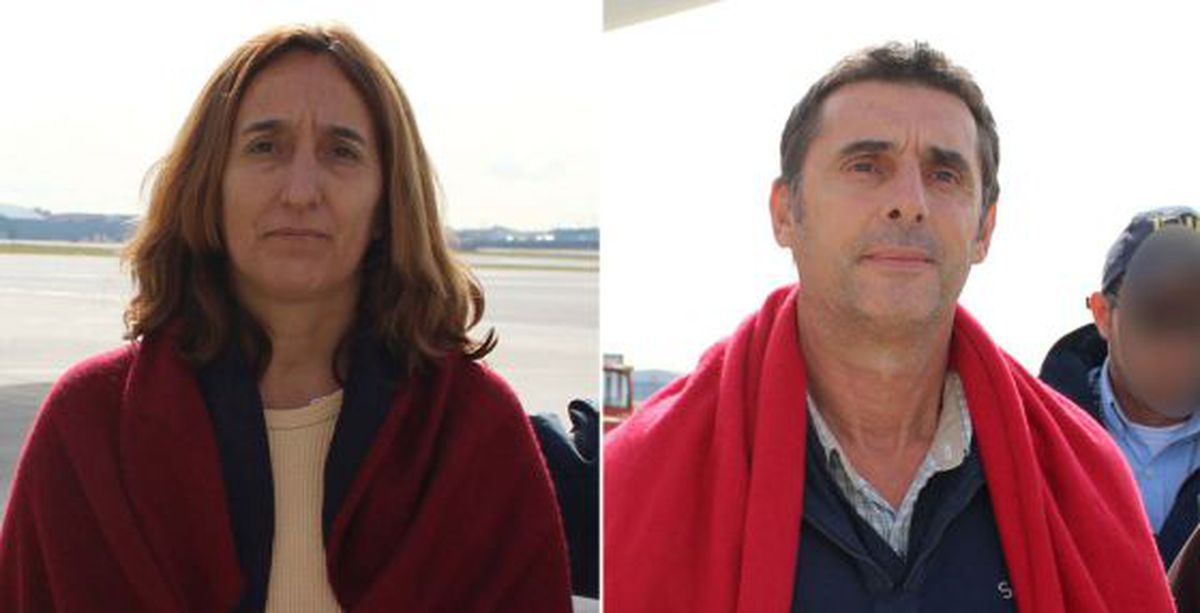 The Interior Ministry informed this Tuesday of the next transfer of 12 prisoners from the extinct ETA to prisons in the Basque Country. The announcement comes 12 days after the transfer of another nine inmates linked to the terrorist organization. If they all appear in the following weeks, there will be 119 ETA members already serving their sentences in prisons in Euskadi, managed by the Basque government since October 1st last year. To them must be added another 10 who are already doing so in Pamplona prison, according to figures from EL PAÍS and collated with various prison sources.

This figure means that four years after Pedro Sánchez announced in the summer of 2018 the end of the policy of dispersion instituted by Felipe González’s government in 1989, 73% of ETA members detained in Spain are being held in prisons in the Basque Country or Navarre. Only 48 (23%) remain in prisons dependent on the Interior. To all of them we must add the 18 held in prisons in France. 13 of them occupy a cell in Lannemezan prison, which is closest to Spain. This number would be even higher if these prisons had a women’s module. His absence keeps the four ETA members detained there away.

Itziar Alberdi Uranga and Juan Jesús Narváez Goñi, a couple arrested in February 2014 in Puerto Vallarta (Mexico) and previously held in Logroño prison, are among the ETA detainees whose transfer was announced this Tuesday. The Supreme Court in May 2017 upheld sentences of 296 years each for the murder of two police officers with a parcel bomb on June 11, 1991 in Madrid. The statutory maximum length of imprisonment is 30 years. Three other inmates who are now being transferred were also in Rioja prison: Mikel Ayensa, Iurgi Garitagoitia and Alicia Sáenz de la Cuesta. The other prisoners who are now being transferred to Basque prisons are Manex Zubiaga, Aitor García (both previously in Burgos prison), Zigor Bravo (in Soria prison), Diego Ugarte López de Arkaute (in León prison), Ángel María Tellería and Íñigo Vallejo (the latter two imprisoned in El Dueso in Cantabria).

Both these movements and those announced at the end of July confirm the good harmony between the Ministry of the Interior and the Basque government department, which was confirmed to this newspaper by sources from both departments. When Iñigo Urkullu’s executive took over the management of the three Basque prisons on October 1, of the 192 prisoners held by the terrorist organization in Spain, they contained only 40 men and four women from ETA. In 10 months, those numbers have practically reversed.

Interior Minister Fernando Grande-Marlaska has insisted since the beginning of the rapprochement that these are protected by law and that his aim is nothing other than to facilitate reintegration. Before each transfer, Marlaska personally informs the associations of the victims of terrorism. The PP has criticized the measure from the start, although the Rajoy government has made it easier for 28 prisoners to be given lighter detention regimes, including 11 semi-liberties. With José María Aznar as President and after announcing contacts with ETA in late 1998, the PP reached out to 135 ETA prisoners.

The PNV also initially criticized the prison policy, but in their case because of the slow transfer of prisoners. That criticism has evaporated in recent months, especially since last July, the Ministry of the Interior symbolically put an end to the policy of dispersing ETA prisoners who remained in prisons in Andalusia by announcing the transfer of the last four inmates of the terrorist organization. Since then, there have been no ETA inmates in the prisons south of Madrid.

The current number of 177 ETA prisoners in Spanish prisons is the lowest in four decades and a far cry from the 559 (plus another 114 in prisons abroad) when the organization announced “a definitive end to the violence” in October 2011; or the 243 (plus 53 in France and one in Portugal) who remained incarcerated in April 2018 when the gang announced its dissolution. Moreover, that number will fall by fifty over the next two years, according to estimates by the Association of Victims of Terrorism (AVT) and Sare, the civic platform in support of prisoners that has called for demonstrations in the Basque Country in recent years to claim yours Approach. After that date, both associations predict a slowdown in releases as a large proportion of ETA members who remain in prison were tried following the 2003 Penal Code reform, which reduced the effective serving of sentences from 30 to 40 years increased.