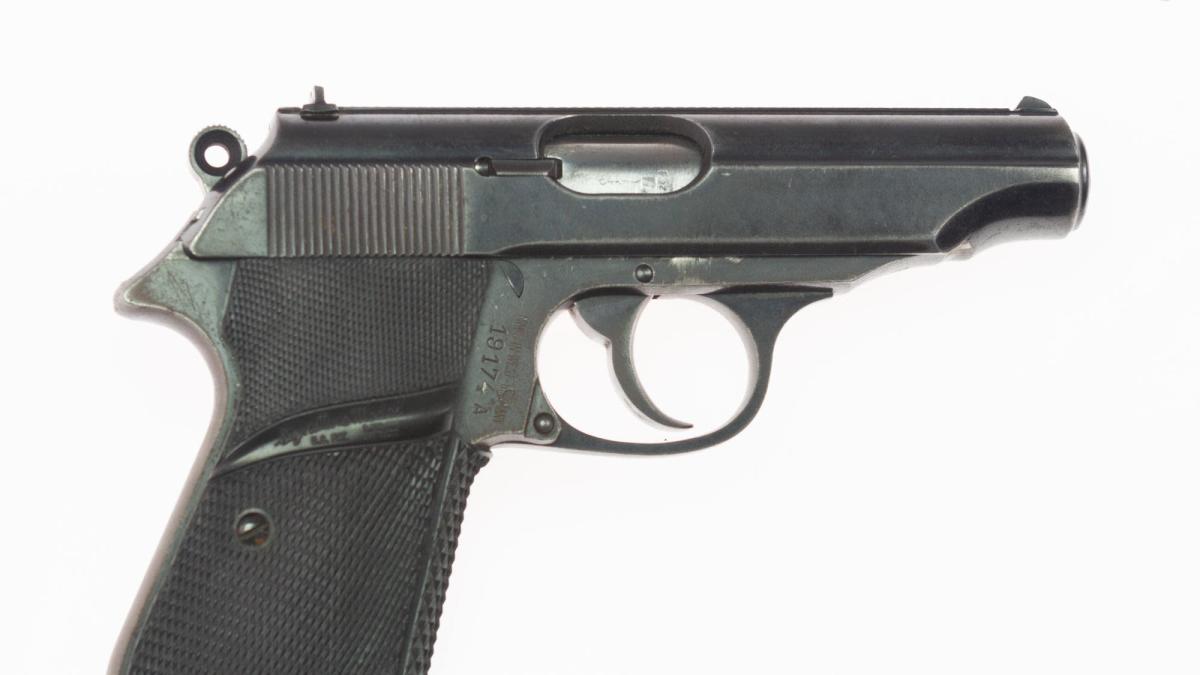 Two gangsters who planned a revenge shootout with a James Bond-style gun face years behind bars in a major EncroChat conviction.

Within weeks, he helped organize a new Walther PPK pistol for career criminal Frankie Sinclair to assassinate Keiron Hassan and others in a rival gang.

In messages on EncroChat, Sinclair referred to the gun, made famous by Sean Connery in the 007 film Dr. No, as a “James Bond little thing.”

Following a trial at the Old Bailey, Fontaine, 36, from Hackney, north London, and Sinclair, 34, from Cardiff, south Wales, were found guilty of conspiring to murder Hassan and a host of other offences. .

They are the first to be found guilty of a murder conspiracy related to EncroChat.

Scotland Yard’s Chief Detective Inspector Driss Hayoukane said: “Two dangerous men have been convicted in this case and this is testament to the hard work of officers in England and Wales.

“Without us working collaboratively, this would never have been successful.

“Paul Fontaine and Frankie Sinclair clearly believed that the use of encrypted devices made them untouchable and they sought to commit the most violent crimes.

“Yet the Metropolitan Police are relentless in their efforts to target and dismantle organized criminal networks that seek to ruin our communities.

“It is ironic that the steps taken by both Mr. Sinclair and Mr. Fontaine to conceal their conspiracies sealed their fate, presenting us with the same evidence to convict them.”

Previously, the court had heard that Sinclair already had 43 convictions in 95 matters, which was described as a “career in crime.”

Prosecutor Kevin Dent QC told the jury that the defendants were “not beating around the bush” in the encrypted EncroChat messages.

But law enforcement agencies were later able to get the EncroChat data at a time when users thought no one would be able to figure out what they were saying.

Dent said the murder conspiracy was in retaliation for an attack on Sinclair’s mother’s Cardiff home on March 31, 2020.

He told jurors, “Frankie Sinclair wanted Mr. Fontaine’s help and provided him with a firearm and ammunition so that Mr. Sinclair could carry out a retaliation murder for the shooting that had occurred at his father’s home. mother”.

At the time, Fontaine had “low stock of firearms” and turned to a third party, known as Chestbridge, the jury was told.

“During the course of his messages, Mr. Fontaine indicated that he was running low on his own supply of firearms…because some of his stock had been used in a murder that had taken place a couple of weeks earlier,” Dent said.

The Walther PPK pistol and ammunition were alleged to have been supplied to Sinclair for the planned revenge attack.

Another chat referred to “straps” and “candy” which is said to be slang for guns and bullets and “duppy” slang for ghost.

There was just one problem: The bullets didn’t fit the gun, the court heard.

On the night of April 1, 2020, Sinclair sent a “wrong size” message and picture of the Walther PPK.

Jurors heard that Sinclair took matters into his own hands and decided to collect the bullets himself in London.

On April 15, 2020, Hassan was arrested for attempted murder of Sinclair associates and taken into custody, jurors heard.

While the defendants teamed up over the Cardiff attack, messages on EncroChat also revealed that they were separately involved in other criminal activity, it is alleged.

Sinclair admitted to being involved in the supply of cocaine and heroin, while Fontaine denied all charges against him, including conspiring to supply heroin and possessing counterfeit currency.

Sinclair was also accused of accumulating “significant amounts of cash” from his drug business.

Fontaine went under the codename “Usualwolf” and Sinclair had the username “Nudetrain,” jurors heard.

Dent said the EncroChat phones had a higher level of security, with the expectation that it would be “difficult or impossible” for any outsider to access them.

The devices could only communicate with each other, “so it’s not the kind of phone device you could order pizza with,” the attorney said.

They were equipped with a feature that allowed messages to be automatically deleted, with a “recording time” of just one minute.

They also had a “panic wipe” to wipe all data from the device.

Dent told the jury: “Because these devices come with the expectation of a high level of security, we say that when you look at the messages you can see that Paul Fontaine and Frankie Sinclair and others were communicating quite openly about the crime in which They were involved”. .

“We suggest that they were quite direct and explicit.

“There was no beating around the bush, which makes sense when there was this expectation of privacy.”

Dent added: “Now, it doesn’t sound like that was a good idea.”

During the trial, Fontaine refused to testify, but it was stated on his behalf that he was not the user of the “Usualwolf” identifier.

In his defense, Sinclair claimed that he only wanted a fake gun and ammunition.

It can now be reported that the intended victim, Mr. Hassan and another man were jailed for 24 years in December 2020 for attempted murder.

And in August last year, Khallid Hogan, 21, from Enfield, was found guilty of murdering Mohamoud following a trial at the Old Bailey and subsequently jailed for at least 27 years.

Fontaine and Sinclair were found guilty Monday after a jury deliberated for more than 14 hours.

They were placed in preventive detention to be sentenced on May 27.

Judge John Hillen QC warned that some of the crimes they were convicted of could carry life in prison.