Two dogs from Pyongyang are causing a crisis in South Korea. They are smart and fierce 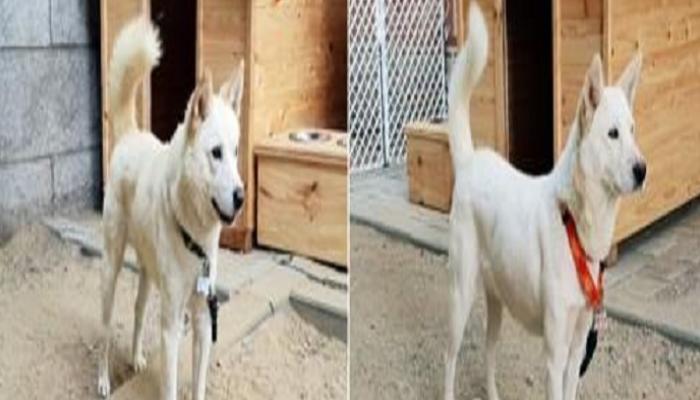 A case of popular curiosity in South Korea has hit hard over the fate of two dogs that the North Korean leader gave to Seoul four years ago.

South Korean curiosity is tied to the fate of the two dogs that President Moon Jae-in received from North Korean leader Kim Jong-un in 2018.

The law in South Korea prohibits the two dogs from staying with the president after his term ends on May 9.

According to the South Korean news agency (Yonhap), Kim sent a pair of “Fongsan” dogs, one male named Song Kang, and the other female named Gomi, to Moon after their third summit in Pyongyang in September 2018. .

Officials at the Blue House, the seat of the South Korean presidency, revealed that the two dogs would not be allowed to move to Moon’s private residence after the end of his term.

South Korean officials attributed this difficulty to the fact that Moon welcomed the two dogs as head of state, not as an individual.

Moon plans to spend his retirement in Yangsan, South Gyeongsang province, 420 kilometers southeast of Seoul, after leaving the Blue House.

North Korean dogs can be given to public institutions or given to the next president.

It is still unknown if Yoon, who currently has four dogs and three cats, will be able to raise two more dogs.

In turn, Yoon said at a tea party with reporters today, “The two dogs must stay with their owner who raised them. But if they are handed over to me, I will take care of them.”

Moon has a Fongsan dog named Maru and has adopted a dog and a cat.

They are all expected to move into their personal residence in Yongsan after their retirement.

And the “Fongsan” dynasty is associated with a mountainous region in the north. She is known for her flexibility, intelligence, and fierceness against dangerous animals, but she is friendly and loyal to whoever raised her.

Gomi gave birth to 7 Maru puppies in July last year and they have all been adopted by local governments across the country.

In 2000, the North gifted two dogs of the same breed to then-President Kim Dae-jung, and they died of natural causes in April and October 2013, respectively, after they were put on display in Seoul Grand Park.