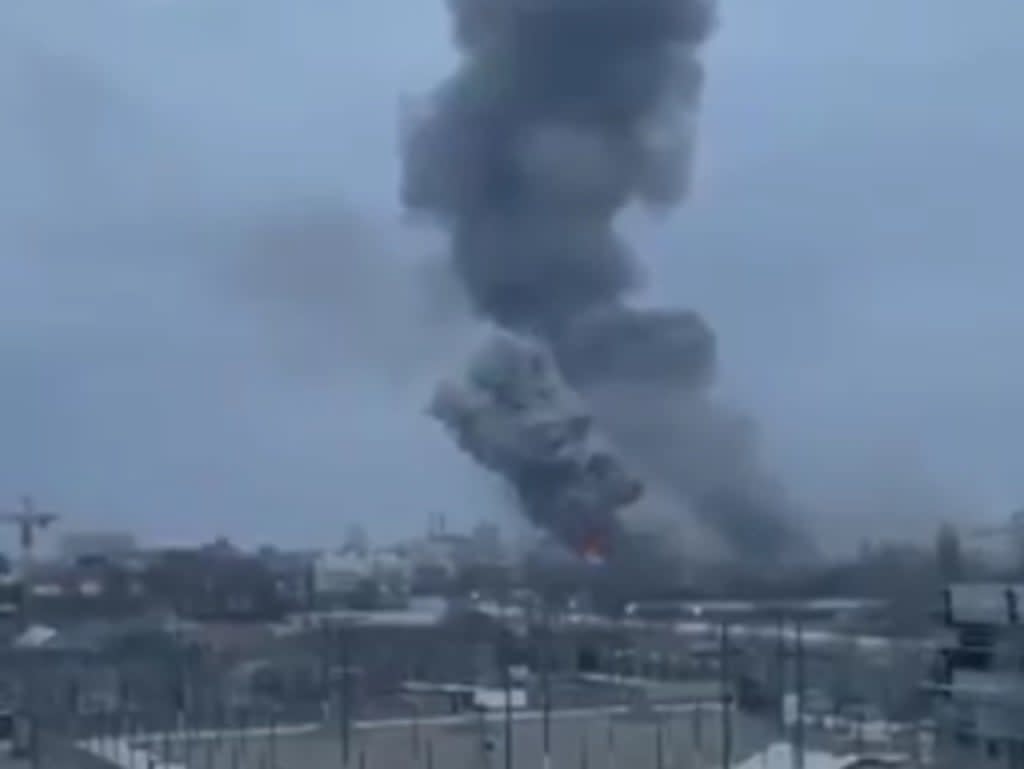 At least two people were killed and seven wounded on Monday after Russian forces bombed the Antonov aircraft plant in kyiv on Monday, the city administration said. Another person was killed after a residential building was shot at.

Tweeting about the attack, the Ukrainian parliament said some 70 people had been evacuated.

The kyiv city government says a huge fire broke out after the attack on the factory, while one person was killed and three were injured when the residential building was hit.

Videos circulating on social media show the plant on fire apparently from the Russian attack and thick smoke rising into the sky.

The Antonov Aircraft Plant, located at the Sviatoshyn airfield in kyiv, between the Nyvky, Svyatoshyn and Bilychi districts, is the largest in Ukraine and is best known for producing many of the world’s largest cargo planes.

In an escalation of the offensive, Russian artillery also hit a nine-story apartment building in a northern district of the city on Monday morning, destroying apartments on several floors and starting a fire. However, there are no immediate reports of casualties, the emergency agency said.

A councilor from the city of Brovary, east of kyiv, was also killed in the fighting and shells fell on the cities of Irpen, Bucha and Hostomel, the region’s administration chief Oleksiy Kuleba said on Ukrainian television.

However, the troops have not made any significant progress in the last 24 hours, according to the general staff of the Ukrainian armed forces.

Meanwhile, Ukraine would evacuate civilians from the country through ten “humanitarian corridors,” including from cities near kyiv and in the eastern Luhansk region, Deputy Prime Minister Iryna Verschuk announced Monday.

“We will try, once again, to unblock the movement of the humanitarian convoy bringing food and medicine to (the port city of Mariupol) from Berdyansk (in southeastern Ukraine),” he said.

Diplomatic talks between the two countries are likely to enter the fourth round on Monday, with officials discussing how to get aid to cities and towns under fire, Ukrainian presidential adviser Mykhailo Podolyak said.