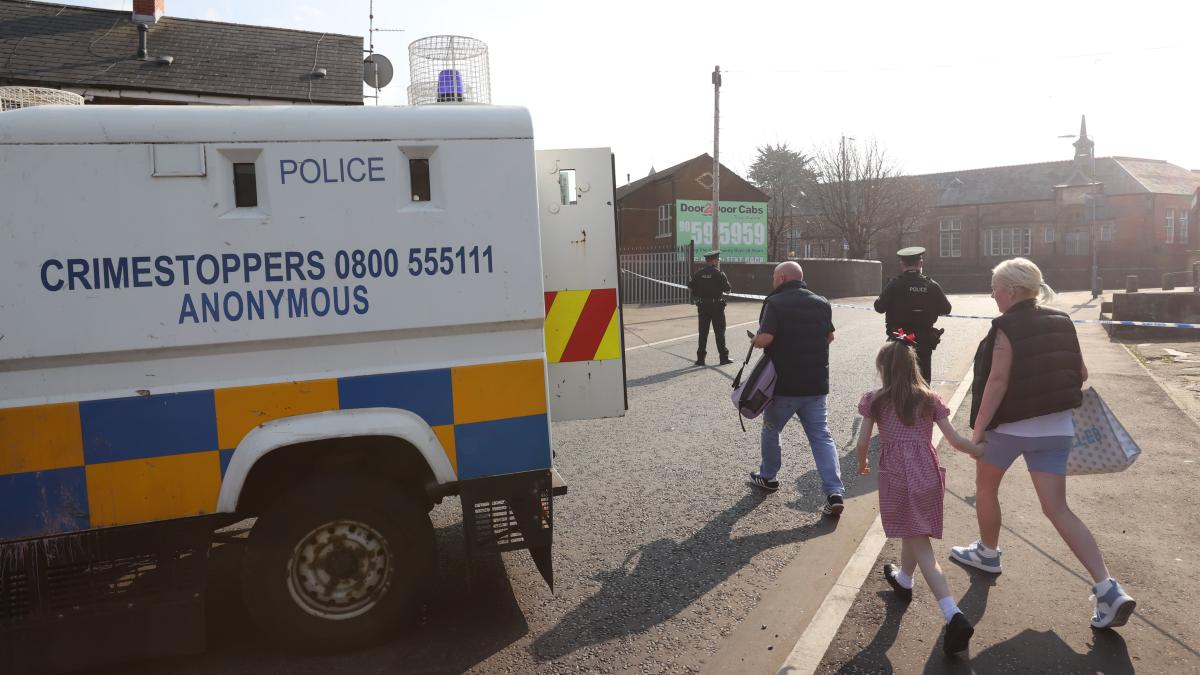 Two people remain in custody as police investigate a security alert in Belfast that led to the Irish Foreign Minister being evacuated from a peace event.

The UVF is suspected of being involved in the incident where Simon Coveney was evacuated from an event organized by the John and Pat Hume Foundation in North Belfast.

The Houben Centre, on Crumlin Road, was evacuated and a funeral at the nearby Holy Cross Church was interrupted.

Police said the driver of a van was threatened by two armed men and forced to drive a device he believed to be an active bomb into the church.

The Northern Ireland Police Service said detectives from the Serious Crimes Section had arrested the man under the Terrorism Act and that he was being questioned at the Musgrave Serious Crimes Suite.

A 38-year-old woman is also being questioned by police in connection with the incident.

A spokesman said he was in custody assisting police with their investigations.

It comes after the Serious Crime Section conducted searches in the Ballysillan and Springmartin areas of north and west Belfast on Saturday night.

An alleged firearm, two vehicles, a quantity of controlled drugs and a large sum of cash were seized.

Friday’s incident was condemned by politicians from across the political spectrum.

Secretary of State Brandon Lewis described the actions as “reprehensible”.