“Turned into a fortress”: Klitschko: half of Kiev residents have fled 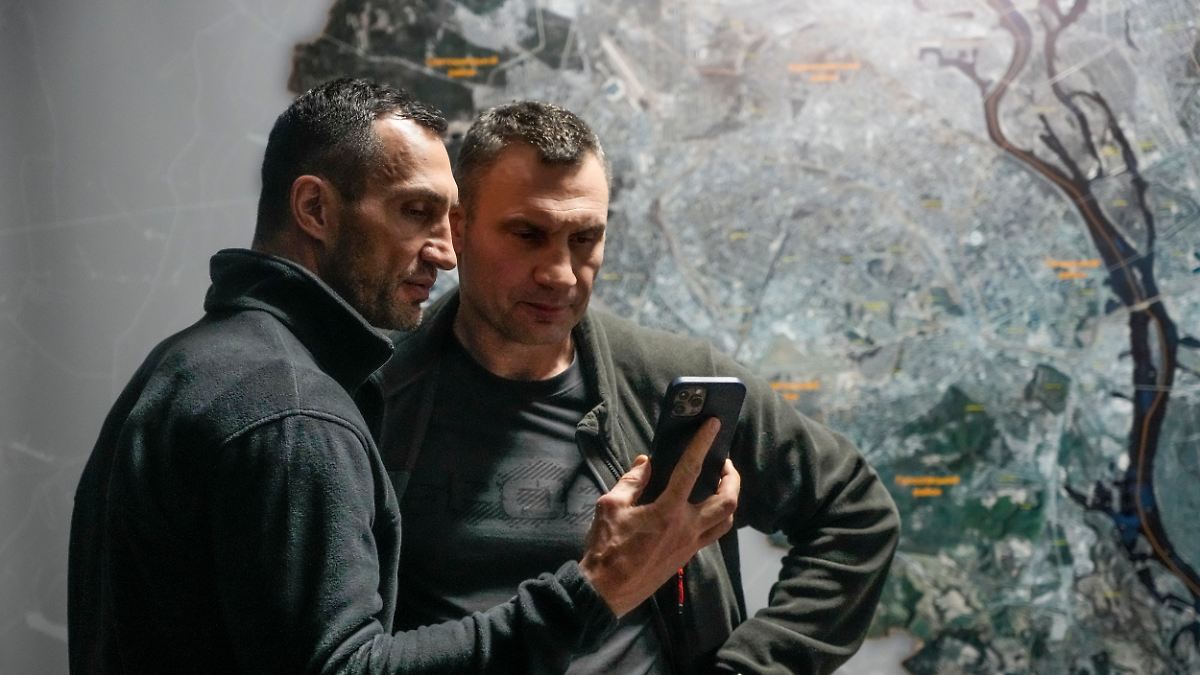 “Turned into a fortress”
Klitschko: half of Kiev residents have fled

Before the war, 3.5 million people lived in the Kiev metropolitan area, and almost two million of them have already left the Ukrainian capital. So says Mayor Vitali Klitschko. According to him, Kiev has “become a fortress.”

According to the mayor of Kiev, half of the residents of the Ukrainian capital have fled since the start of the Russian war of aggression against Ukraine. “According to our information, one in two residents of Kiev has left the city,” Mayor Vitali Klitschko said on Ukrainian television.

“Every street, every building, every checkpoint has been reinforced,” Klitschko said. “Kiev has become a fortress.” Almost two million inhabitants of the capital fled; About 3.5 million people lived in the Kiev metropolitan area before the war.

In the morning, the Ukrainian general staff said that the Russian armed forces had continued their “offensive operation” to encircle the capital overnight. AFP reporters saw how the armored vehicles belonging to the Russian units approached the northeast corner of the capital. Ukrainian soldiers reported heavy nightly skirmishes for control of the main access road to Kiev.

Vitali Klitschko and his brother Wladimir want to stay in Kiev and continue to assure them that they will not leave the country. “If I left, it would be treason and I would never be able to look at myself in the mirror again,” Vitali told “Welt am Sonntag.” “Of course you can be somewhere else,” Wladimir added in the same interview: “But you have a home.” A few days ago, Vitali Klitschko told the ARD “Morgenmagazin”: “If I have to die, I will die. It is an honor to die for your country, for all those who love your country.” When he wakes up in the morning, he thinks it’s all a dream, he added. “But unfortunately it is a reality.”