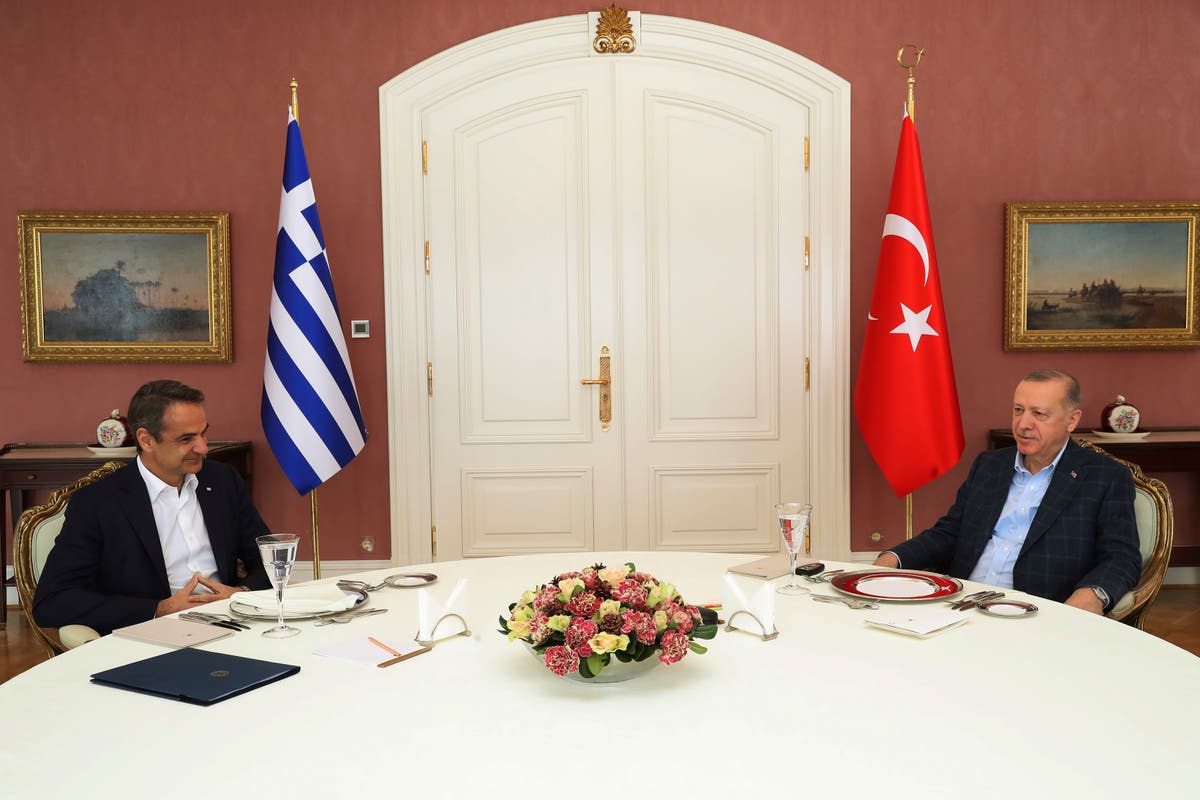 Greece’s prime minister met Turkey’s president over lunch in Istanbul on Sunday in a rare meeting between neighbors who have been at loggerheads over maritime and energy issues, the status of the Aegean islands and migration.

Greece and Turkey are nominal NATO allies but have strained relations over competing seas to reflect that the two leaders clashed over border claims affecting energy exploration rights in the eastern Mediterranean. Tensions flared in the summer of 2020 over exploratory drilling rights in areas of the Mediterranean where Greece and Cyprus claim their own exclusive economic zone, leading to a naval standoff. Turkey also claims that Greece is violating international agreements by militarizing islands in the Aegean Sea.

Since then, Greece has embarked on a major military modernization program. Officials from both countries resumed exploratory talks in 2021 after a five-year hiatus to lay the groundwork for formal negotiations to begin, but have made little progress.

Greece has also accused Turkey of allowing migrants to cross its land and sea borders despite an agreement with the European Union to prevent illegal crossings, while Turkey and human rights groups have documented the Greek authorities’ practice of making push back immigrants to Turkey.

But the two countries are also cooperating on energy projects, including a newly built gas pipeline that stretches across their countries and transports natural gas from Azerbaijan to Western Europe, a project that is part of Europe’s effort to reduce dependence on Russian energy exports.

Mitsotakis began his visit by attending a service for Orthodox Christians at the Ecumenical Patriarchate of Constantinople.